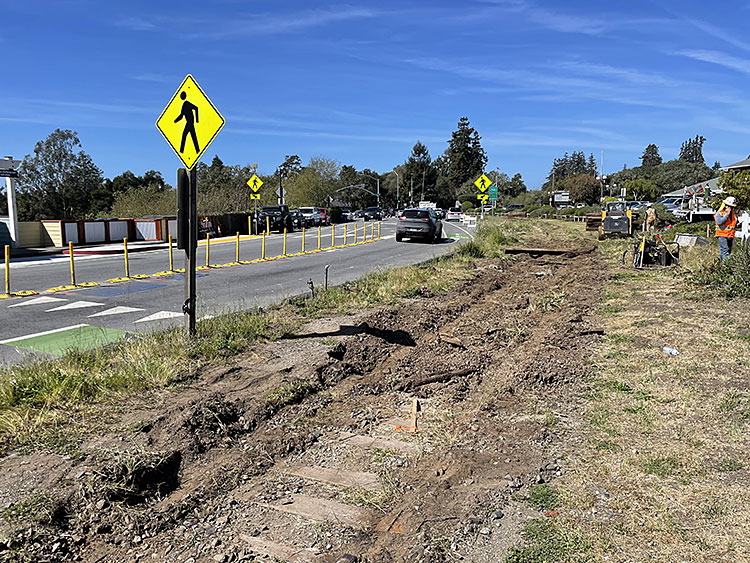 Everyone in Aptos Village is talking about the railroad tracks being removed. 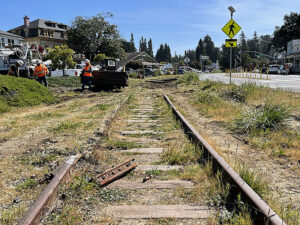 I thought it might be a project by the Santa Cruz County Regional Transportation Commission, which owns the rail line, but it’s actually a county project.

On March 11, County Public Works announced construction of the Parade Street railroad crossing would begin March 14 and conclude June 30, with potential delays due to lane closures during work hours, 8:30 a.m. to 4:30 p.m.

The contractor is Anderson Pacific.

According to a March 18 county blogpost on Aptos Village Phase 2B, “The project is very close to completion. The new paving has been installed and striping is nearly complete. Most of the utilities have been raised. Only a few items remain … Signals are scheduled to be energized March 30.

All village businesses will remain open during construction.

Is the new railroad crossing going in?

Yes, the Parade Sreett railroad crossing is currently being constructed by the developer.

Due to delays is material procurement, we anticipate construction will be completed by August 2022.

This project is being managed and constructed by the developer and we are not privy to their construction costs.

Construction of the Parade Street railroad crossing is included in the Improvement Plans for the Aptos Village Phase II development project.

While there have been delays, none of the delays were cause by any single or two reasons … there are a myriad of factors.

Watch for updates at aptosvillageimprovement.blogspot.com

Farewell to a Friend