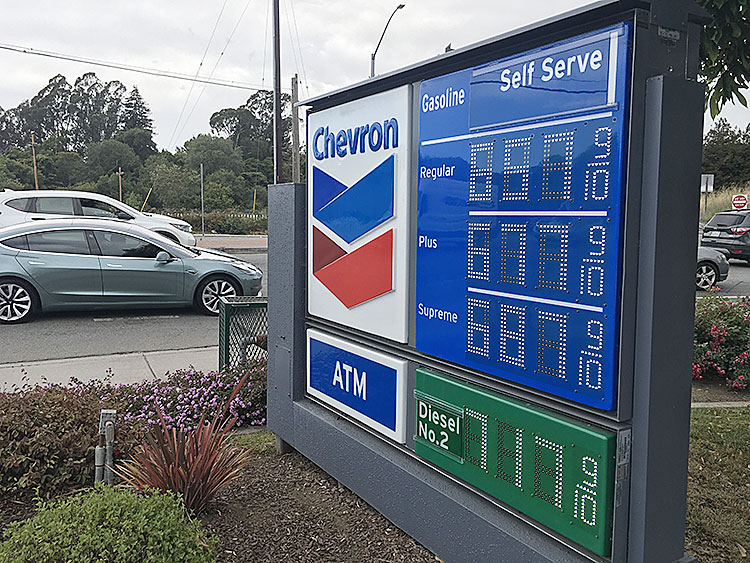 Editor’s note: This statement came from the White House on June 22, when many gas prices in Santa Cruz County top $6.50 per gallon.

The price of gas is up dramatically around the world, and by almost $2 per gallon in America, since Putin began amassing troops on the border of Ukraine. President Biden understands that high gas prices pose a significant challenge for working families.

That’s why he has taken action in recent months to boost the supply of oil and gas, including an historic release from the Strategic Petroleum Reserve, and encouraging oil companies and refiners to boost capacity and output to get more supply on the market.

Today, he is calling on Congress and states to take additional legislative action to provide direct relief to American consumers who have been hit with Putin’s Price Hike.

Specifically, he is calling on Congress to suspend the federal gas tax for three months, through September, without taking any money away from the Highway Trust Fund. And he is calling on states to take similar action to provide some direct relief, whether suspending their own gas taxes or helping consumers in other ways. 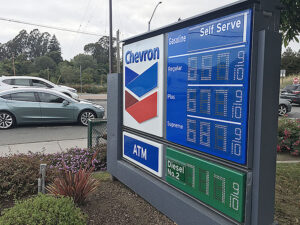 But in this unique moment, with gas prices near $5 a gallon on average across the country, President Biden is calling on Congress to suspend the gas tax for three months — until the end of September — to give Americans a little extra breathing room as they deal with the effects of Putin’s war in Ukraine.

The President is also calling on Congress to make sure that a gas tax holiday has no negative effect on the Highway Trust Fund. With our deficit already down by a historic $1.6 trillion this year, the President believes that we can afford to suspend the gas tax to help consumers while using other revenues to make the Highway Trust Fund whole for the roughly $10 billion cost. This is consistent with legislation proposed in the Senate and the House to advance a responsible gas tax holiday.

President Biden understands a gas tax holiday alone will not, on its own, relieve the run-up in costs we’ve seen. But the President believes that at this unique moment when the war in Ukraine is imposing costs on American families, Congress should do what it can to provide working families breathing room.

In addition to federal gas tax relief, the President is calling on state and local governments to provide additional consumer relief.

Already, some states and local governments have acted: for example, in Connecticut and New York, governors temporarily suspended their gas taxes, and in Illinois and Colorado, governors delayed planned tax and fee increases. And, around the country, in states like Michigan and Minnesota, states and local leaders are considering a number of forms of consumer relief – from temporary suspensions and pauses on state sales tax on gas to consumer rebates and relief payments.

The President believes more states and local governments should do so.

Today’s announcements follow a series of actions the President has taken to lower gas prices for American families.

At the same time, the President understands our efforts to increase energy production in the near-term must be coupled with medium- and long-term efforts to transition our economy away from fossil fuels produced by autocrats and to clean energy.

At Some Point in Life, Everybody Needs Help

Planning Ahead for the 3G Shutdown

Afghanistan: Let’s Talk About It