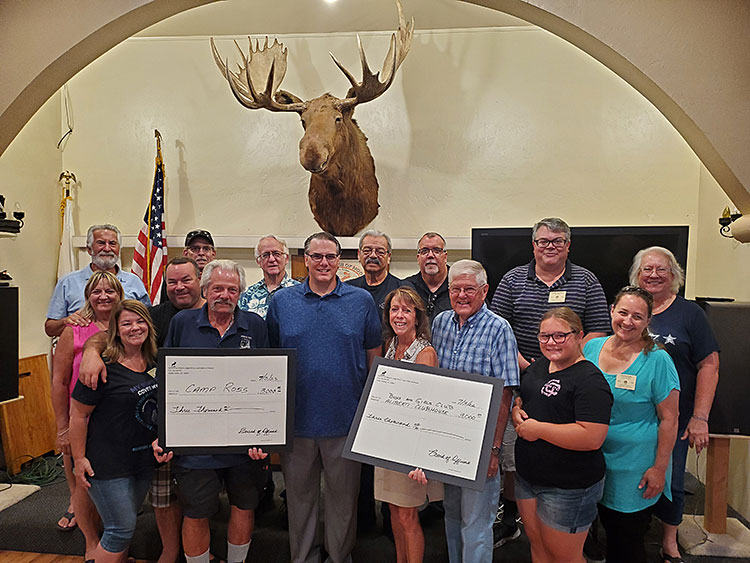 We’re celebrating the generous and supportive community of Scotts Valley!

There were real questions if Scotts Valley could bring back the annual Independence Day Fireworks Celebration this year after a 3-year absence due to the pandemic. Because of the generosity of our community with both time, merchandise and financial support, we enjoyed one of the best Independence Day Celebrations ever! 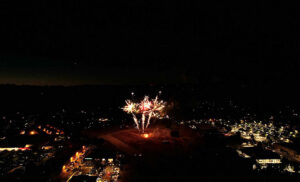 Scotts Valley lost much staff, the Parks & Recreation Division and Park Advocates the past 3 years. City Manager Malia LaGoe arrived mid-January and heard the importance of this favorite community family event. With the late start, many professional vendors were booked, but holding the event on July 3 resolved this issue. Still, without the resources we’ve had in the past, bringing back an event this large was daunting. True to form, our community stepped forward to make it happen!

The Scotts Valley Educational Foundation offered to partner with the City, taking over the Kids Zone. Eugene Bustichi offered to take the lead providing the BBQ with the Santa Cruz Moose Lodge even though they’d never handled something this large. Ron Clements of Scotts Valley Market/Crown Catering provided a freezer trailer. Having done the BBQ through the years, Ron also provided guidance & information for the Moose Lodge.

Both the Scotts Valley Educational Foundation and the Moose Lodge donated the funds raised to local youth programs!

After the CZU Lightning Fires and current drought conditions, there were safety concerns to consider. Meetings were held with Scotts Valley Fire Department and local fire officials to ensure the event could be provided safely. Scotts Valley Fire provided staff at the site of the Fireworks. To support the community, they waived the typical fees for their assistance. 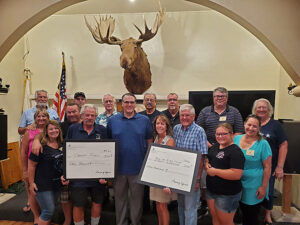 The City also received incredible support from local businesses who offered support of services or merchandise which was greatly appreciated. Thanks to Silver In-Kind Sponsors: A Sign ASAP, Business with Pleasure, Music Now DJ, Scotts Valley Market, and Swag Lab Promo. Thanks to Bronze In-Kind Sponsors: Erik’s Deli Café, Teller Express, and Togo’s! Even though businesses have been struggling, they stepped forward to support in many ways!

This year the parade was the most well-attended yet and many community members volunteered to assist. Because the parade fell on July 3, we were delighted to have the Watsonville Community Band join us. They have been unavailable in the past as they perform in the Watsonville Parade on July 4! Special thanks to the Scotts Valley Sportsmen’s Club who provided 11 members to assist with traffic safety along the parade route. 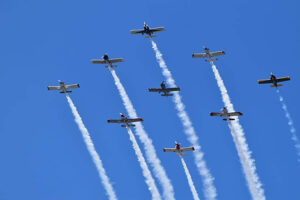 A favorite part of Scotts Valley’s Independence Day Celebration has been the spectacular “Flyover” for the parade. The owner of Little Tampico, Said Karssli, has coordinated the flyover for many years. Several pilots travel from all Northern California and Washington to participate. The pilots fly planes built from kits and donate their time and gas as a gift to our celebration! A sponsor covers the cost of the oil that creates the smoke that adds to the spectacular display these pilots create with many hours of practice!

A young man, Christian Carney, recently started Digital Flight, a drone business. He volunteered his services to film the parade and fireworks celebration. His video and photos are included on the City’s 4th of July Celebration social media page and the City’s page! One of his photos of the fireworks is included here.

It was only with this wonderful community support that the City of Scotts Valley was able to bring back this favorite community event. I am so proud to be part of a community that always steps forward to support one another in times of need. With the strong attendance, it was obvious how much the community wanted the return of the Parade, Flyover and Fireworks Celebration. It was also heartwarming to see the significant funds raised for our schools and youth! Thank you all!

Training to Avert a Tragedy