On Friday, Albaro Montalvo Amaral, Jr. was sentenced to 127 years to life in prison for the murder of Kevin Medina Lopez on a rural Santa Cruz Mountain Road. 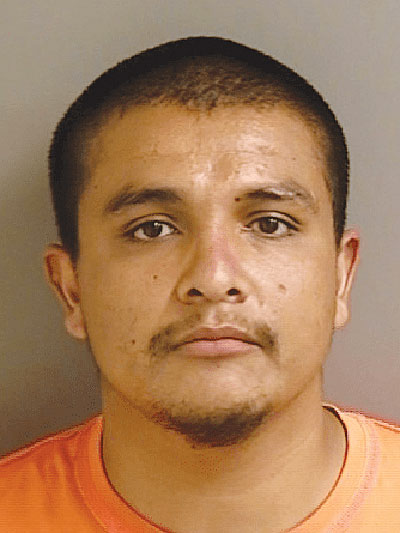 The length of the sentence was based on the number of crimes he committed during the killing and his criminal history.

On June 14, 2020, Amaral shot Medina Lopez in the back of the head with a small-caliber firearm.

He then turned the firearm to two female witnesses, shooting one in the hand and face, and attempting but failing to shoot the other. Both women were able to flee the area and survived the assault. The defendant also fled the scene, taking Medina Lopez’s vehicle and evading apprehension for several weeks. With the assistance of other individuals, Amaral set the stolen vehicle on fire and got rid of the weapon used to commit the murder.

He was charged with allegations of murder, attempted murder, carjacking, intentional discharge of a firearm, being a felon in possession of firearms and ammunition, and having previously been convicted of a serious or violent felony.

At a jury trial, which began in late August, Amaral was found guilty of all charges and special allegations.

“I am grateful that Kevin’s murderer has been brought to justice. I hope this outcome brings his family and the surviving victims some closure,” said McCormick.

Cabrillo VP Charged with Embezzlement at his Former...