On Nov. 17, Amanda Ray was sworn in as California Highway Patrol commissioner, making her the first woman in its 91-year history to lead the largest state law enforcement agency in the nation. 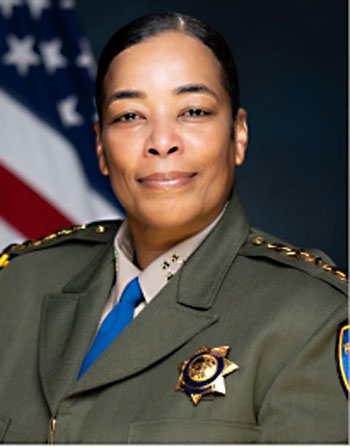 Gov. Newsom appointed Ray as the 16th CHP commissioner on Oct. 20, after Warren Stanley announced his retirement after 38 years.

Ray began her career with the CHP in 1990, rising through the ranks to be appointed deputy commissioner in February, the first African-American woman to hold that post.

She has served as incident commander during several high-profile events, including the agency’s response to COVID-19, civil unrest, and wildfires.

She was the first woman assigned as the Special Response Team Tactical Commander during Super Bowl 50 at Levi Stadium in Santa Clara.

Her goal is to serve and safeguard communities with compassion and understanding.

She earned a bachelor’s degree in psychology from UC Berkeley. 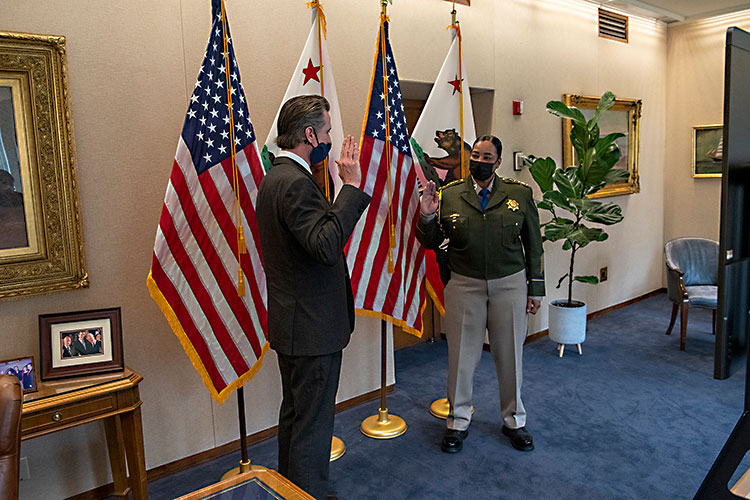 Amanda Ray is sworn in as CHP commissioner, the first woman in that post, by Gov Newsom.

“I am thankful to Gov. Newsom for trusting me to lead this exceptional organization and honored to follow in the footsteps of many innovative leaders who have come before me, including my friend, Warren Stanley,” Ray said. “I would not be where I am today without the foresight of those in 1974 who decided to give women the opportunity to become CHP officers, paving the way for many women to assume leadership roles in the department.”

She added, “I look forward to further guiding the department and its 11,000 women and men in engaging with the communities we serve to ensure California remains a safe place to live, work, and visit.” 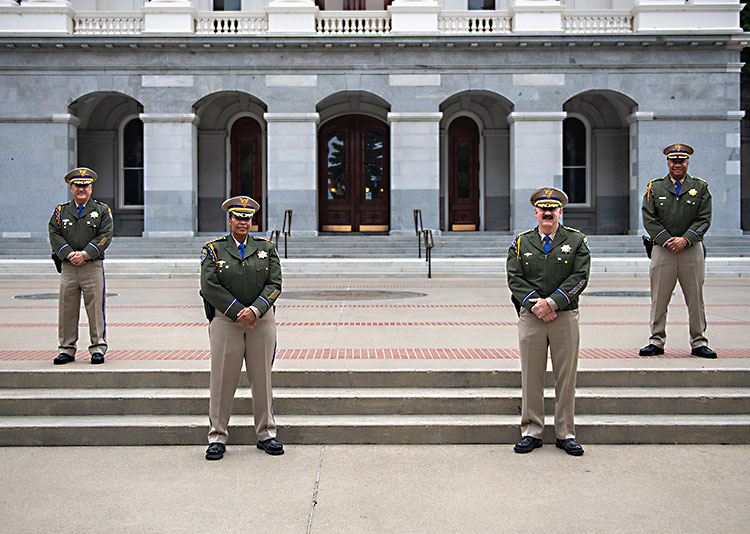 Ray has appointed two members to her executive management team. They are Jim Epperson as deputy commissioner, her second-in-command responsible for the day-to-day operations, and Ryan Okashima as assistant commissioner/staff, who will oversee the administrative functions, including a $2.8 billion budget, departmental training, information technology, and personnel administration.

In August 2020, Rich Stewart was promoted to assistant commissioner/field, responsible for patrol and air operations throughout the state as well as protective services.

The California Highway Patrol was created in 1929 to provide uniform traffic law enforcement throughout the state.  Assuring the safe, convenient and efficient transportation of people and goods on our highway system is still our primary purpose.

$100 Million For Pedestrian Safety in California

“American Pickers” to Film in California