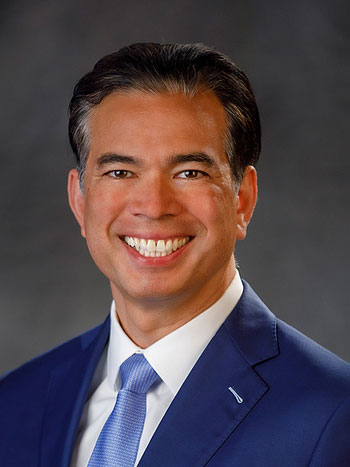 The defendant owned a network of third-party debt relief businesses based in Orange County. They employed managers and sales agents to operate multiple call centers that contacted individuals across the country promising to reduce or eliminate their federal student loan debt. Instead, the owner, as well as four call center managers and two sales agents allegedly stole over $6,130,000 in less than three years from over 19,000 victims, including 3,000 in California.

Two additional defendants have been arrested for their alleged connection to this scheme.

All of the defendants face multiple counts, including grand theft by false pretenses, computer access and fraud, and unauthorized use of personal identifying information. The lead defendant has been charged with all 87 counts of the indictment, as well as special allegations for money laundering in excess of $2.5 million and aggravated white-collar crime.

“Millions of Californians — myself included — know what it’s like to finish your education, only to start the often decades-long journey of paying off your student loans,” said Bonta. “Life happens, and whether it be because a person is out of work, faces an unexpected medical bill, or other life change, many struggle to make those monthly payments. When greedy companies prey on vulnerable individuals and use misleading tactics to steal from them, they must be held accountable. I’m thankful to our local and federal law enforcement partners for their work in this investigation. Now, the work begins to bring to account those responsible for these alleged actions.”

“The victims are the most important people to remember in this case,” said Orange County Sheriff-Coroner Don Barnes. “All of the work of the entire team, including OC Sheriff’s investigators, is well worth the effort to provide justice for unsuspecting students who thought they were paying off student loans. While it’s an unfortunate reality, scammers will take advantage of victims for their personal financial gain. The best defense against these scams is to be informed about different types of fraud and how you can avoid becoming a victim.”

“This case demonstrates our shared commitment to protecting the U.S. taxpayer’s investment in the Federal student loan programs and we’re proud to be involved with this State, local, and Federal partnership that brought about today’s actions,” said Tom Harper, Jr., Special Agent in Charge of the U.S. Department of Education Office of Inspector General Technology Crimes Division, the unit that works to protect education programs and network infrastructure by investigating technology crimes. “This should serve as a warning to anyone operating these and other scams aimed at students and student borrowers: you will be caught and held accountable for your criminal actions.”

“The U.S. Postal Inspection Service is committed to protecting the U.S. mail from criminal misuse and is proud to be a part of this large-scale investigation with our law enforcement partners,” said Carroll Harris, Inspector in Charge of the Los Angeles Division. “Together we seek to stop these scammers involved in illegal computer access, fraud, identity theft, and money laundering from continuing to defraud and victimize thousands of individuals located throughout the United States.”

Between 2017 and 2020, sales agents from the third-party debt relief call centers contacted an estimated 380,000 student loan borrowers who were struggling to meet their monthly debt obligations.

These agents allegedly feigned an association with the U.S. Department of Education and, without authority to do so, guaranteed borrowers enrollment in programs to lower their monthly payments and result in loan forgiveness. If borrowers became suspicious or unsure, the agents would allegedly apply more pressure by implying that their company was the only way to enroll in these plans and that their offers only applied for a limited time.

By leading victims to believe they were with the U.S. Department of Education or that they were a commercial entity with the power to acquire loans or enroll students in a federal loan forgiveness plan, the call centers allegedly led borrowers to divulge personal identifying information and then used that information to access and make changes to borrowers’ Federal Student Aid accounts without consent. Allegedly, many victims also unknowingly signed a third-party authorization form or a power of attorney agreement that purported to give the third-party debt relief centers authorization to make decisions on their behalf.

Each victim paid — or was scheduled to pay — the third-party call centers upfront fees and additional monthly fees totaling over $1,000 for services federal loan servicers provide at no cost. Most victims believed these payments were being applied by the third-party call centers toward their student loan debt when, in reality, they were not. This belief led many of the victims to stop making their monthly payments on their actual student loans, which resulted in late payment notifications, increased loan balances, and sometimes, defaulting on their student loans.

Visit www.studentaid.gov/resources/scams for more information about how to avoid student aid scams.

The case was investigated by the Orange County Sheriff’s Department, the U.S. Postal Inspection Service, and the U.S. Department of Education’s Office of the Inspector General. The California Department of Justice’s eCrime Unit will handle the prosecution.

It is important to note that a criminal indictment contains charges that must be proven in a court of law. Every defendant is presumed innocent unless or until proven guilty.

Cabrillo VP Charged with Embezzlement at his Former...