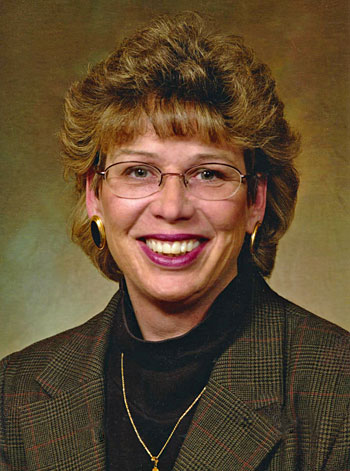 Editor’s note: The Wisconsin governor ordered flags at half-staff for my sister, who died May 28 after fighting pancreatic cancer. She wrote this obituary.

I was born on Sept. 9, 1954, the second daughter of eight children of my parents, Norma N. (Anderson) and Marcus J. Gumz. We lived in Sauk County, WI. I went to Baraboo High School, earned my bachelor’s in art with an emphasis in psychology from Ripon College, and later in life earned my law degree from the University of Wisconsin Law School. 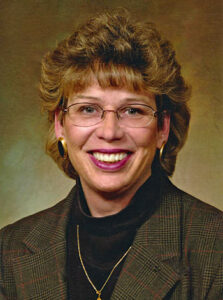 I was married to Jim Albers for 20 years and we have a son, Joel. I am married to Steve Anders now and we’ve been going strong since 2004. I’ve had a blessed life as a farmer, a legislator, and a lawyer in addition to wife, daughter, mother, grandmother, sister, aunt, and friend.

In my young life, I farmed with my family, producing mint oil and soybeans. Rough work. I worked in the potato grading line, picked and sold sweet corn at a roadside stand, and learned to operate nearly every piece of farm equipment we had.

I prepared payroll and financial reports while singing in choir and participating in Pep Club, French Club and Tri-Hi-Y, and enjoying weeknight skiing at Devil’s Head and Cascade, where I first got to know my future husband, Steve! But first…

The college years included working three jobs to pay for school, mainly in Wisconsin Dells. I went first to Carroll College, then to Ripon. I’d bring home fellow students to live and work on our farm during the summers. After college, due to my mom’s health issues and my dad’s urging, I went back to the farm to help out.

I have good memories of my adult time on the farm. I became active in the county Republican Party, served on the Sauk County Farm Bureau Board, got my private pilot’s license and owned a Terratorn Ultralight, and was named Sauk County Miss Farm Bureau.

In 1991, I was elected to the Wisconsin State Assembly in a special election and served until my retirement in 2009. I worked hard on behalf of my constituents. I earned my law degree in 2004, then got my Madison College certificate in human resources in 2009. I practiced law and I worked in human resources at the Department of Corrections. When I wasn’t doing that, I really enjoyed traveling, sometimes to see my chosen “family around the world” with Steve.

I was quite the seamstress, sewing, tailoring, and devising garments for a variety of occasions. I was crafty, creating gifts for friends. Experiencing world travel and the amazing art in our world fed my soul. Going to races with Steve, enjoying the company of friends, hosting dinners, planning events, and digging deep in conversation to really connect with others … these were meaningful and crucial to my life.

I strove to live a life of faith and loyal service. My perspective was to do what I could while I was here and leave others in a better place after I’m gone.

My parents died before me.

To honor family members who have lived with the challenge of Huntington’s disease, consider sending memorials to the Huntington’s Disease Society of America.

Desmond Tutu: A Beacon of Faith and Humanity