Bobcats Star in Wildlife Photo of the Year 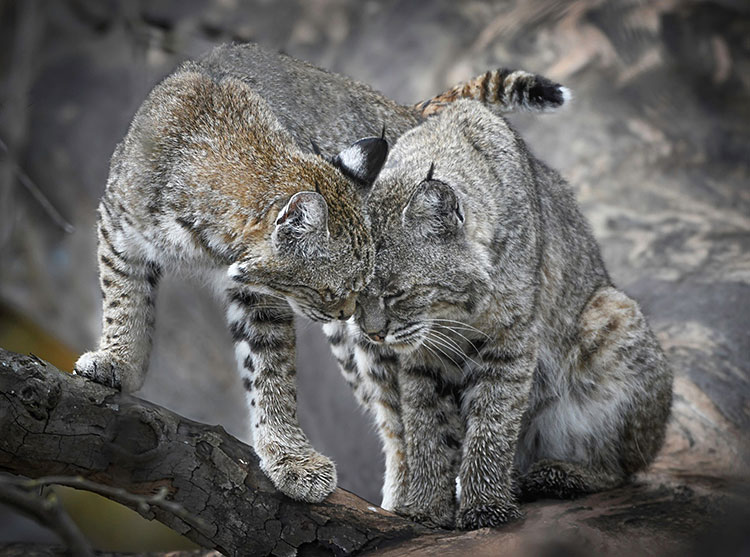 Livermore native Sue Crow Griffin’s image of affection displayed by a mother bobcat to her offspring along an Alameda County walking path has earned the 2021 grand prize in the 10 th annual California Wildlife Photo of the Year contest. 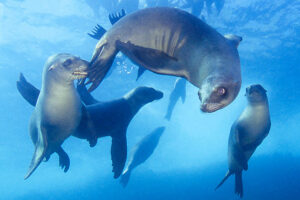 In a virtual celebration, California Department of Fish and Wildlife Director Charlton H. Bonham named Griffin’s photograph the best among all entries in the yearlong contest. The contest is presented by California Watchable Wildlife and CDFW’s Outdoor California magazine and sponsored by the Sierra Nevada Conservancy and Out of This World Optics.

“When you see this image, your jaw will drop,” said Bonham. “What’s special about this particular image is the way it shows emotion. There’s caring here, love and a sense of tenderness. And on top of that, it’s just a super cool photograph.”

Traditionally the winner’s legislative representative invites him or her to the floor of the California Legislature to announce and honor the winning photo. For the last two years, the presentation has been virtual due to pandemic restrictions.

Griffin recalled how she captured the shot. She said the adult bobcat had just called the youngster to her to offer a fresh caught ground squirrel. The pair greeted each other on the limb of a felled tree before the youngster accepted the squirrel and disappeared into the wooded background.

“I know we’re not supposed to put human emotions on the cats, but it was just so tender,” she said. “The mom had brought back the food; the kitten had eaten and then they were sharing some time on this log and then they butted heads—it was just precious.” 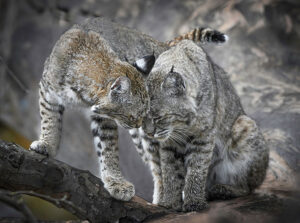 Griffin began walking as a way to improve her health and eventually started taking pictures of what she would see on her journeys. She discovered all sorts of wildlife on her daily outings, ranging from bald and golden eagles to coyotes, foxes and a wide variety of birds. But the bobcats are what did it, she said, noting that she didn’t have any experience with photography prior to her walks.

Bonham selected the grand prize winner from 17 finalists. The contest had a record 741 entries this year.

In addition to Griffin’s bobcat photograph, the finalists on display include: