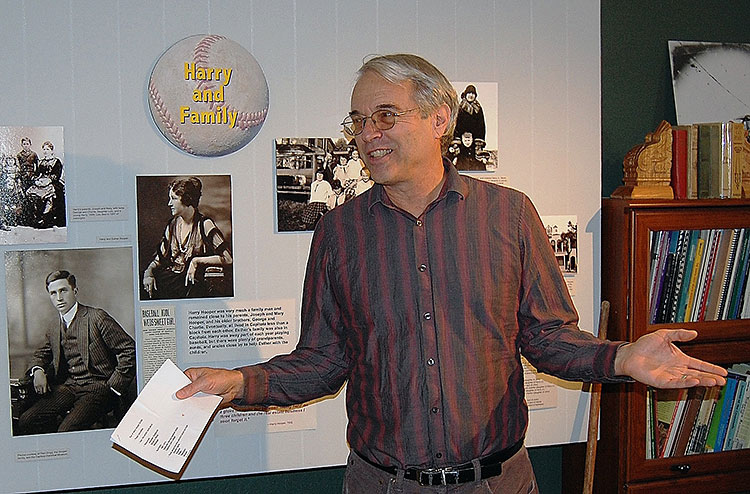 After eight years at the helm, Frank Perry retired June 30 as museum curator for the Capitola Historical Museum.

“Altogether, my predecessor Carolyn Swift and I poured 28 years of love and care into this little museum,” Frank said. “We did everything from accepting gifts of rare artifacts to washing windows. This was never ‘just a job,’ it was a passion.”

Retiring Museum Curator Frank Perry at the opening of the 2014 “Take Me Out to Capitola” exhibit about local baseball star Harry Hooper. • Photo Credit: Niels Kisling

He added, “From the very first day, the museum board, museum volunteers, city staff, and people of Capitola were exceptionally welcoming. I cannot think of a better way to have wrapped up a 50-year career in museums. The curator job gave me the opportunity to apply all that I had learned over the years about running a museum. I had plenty of opportunities to build exhibits, give lectures, produce videos, and do publications—all things I love to do. Most importantly, I got to delve deeply into Capitola’s wonderful history and share what I learned.”

Your Capitola Museum is lucky to have Deborah Osterberg as our new curator. She has come home to Capitola once again, but when Deborah goes home, she goes home to Bonny Doon and the redwoods that she adores.

Her journey began in grade school in Capitola. She was first a Capitola Viking then went on to graduate as a Knight from Soquel High School in 1979.

Deborah graduated in 1984 from Chico State as a history and geography major, and later took graduate classes at UC Santa Barbara in cultural resource management. Her extensive service to National Park Service parks and monuments reads like several seasons of a reality TV travel show. 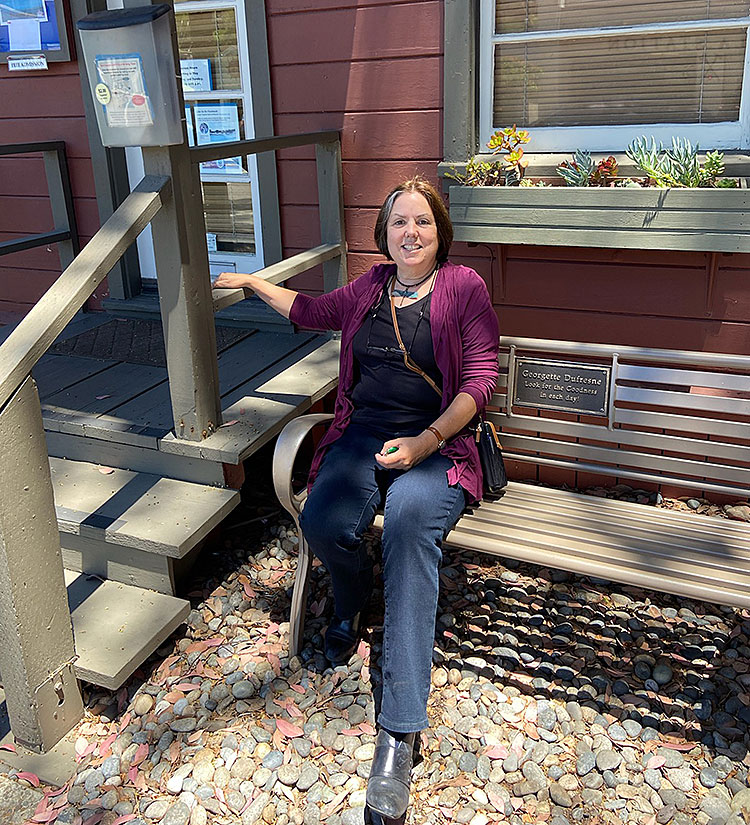 Needless to say, if you want to find, store, file or research something, Deborah is your top pick.

Deborah put her career on hold to come home in 2014 to organize the estate of her father who passed away after a life well-lived. Last year Deborah evacuated for a month from her home in Bonny Doon due to the CZU Complex Fire. The residents who remained behind saved the homes on her road by being prepared with equipment needed to fight the ground fire.

In the nick of time, however, a fire crew showed up to douse fire developing in the tree line—a fire that the neighbors may not have been able to handle.

Deborah published a book while her career was on hold. The book, Historic Tales of Henry Cowell Redwoods State Park – Big Trees Grove, is a must-read and proves that the redwood forest is deeply imbedded in her soul.

Once we are past Covid, Deborah hopes to develop some costumed walking tours of the Village. She is excited about the Museum’s future and very proud to be the one chosen to tell the history of her hometown.

The transition from Frank to Deborah has been smooth sailing so far.

The Museum’s current exhibit “Capitola – Then & Now” was installed in the spring of 2020 but was only open to the public for a few weeks due to the pandemic shutdown. That is why it was decided to keep the exhibit up through 2021 so everyone can enjoy Frank Perry’s hard work on the final exhibit he created for the Museum.

The admission-free Capitola Historical Museum at 410 Capitola Ave. is open on Saturday and Sunday from noon until 4 p.m.

Under Deborah’s direction we recently published our latest newsletter. Capitola Sunset Summer 2021 is available on the Museum web site: https://www.cityofcapitola.org/capitola-museum

Your Capitola Museum Board is honored to serve Deborah Osterberg, and, at the same time, we are happy for Frank Perry in his retirement. That is a win/win for you and for our hometown museum.