Editor’s Note: John Wilson spent his entire career with the Scotts Valley Police Department, and now he’s retiring on Dec. 4. Ordinarily this would mean farewell gatherings with friends and co-workers but because of the COVID-19 pandemic, that won’t happen. So the Scotts Valley Times asked Police Chief Stephen Walpole and Wilson’s co-workers to talk about his contributions to the community.

John Wilson is a 28-year veteran of the Scotts Valley Police Department, having served the last two years at the rank of captain. 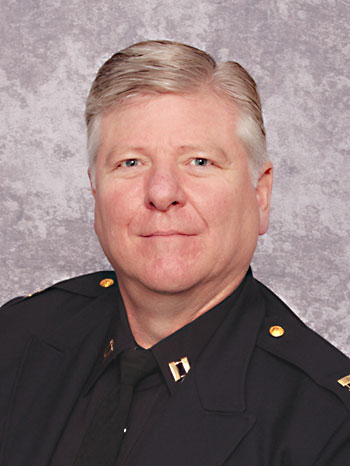 He was hired by the Scotts Valley Police Department as a patrol officer in 1992. He worked his way through the ranks, serving as a field training officer, juvenile detective, sergeant, lieutenant, and was appointed captain on April 20, 2019.

He was the department’s second instructor in the Drug Abuse Resistance Education program, teaching for four years. He started the Middle School DARE program and led the Police Activities League during his tenure as juvenile detective. He received the Outstanding Juvenile Officer award from the Criminal Justice Council for his efforts.

Captain Wilson was intensely involved in all aspects of the training program at the Scotts Valley Police Department. As a fourth-degree black belt, he instructed his co-workers in defensive tactics, firearms, Taser, chemical agents, impact weapons, and diversionary devices.

He was also an “Active Shooter Response” instructor for both law enforcement and civilians. He used his knowledge of active shootings to conduct numerous site inspections for threat assessments. 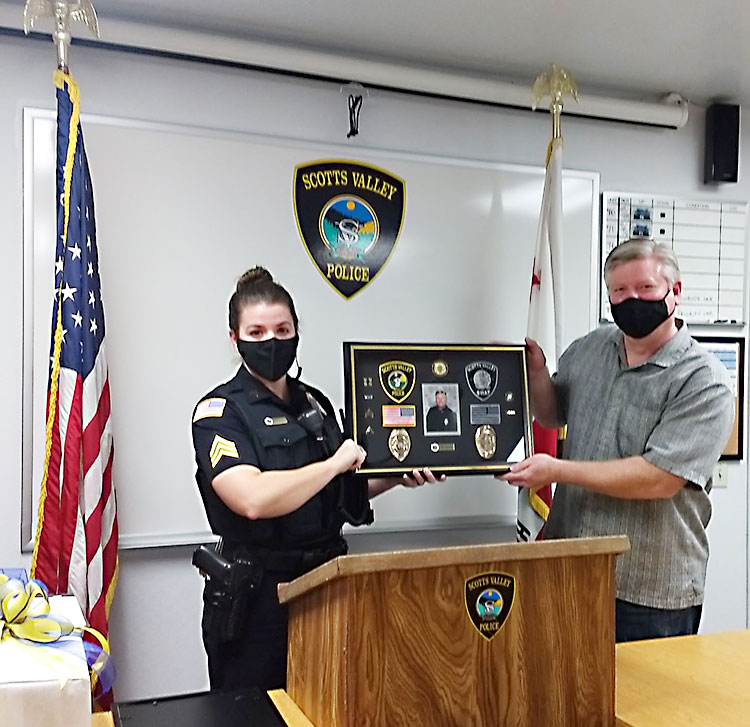 Captain Wilson also taught the next generation of law enforcement officers as an adjunct instructor for Cabrillo College’s Criminal Justice program for the past twenty years, and at the South Bay Public Safety Regional Training Police Academy for over ten years.

Captain Wilson has worked within the community, both in a professional and a personal way. He served as the chairperson for the Santa Cruz County Commander’s Association, was a past president of the Scotts Valley Police Officer’s Association, a board member of the Cops N’ Rodders charity foundation, volunteered for the Fallen Officer Foundation, and was a past president and board member for the Scotts Valley Exchange Club. Captain Wilson is a member of the California Police Chief’s Association, International Association of Chiefs of Police, and the FBI National Academy Associates. 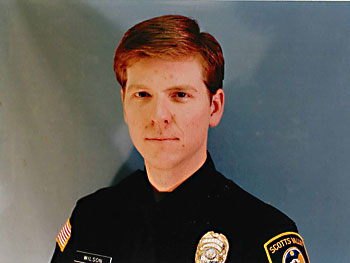 During his career with the Scotts Valley Police Department, Captain Wilson has received numerous Employee of the Month Awards, Commendations and positive letters from the community. He was the recipient of the Officer of the Year award for 1997 and 2007.

Chief Walpole said, “John has been a pleasure to work during my time here at the Scotts Valley Police Department. Everyone at our agency will miss his leadership and the local wisdom he had accumulated after serving our local community for nearly thirty years. We all wish him the best in his retirement and the next phase of his life.”

City Council member Donna Lind, who worked with Wilson during her long career with the Scotts Valley Police, echoed Walpole, saying, “John has been a pleasure to work with … He has always had a passion for training and has been instrumental in updating training policies and operational manuals. John has a background in martial arts and through the years brought in martial arts instructors to assist with hands-on training and other innovative training. John has spent many years teaching law enforcement procedures to criminal justice students at Cabrillo College.”

She added, “John has supported the Department’s work with Special Olympics including participating in the Polar Plunge fundraiser and other events. He has also been active with the Scotts Valley Exchange Club and several community events including the Blue & Gold Dinners honoring the Firefighter of the Year and Police Officer of the Year.”

Lind, founder of the Fallen Officer Foundation, said Wilson created tribute videos for first responders who were lost or who assisted during times of crisis.

“John’s computer skills and audio/visual skills have been a valuable asset for many programs and in providing beautiful video memories for many SVPD employees in their retirement,” she said. “It’s sad that due to COVID-19 we won’t be able to provide a similar tribute for John.”

“Early in his career he revolutionized our police training program, implemented realistic training scenarios, and modernized our training records with updated computer programs,” Weiss said. “John used his background as a black-belt martial arts expert to improve our juvenile programs with popular self-defense classes. In his off time, John taught criminal justice and police academy courses for many years. His expertise in evidentiary law, search and seizure, use of force, and other criminal justice areas, proved invaluable in shaping and improving our police department’s policies and procedures.”

For co-workers, he created and edited a popular police department newsletter that “informed and entertained our staff,” Weiss said.

He described Wilson’s service as “loyal and steadfast,” adding, “John was a trusted advisor during my tenure as police chief. He was always there with wise counsel, creative solutions, and loyal support. I owe him a debt of gratitude, salute his professional service, and am honored to call him a lifelong friend.”

Businesses In Burn Zone Get Grants

How to Survive the Winter of Your Life

Rossi Family: Can You Help These Scotts Valley...