Gov. Newsom recently proposed what is believed to be the largest economic recovery package in California history. What exactly is part of this recent budget proposal (colloquially called the “May Revise”) and how will some of it impact Santa Cruz County? Here is a look at proposed state budget and some key elements.

The State Constitution requires the Governor to submit a balanced budget proposal to the Legislature by Jan. 10 of each year. This initial budget is generally revised closer to June in the “May Revise” as more details become known about the economic health of the state. Like our local County budget, the budget document outlines the state’s spending plan for the fiscal year beginning on July 1.

Nearly immediately after the introduction in January, the state Legislative Analyst’s Office, the Legislature’s nonpartisan fiscal advisor, publishes a series of reports that review the Governor’s budget proposal. These analyses often inform the budget debate in the Assembly and the Senate and include economic projections, context and background information and possible revisions. Ultimately, the Legislature has until June 15 to pass the budget.

This year’s budget revision from the Governor includes $100 billion in funding with about 90 percent of the proposed increases for one-time costs, many spread over multiple years, and the other 10 percent is for ongoing programs. Total reserves at the end of the fiscal year are projected to total $24.4 billion. 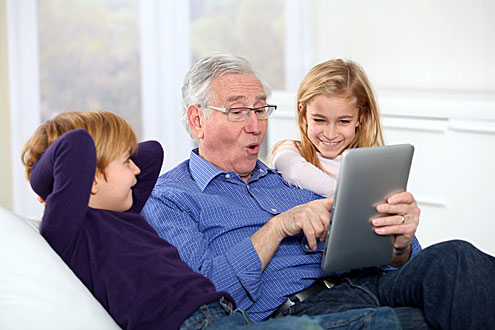 For Santa Cruz County, some of the items of greatest interest include investments to combat homelessness, housing supports for behavioral health, climate, water and forest resilience and broadband infrastructure.

Additionally, the Governor has proposed to provide tax rebates of $600 to $1,100 to many Californians, double rental assistance to $11.4 billion, provide $2 billion of utility bill assistance, and significantly expand tax exemptions, tax incentives, and fund grants to small businesses.

Schools, likewise, will enjoy record-high funding levels. Total funding, including one-time federal funding, in the budget for K-12 public schools will exceed $20,000 per pupil for the first time. In addition, the Governor is proposing universal transitional kindergarten for all 4-year olds. The UC, CSU, and community college systems are also receiving notable increases.

Here is a more in-depth look at some of these line items (and things that could end up providing some level of funding to our county).

For homelessness, the proposed budget includes funding for Project Roomkey—$150 million one-time General Fund to support the stability of the state’s FEMA-funded non-congregate shelter population and transition of individuals from Project Roomkey into permanent housing following the September 2021 sunset of the federal reimbursement. It also includes $2.75 billion over two years for additional acquisitions and rehabilitation of sites through these programs.

The May Revise could provide local funding in different ways. For example, counties will be able to access grant funding for community hardening through a new “Prepare California” program at CalOES. Counties with fairgrounds, and other local facilities that are regularly used for disaster and evacuation, will have access to funding for significant upgrades through a new California Department of Food and Agriculture allocation. Funding for climate adaptation, home hardening, and hazard mitigation is also included.

Specifically, the proposal includes $250 million of one-time funds to develop and implement a new initiative, Prepare California, modeled after a successful FEMA program. It is designed to build disaster-resistant communities through state, local, federal, and private sector and nongovernmental organization partnerships. $150 million is proposed to support the development and enhancement of community resilience centers. Funding could be used to support infrastructure for emergency evacuation, shelter, base camps during emergency events, and critical deferred maintenance. Elements for this infrastructure may include cooling and heating centers, clean air centers, and extended emergency evacuation response centers. These centers could be equipped with community kitchens, shower facilities, broadband, back- up power, and other community needs due to wildfires, floods, and other emergencies or climate events.

For wildfire protection, the May Revision proposes to maintain the Governor’s January Budget proposal with $708 million in 2021-22 to support the Forest Management Task Force’s Wildfire and Forest Resilience Action Plan while adding $38.9 million to support the staffing of three additional California National Guard crews for a total of 13 fire crews from July through December, and continue staffing 8 additional CAL FIRE crews that began in April.

The Governor is proposing to invest over $7 billion in broadband infrastructure. If approved, on top of other proposals at the state, the investments could lead to significant broadband improvements throughout the state. The funding would extend reliable high-speed access to homes and businesses and build a backbone infrastructure that will make future investments more efficient and competitive.

Of the $7 billion the proposal calls for $4 billion for a statewide middle-mile network, reducing the cost of future last-mile deployment and increasing competition and affordability. $2 billion will support last-mile fiber through an existing state subsidy program, providing 100 Mbps broadband to those without. Additionally, $35 million is slated to expand broadband access to isolated and under-served communities through a collaborative partnership of local education agencies, regional libraries, and tele-health providers.

This is just an outline of the significant number of budget proposals and how they may impact our area. At this point, they are just proposals and still need adoption by the legislature. If you would like to see more information you can visit the state’s budget site at http://ebudget.ca.gov

As always, if you have any questions about this or any other County issue feel free to contact me at 454-2200. www.facebook.com/supervisorfriend

For a comprehensive budget analysis: tpgonlinedaily.com/state-budget-surplus-76b-or-38b/

Reward Yourself With A Gathering