On Thursday, Santa Cruz County District Attorney Jeffrey Rosell announced that no criminal charges will be filed against three sheriff deputies for the shooting of a suspect on April 6 outside the Aptos Square shopping center in Aptos.

The role of the District Attorney’s Office in an officer-involved shooting is to determine if a crime occurred. 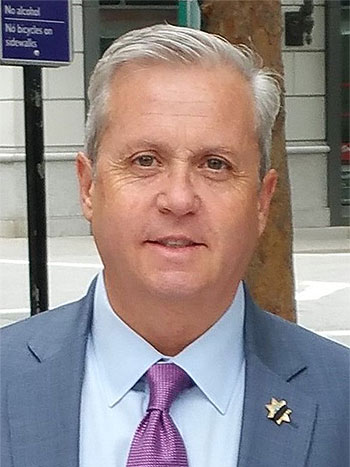 “The use of force was justified based on the totality of the circumstances,” according to Rosell’s announcement. “We have determined that the deputies involved acted within the law and have no criminal liability for the officer involved shooting on April 6, 2021.”

Rosell said the investigation included interviews with officers, witnesses, and others, as well as reviewing the shooting through videos, audio recordings and numerous reports.

The five-minute confrontation, which led to the shooting of Eli Burry, 39, of Soquel, began after 10:50 p.m. when deputies noticed a suspicious vehicle at 7960 Soquel Drive in Aptos.

None of the businesses in the shopping center were open but the Sheriff’s Office had received more than 20 calls at that location for trespassing, drug activity, and suspicious activity.

Deputies saw the two people inside the vehicle and knocked on the door. They recognized the driver as Burry, who had been arrested in March 2020 on South Main Street in Soquel after deputies with a search warrant found one pound of methamphetamines, packaging and scales, and 17 firearms with more than 5,000 founds of ammunition. His bail on that case was $1 million.

Video footage shows deputies attempting to handcuff Burry and demanding Burry and his passenger to get out. One deputy tased Burry but Burry fired a flare gun before exiting the vehicle.

When Burry approached one of the deputies, Deputy Cecil-Wherity fired five shots, striking Burry, who fell down and then was taken to a hospital.

The guns that were fired were recovered. Neither the deputies nor the passenger were injured.

Here is the video footage from body-worn cameras: www.facebook.com/SantaCruzSheriffsOffice/videos/471090600771009. Because of the strong language used, viewer discretion is advised.