Home Columnists The Dark Side of History: Edmund Kemper
Columnists

The Dark Side of History: Edmund Kemper 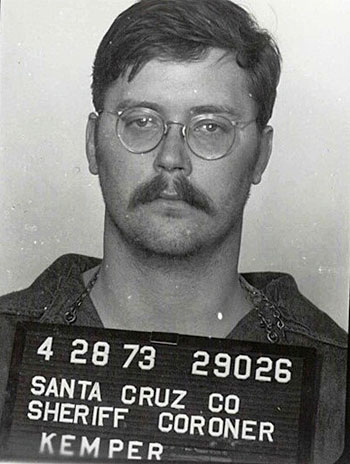 The story I am about to tell is about murder and mutilation. It happened in Aptos … Seacliff to be specific. The exact address of the crime scene is not confidential but I will not disclose it in this article. If you do find the address, don’t disclose it and don’t bother the current residents. They may not know this history and may not want to know.

As I mentioned in my last article, the “dark side of history” these events are definitely not feel-good stories but nevertheless are part of our history and as a historian, I feel they are to be told and remembered.

On April 24, 1973, the Santa Cruz County Sheriff’s Department received a phone call from Edmund Kemper. He told them that he was responsible for murdering his mother (Clarnell Strandberg) and her close friend (Sara Hallet). Kemper placed the call from a payphone in Pueblo, Colorado, and made a desperate plea, “Stop me. I’m an inch from doing it again.” 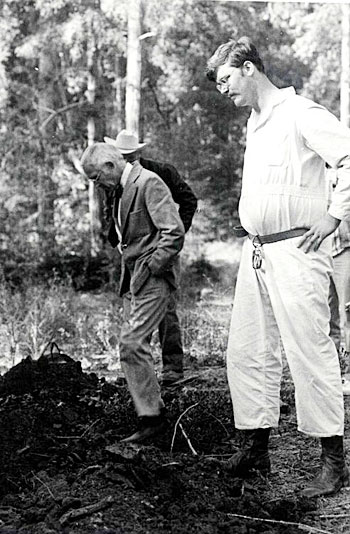 This wasn’t the first time Kemper had placed a phone call admitting to the murder of a family member. When Edmund was 15 years old, he was sent to live with his paternal grandparents in North Fork, California. On August 24, 1964, Kemper shot his grandmother because, according to him, he “just wondered how it would feel to shoot grandma.” He then shot his grandfather stating, “I didn’t want him to see what I had done.” Kemper then called his mother to tell her what he had done. She notified the authorities and Edmond was arrested and charged with murder.

During his trial, it was decided that a psychiatric hospital would be more beneficial than a penal institution. On December 6, 1964, Edmund entered Atascadero State Hospital where he would spend the next five years of his life. It was during this time that they discovered a big part of Kemper’s psychological issues stemmed from his strained and toxic relationship with his mother.

Even though the doctors at Atascadero recommended that Edmund never be returned to live with his mother, the Youth Authority did just that. At 20 years old, he was released to his mother, who by this time had moved to Santa Cruz to work at the University. 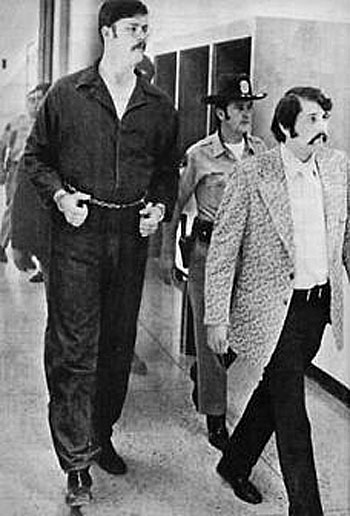 Kemper was actually a very likable guy. He used to frequent the Jury Room, a bar across from the Santa Cruz County Courthouse, and became friendly with many police officers in town. They even gave him the nickname “Big Ed,” which captures Kemper’s impressive 6’9”, 280 pound stature. Kemper was so well liked that when he made that call from Pueblo, Colorado, the police thought he was playing a practical joke. Little did they know Kemper had spent the last ten months on a murdering spree.

Between May 1972, and February 1973, Kemper had murdered six young female hitchhikers. They were all college students, which earned him the nickname, “The Co-Ed Killer.”

Kemper’s killing process is the disturbing part of this story. Again, read at your own discretion. After murdering his victims, he would often bring their bodies back to his mother’s house in Aptos where his victims were decapitated and dismembered and most of the time, their body parts were scattered throughout the county.

Kemper was sick. And he knew it. He was riddled with guilt but had no way to control the urges when they would strike. He tried to stop several times but was never successful. He was also experiencing paranoid fantasies and was certain he would soon be caught. He knew something had to be done.

On April 21, 1973, at 5 a.m. in the Aptos home he shared with his mother, Kemper arose from bed and retrieved a claw hammer that was kept in the kitchen. He walked into his mother’s bedroom stood over her sleeping body and struck her right temple, killing her.

He quickly cleaned up the mess, flipped the mattress over, and dragged his mother’s body into the closet. He then left the house and went to the Jury Room for a drink.

Later that night, he returned to the scene of the crime and the paranoia set in. He decided he would explain his mother’s absence by telling people she had left town with her best friend, Sara Hallet. For that story to work, Mrs. Hallet would also have to disappear. Edmund called Mrs. Hallet and told her he wanted to surprise his mother with dinner and a show that night.

She happily accepted his invitation and showed up that evening around 8 p.m. She entered the room, removed her sweater, and Kemper quickly hit her in the stomach. He then choked her until her body went limp.

The next day, Easter Sunday, he jumped into Mrs. Hallet’s car and drove east. He assumed the bodies would be discovered the next day and a warrant for his arrest would be issued. However, as the hours past and turned into days with no mention of the crimes on any of the radio news stations, Kemper decided he would have to be the one to make the call.

He was picked up and transported back to Santa Cruz where he was indicted on 8 counts of first-degree murder. On November 8, 1973, the jury found him sane and guilty on all counts. Kemper, who tried to commit suicide twice during the trial, asked for the death penalty but due to the moratorium placed on capital punishment at the time, was given a life sentence, which he is still serving today.

During the period from 1970 to 1973, there were 26 murders committed in Santa Cruz by three serial killers all active at the same time: Edmund Kemper, John Linley Frazier, and Herbert Mullin. For a more in-depth discussion of when Santa Cruz was known as “The Murder Capital of the World,” please join us on Saturday, October 29 from 3 p.m. to 4:30 p.m. at the Rio Sands Hotel Community Room as part of the Aptos History Museum’s “Coffee, Tea, and Mystery.” $15 donation benefits the museum and reservations are required.

For more information about the Aptos History Museum, upcoming events, or becoming a member of the museum, please visit www.aptoshistory.org and follow us on Facebook and Instagram @aptos_history_museum.

PVUSD Chief: All Permanent Employees To Get Vaccine...

Help! There’s a Blob On My New TV

Why You Should Avoid Extreme Pruning