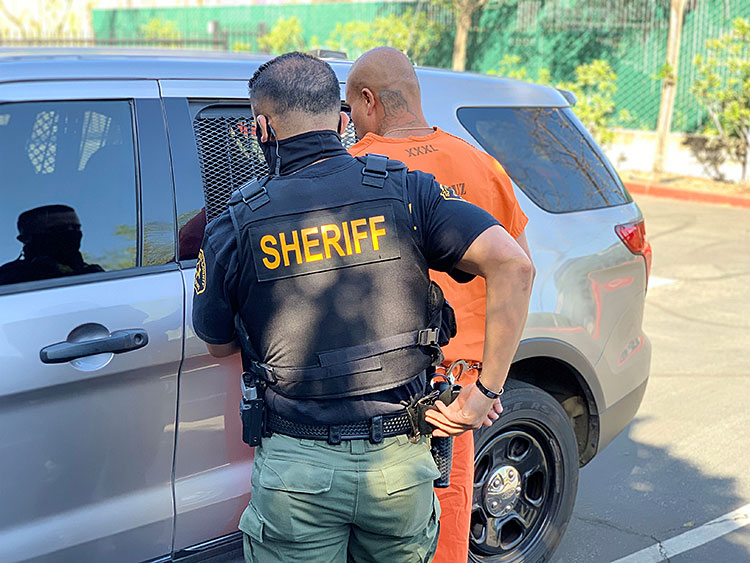 Diaz, a 38-year-old Watsonville resident, faces charges for the fatal stabbing of his brother, Francisco Diaz, 55.

Deputies were called to the 100 block of De Laney Avenue, near the fairgrounds and just outside the Watsonville city limit, at 9:40 p.m. March 30 for reports of a family disturbance. They reported finding a man who was pronounced dead of multiple stab wounds. The man was identified as 55-year-old Francisco Diaz.

Detectives determined he was at a hotel on the 8100 block of Monterey Road in Gilroy and went there.

After several hours barricaded in a room speaking with negotiators, Seledonio Diaz surrendered peacefully at 1 p.m. April 1, according to the Sheriff’s Office.

Seledonio is being booked into the Santa Cruz County jail for murder.

The motive is still under investigation. Anyone with information regarding this case is asked to call Sgt. Detective Burnet at 831-454-7702.