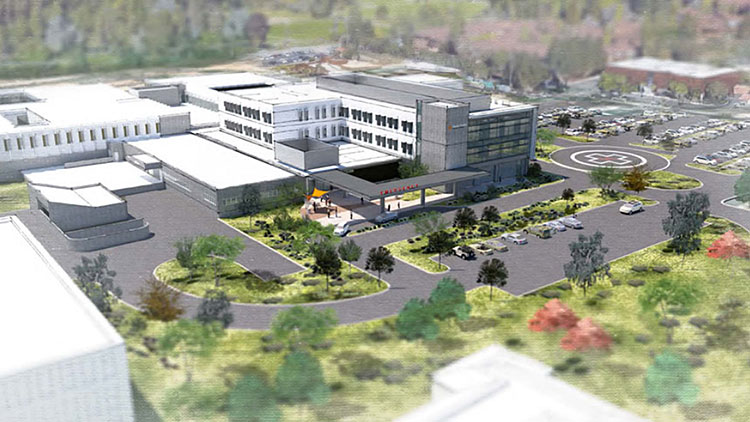 On June 8, Dominican Hospital got the unanimous go-ahead from Santa Cruz County supervisors for a $360 million project to build a new surgical department and a three-story parking garage with 409 spaces. 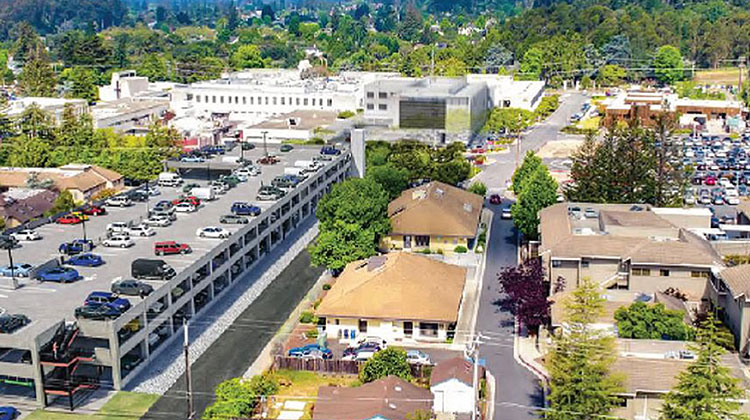 A rendering of the proposed parking garage.

The 222-bed hospital at 1555 Soquel Drive is the only one with an emergency room in north Santa Cruz County and staff played a key role in helping the county get through the COVID-19 pandemic.

The hospital has been using valet parking for some time to deal with the shortage of parking spaces as its facilities got busier. Before the pandemic, visitors often would circle the parking lots, hunting for a space that didn’t seem to exist.

The only issue that sparked debate was whether Dominican should pay $540,000 in traffic impact fees, the amount recommended by county planner Nathan McBeth based on standard formulas for square footage, as the new operating rooms will total 85,000 square feet, generating an estimated new 901 vehicle trips.

The end result will be 10 operating rooms; today there are eight. No patient rooms are being added, as current rooms with two beds will become single occupancy with privacy. 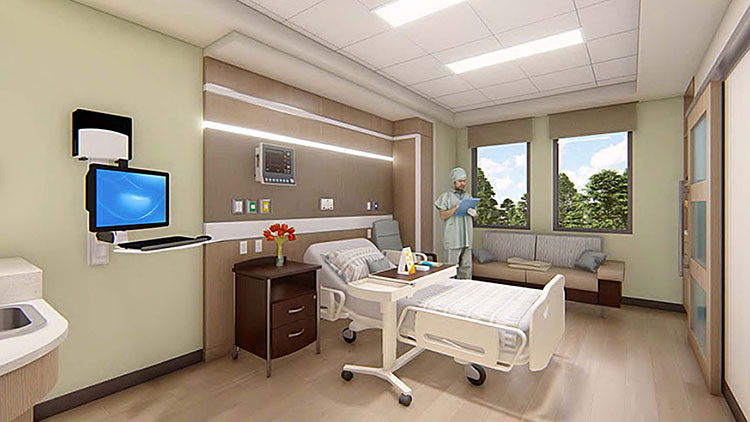 A rendering of a new patient room.

Deidre Hamilton of Hamilton Land Planning made a case to reduce the traffic impact fee to $88,000, calling square footage a poor way to analyze impact. The hospital’s consultant projected an increase of 148 vehicle trips with an increase of 39 employees, and that a travel demand program and car pools could reduce the impact significantly.

“We serve everyone, especially those who are unable to pay,” said Dr. Nanette Mickiewicz, the hospital’s president and CEO.

“This is an important investment,” said Supervisor Zach Friend.

Supervisor Manu Koenig called the proposed building beautiful and praised the way the planned landscaping would shield the building from the neighborhood. 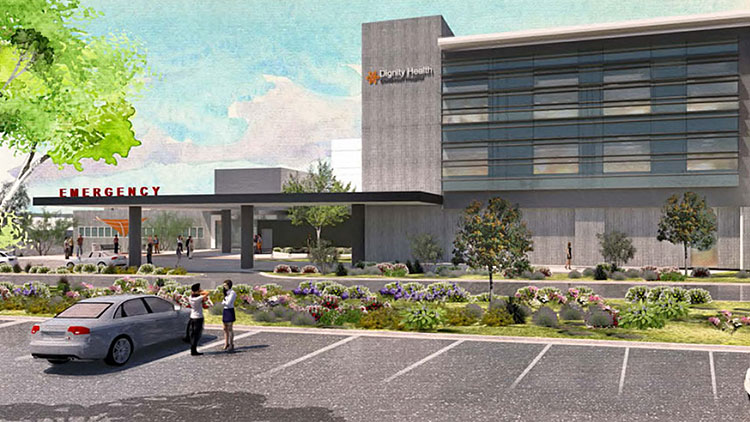 A rendering of the proposed pavilion.

The project was designed by Devenney Group of Oakland, which specializes in health care developments.

Supervisor Ryan Coonerty proposed a compromise in which Dominican would pay $88,000, based on the hospital’s analysis and then pay an additional $250,000 as a community benefit.

However, that would leave the county Public Works Department short by some $200,000 toward planned improvements on Soquel Drive, the main access route to the hospital, to boost its rating from Level D, with wait times barely acceptable by transportation standards, to Level C, with has shorter wait times.

County Public Works chief Matt Machado has secured a $16 million state grant that requires $9 million in local matching funds, and the current budget picture is lean, with no similar-sized developments on the horizon to contribute traffic impact fees. 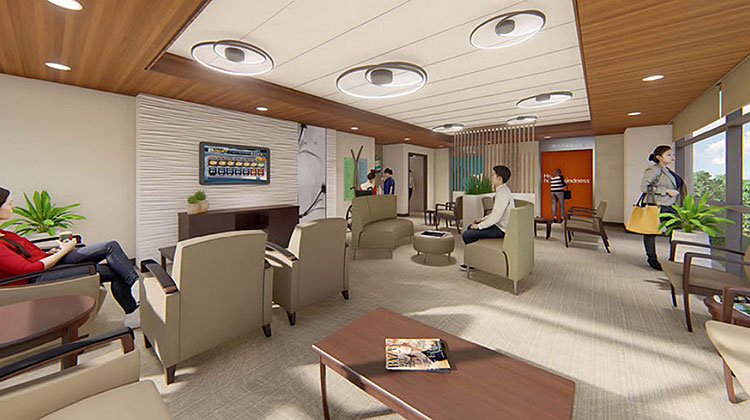 A rendering of a new waiting area.

“Without that funding, our improvements are at risk,” Coonerty conceded.

Dominican also agreed to contribute about $622,000, a 43 percent share of a project to upgrade stormwater drainage.

The project will start with the parking garage on Mission Drive.

That will displace 140 employee parking spaces. Dominican’s solution is an agreement with Oakwood Memorial Park, the funeral home and cemetery that flanks the hospital on Paul Sweet Road, for employees to park.

Once the parking garage is complete, the new operating rooms will be built the existing emergency department remodeled. Seismic upgrades mandated by the state are part of the project, and creation of 60 private patient rooms from the former surgical department space.

The project is expected to be completed within 10 years—so 2031.

Grand Jury: How a Community Center Became a...

Three Council Seats Up for Election