The California Highway Patrol says Kolton Matosich, 29, of Santa Cruz, was arrested for felony driving under the influence after his car struck a motorcycle cop at the intersection of Capitola Road and 49th Avenue on Saturday, Sept. 5. 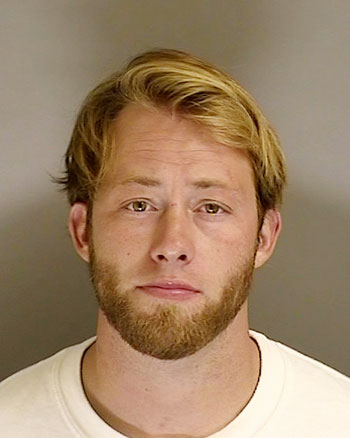 Matosich, driving a 2009 Hyundai Genesis, made a left turn in front of the police officer, hitting the officer’s motorcycle, according to the CHP.

The CHP says Matosich fled the scene in his car when a passing motorist followed him and facilitated his return to the scene where he was ultimately arrested for felony DUI.