Home Schools Elana McGrew: A Title of Her Own
SchoolsScotts Valley 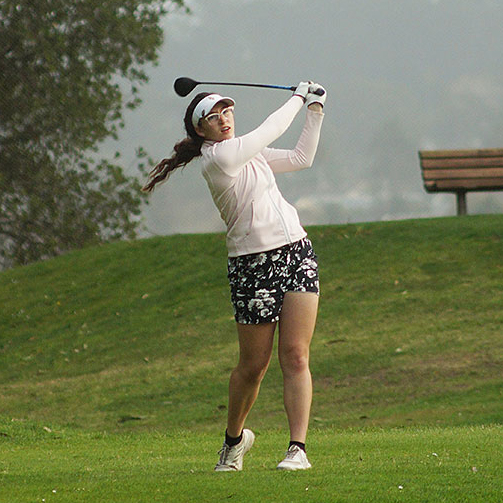 When Elana McGrew tried out as a freshman to play golf for Scotts Valley High School, it was you show up—you make the team. This year, as a junior, her golf has been outstanding. 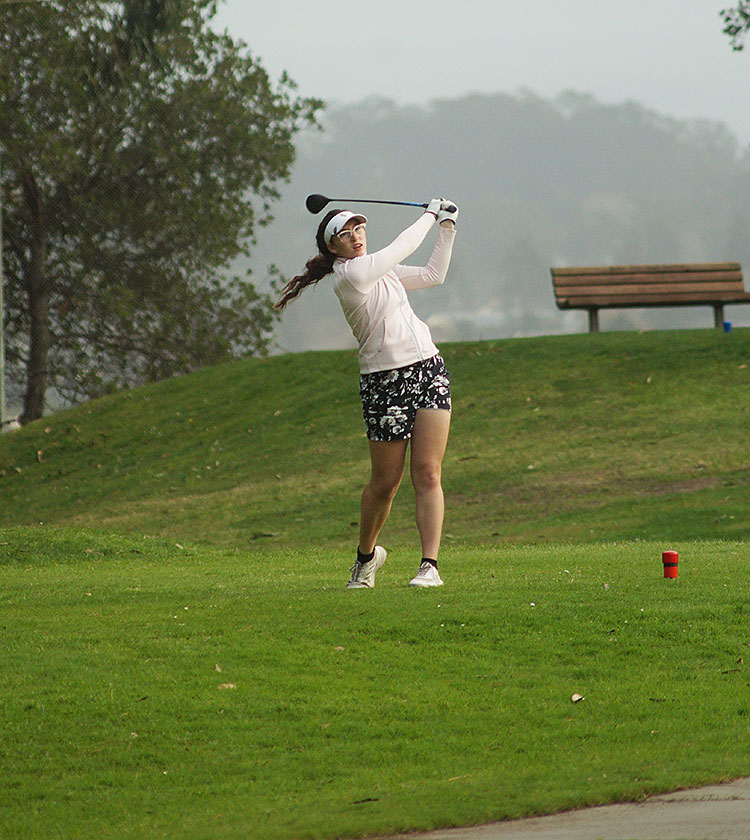 She won the Santa Cruz Coast Athletic League championship Oct. 26 at DeLaveaga Golf Course in Santa Cruz, her 76 far ahead of the second-place finisher’s 89.

Elana, 16, went on to finish tied for 30th, shooting a 79 in the Central Coast Section golf championship at Laguna Seca in Monterey County.

Her grandmother lives nearby, and she’s played the course 20 times before.

Familiarity is no guarantee — ask Rory McIlroy or Jordan Spieth, at one tournament, you play your best, but at another, you don’t. That’s golf.

The Scotts Valley High varsity girls won the League championship in golf this year but the League won’t send a team to CSS because two high schools, Harbor and Santa Cruz, did not field full teams.

“If we had six teams, we could send a team to CCS,” Elana said.

She’s the youngest of three children of Monte McGrew, an electrical engineer, and Diane McGrew, a doctor.

She started playing golf in sixth grade. Her dad golfs, she said.

In middle school, she only played golf during the season.

As a Falcon, she’s out on the golf course all the time — in the summer, every day.

She played with Candus Shi, a year ahead of her, who won the League championships three years in a row, with Elana second best on team.

Candus, who is 5-5, became fascinated with golf with her father took her to the driving range at age 6.

How much time does a golf match take?

She’s been in junior tournaments lasting five to five and a half hours, not to mention the warm-up time beforehand.

The better golfers play first, she said, recalling an occasion when her group finished in four-and-a-half hours.

“I hit ball further,” she said. “That helps a lot to get onto the greens.”

Elana is sponsored by Pasatiempo, a storied course that opened in 1929 in Santa Cruz. She frequently plays there, saying it’s probably her favorite.

Her freshman-year coach, Steve Woodruff, told her about the sponsorship and she wrote a letter to club pro Ken Woods to get it.

The toughest hole at Pasatiempo? No. 11, she said, because “it’s uphill and you have to hit over a ravine. I play from the middle.”

She also plays at DeLaveaga, which she said “has more people my age.”

Summers, she’s played with a collegiate golfer who has a full-ride scholarship to San Diego State University, which has her thinking about playing golf in college.

Academics at Scotts Valley High are rigorous because of the International Baccalaureate college-prep courses for juniors and seniors.

“Those are really tough,” she said.

That may be genetics, given the professions her parents chose and her older brother who scored 800 on the SAT math test and is now at UC Santa Cruz.

Elana also tutors at Mathnasium — one week, she worked 15 hours.

As a youngster, she found reading a struggle — until in third grade, she got glasses.

How doe she juggle it all?

“I have a Google calendar,” she said. “That helps … I study as much as I can. I try to keep focused.”