The oldest building in Rio del Mar, built just steps away from the sandy beach, met the wrecking ball Monday. 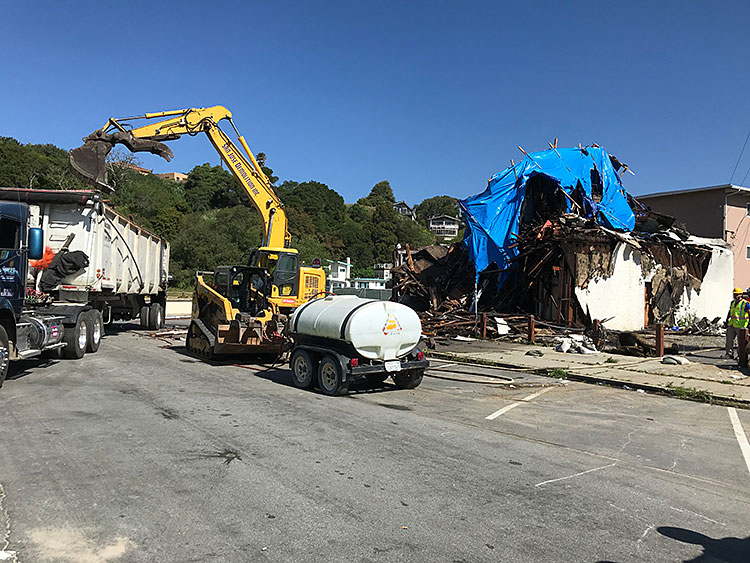 Last known as the Seabreeze Tavern, the Spanish Revival-style building was declared unsafe after a blaze on a Sunday night June 14, 2020 — the cause was never determined.

With no roof, the walls of the building at 101 Esplanade were weakened, and engineer Chuck Voong concluded it was not salvageable. He recommended the county demolish the structure, and the county’s Historic Resources Commission concurred. 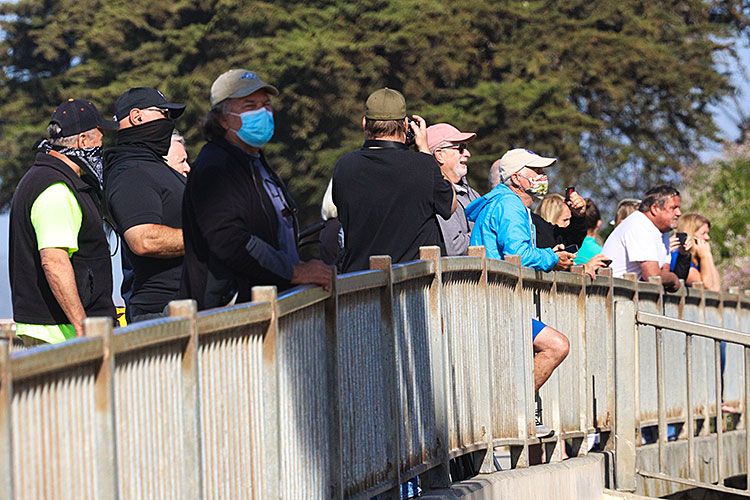 Rich McInnis was the last owner to operate the tavern but he had financial difficulties, filing for bankruptcy and falling behind on the property taxes.

Wedgewood, a housing developer that acquired the 3,870-square-foot lot with the fire-damaged structure, listed it for $799,900 and sold it in January for $1,212,000 to Omar Billawalla, an attorney in San Jose.

Paul Zech of Coldwell Banker, who represented the seller, said Billawalla doesn’t know yet what he’ll do with the property.

The fenced-off vacant lot next to where the tavern operated is owned by the county. 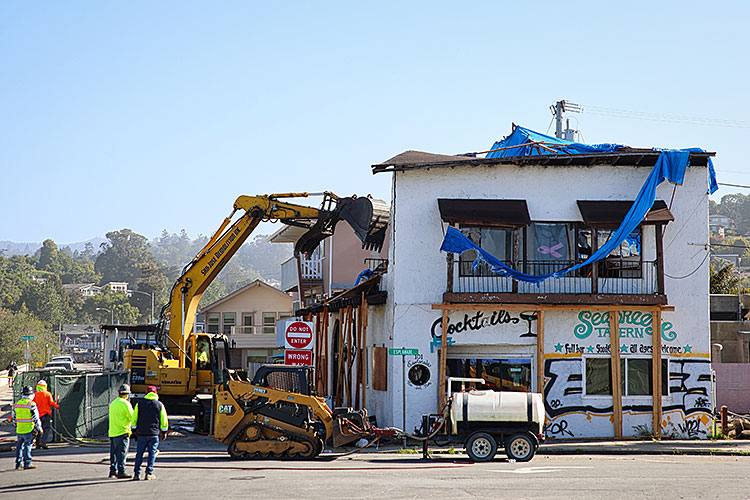 Workers watch for any issues early in the demolition of the Seabreeze Tavern building. • Photo Credit: Kevin Painchaud

Cabrillo College: The Name Had to Be Neutral

Inside a Bizarre 5-0 Football Season