COVID is in the rear view mirror for Santa Cruz County residents, especially those who have been vaccinated.

So as we think about getting back to normal, we have shockingly high home prices, way too much traffic, thousands of people who are jobless and need food for their family and the World’s Shortest Parade restarting like clockwork at 10 a.m. on the 4th of July in Aptos; which was announced on June 8 — definitely a sign of normalcy.

This year’s grand marshal will be first responders, and of course the parade will follow current state regulations, whatever they are, and participants are asked to sign up with the Aptos Chamber of Commerce, 831-688-1467. Starting July 1, people can go to the chamber website to vote for their favorite red white and blue decorations on local businesses. Sign up your business if you haven’t already. 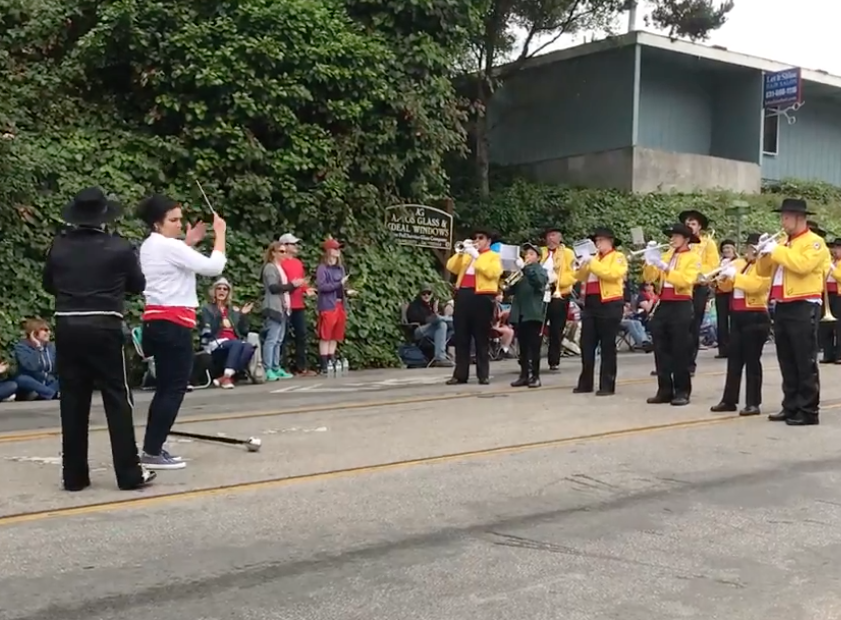 Santa Cruz County Health Officer Dr. Gail Newel described the current situation as “a new phase of the pandemic but it is not the finish line.”

Dr. David Ghilarducci, the county’s deputy health officer, credited the vaccination effort, which resulted in 60 percent of the county eligible fully protected and 73.5 percent having at least one shot.

Business owners wanting to protect their employees should look at the Cal OSHA website https://www.dir.ca.gov/dosh/ for the latest guidance as new regulations were on the agenda June 17.

Newel indicated her worries are about transmission indoors and noted business owners can ask customers to wear a mask inside.

There is a vaccination gap among younger people locally, with 27 percent to 44 percent having one shot in South County, and the numbers 10 points higher in North County. To get a free vaccine, see myturn.ca.gov or go to www.santacruzhealth.org and click on vaccines.

The most recent death was an unvaccinated person, Ghilarducci said, pointing out the risk of not getting the vaccine.

The University of California campuses are requiring anyone on campus this fall to be vaccinated, and Cabrillo College has announced a similar policy. Newel hopes California State University campuses will follow suit.

The hot housing market seen in March heated further in April; figures for May are not yet available.

With seven out of 10 homes in Santa Cruz County sold in April for more than $1 million, it feels every seller is a millionaire.

In April, the median price — the midpoint of what sold — was $1,281,000 — a new record, according to Gary Gangnes of Real Options Realty of Aptos, who tracks the numbers.

A pattern of bidding more than the list price, seen in March, escalated:

A home in Live Oak priced at $999,000 attracted 31 offers, 13 being all-cash, according to broker Datta Khalsa, leaving 30 would-be buyers searching.

The reasons, same as in March, are low interest rates, about 3 percent, and rising prices motivating work-at-home Silicon Valley tech employees to buy their new home — and office — here in Santa Cruz County, where they are closer to the beach and redwoods.

Fewer people are willing to sell — once you sell, can you find another home? — so listings as of the first week of May were at an all-time low — 311 — compared to the 25-year average of 792.

With 125 listings in escrow, only 186 are active, hardly enough to meet the demand from people who tried to buy and lost out to a lot of people putting in higher bids.

Gangnes sees these conditions as temporary, but I’m not so sure.

Some business owners are optimistic about the future. Zach Davis and Kendra Baker announced they will open The Penny Ice Creamery this summer in The Hangar, the new building built by Corbett Wright and Rob Stuart behind the drive-through Starbucks on Mount Hermon Road.

Bob Slawinski, owner of the Green Hills Event Center in Scotts Valley, invested in improved ventilation for COVID safety at gatherings; he can also host events in a redwood grove.

Scotts Valley is bringing back the 4th of July parade in Scotts Valley, organized by City Council member Donna Lind. She needs volunteers.

Cabrillo Stage in Aptos will present musicals outdoors in July.

Felton Music Hall, the Brookdale Lodge and Michael’s on Main in Soquel are open and presenting live music.

Businesses in Santa Cruz County added 2,700 jobs mostly in ag, food service and hotels, between mid-March and mid-April, boosting the total to 98,600.

Ag and hospitality were hard hit by COVID, and May jobs and unemployment numbers will be posted on June 18, showing the state of the recovery.

A $50 assist in paying for Internet also was included in the American Rescue Plan for people using food stamps or Medicaid and households with a child getting free school lunch and households who lost a job or was furloughed and make less than $99,000, single, and $198,00 for joint filers. The program ends when the money runs out. Check your status at getemergencybroadband.org.

On May 10, federal regulators granted emergency use authorization for the two-shot Pfizer vaccine, for kids ages 12 to 15, following clinical trials for that age group.

There is no approved vaccine for younger children, but there is little evidence of spread by young school-age children.

Deaths from COVID-19 in Santa Cruz County have leveled off at 207, with 50 percent of deaths at nursing homes and assisted living facilities, a percentage that was higher early in the pandemic.

Locally, 79 percent of those who died were age 70 or older and 78 percent had other health conditions – those percentages have remained stable.

A year after the pandemic began, case rates have plummeted statewide with 39.9 million vaccine doses administered.

*Fewer than before because of data cleanup

Incline Village Owners May Be Due A Tax...

This Terrible Year: A Reflection