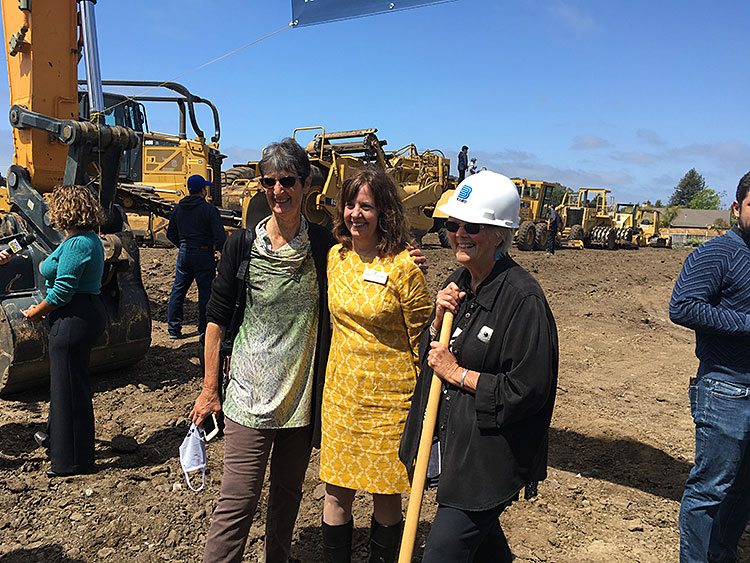 This is the first time I’ve seen a development combining affordable housing, health care and dental care, all at one location.

It’s a first for Santa Cruz County, perhaps for the state and nation, and no small venture, estimated at $58 million to $68 million.

What makes this possible is a very unusual partnership of three nonprofits where the leaders were willing to step out of their silos, resulting in synergy, doing more for people who didn’t have dentists, or doctors or affordable housing in their neighborhood.

A year from now, in summer 2022, they will have a 20,000-square-foot primary care center, serving pregnant moms, children, and people who are homeless and a dental clinic with 11 chairs. Next year, construction will start on 57 affordable rental units, projected to house 157 people.

MidPen Housing, based in Foster City with an office in Watsonville, owns and manages 13 affordable housing communities in Santa Cruz County, providing tailored on-site services to families, seniors, and people with special needs. Its share of the project is $30 million to $40 million.

Santa Cruz Community Health since 1980 has focused on underserved Santa Cruz County residents with special attention to families. Its share is $19.5 million.

Dientes, founded in 1992, sees adults and children who don’t have dental insurance and provides affordable care at three clinics. Its share is $8.3 million.

The need is stark: 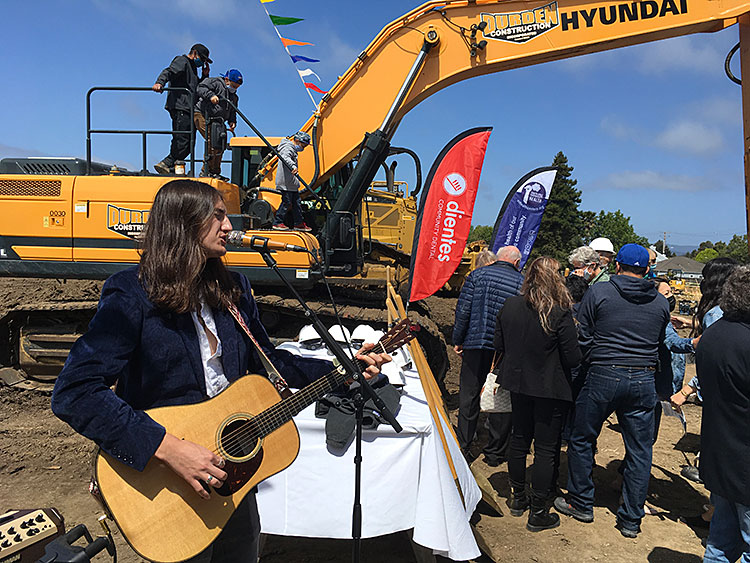 Anthony Arya entertains at the groundbreaking

Seniors on Medicare have no dental coverage, and 78 percent of adults with the state’s MediCal insurance do not have a dentist.

No surprise that nearly 200 people showed up for a ceremonial groundbreaking May 22 where heavy equipment parked by the contractor, Bogard Construction of Santa Cruz, was silent for the day as local talent Anthony Arya performed on his guitar.

The 3.6-acre site, like others in the county being redeveloped, is next to property with a problematic former use allowing soil and groundwater to be contaminated with cancer-causing chemicals.

A 569-page report on the site found tetachloroethene, a likely carcinogen, a dry cleaning solvent known as PCE — likely used by the Fairway Dry Cleaner, which operated from 1966 to 1984, creating an underground plume. The operators are no longer available to provide information on chemical use or waste management practices.

Sampling of soil vapor found PCE exceeded the residential environmental screening level in 22 of 34 vapor samples, with the highest 15,600 micrograms per cubic meter, and TCE exceeded it in 21 of 29 samples.

Other chemicals of concern were attributed to a gas station which had underground storage tanks and also is out of business.

In the case of 1500 Capitola Road, a dearth of available properties led the nonprofits to focus on a solution, with state regulators approving a remediation system. 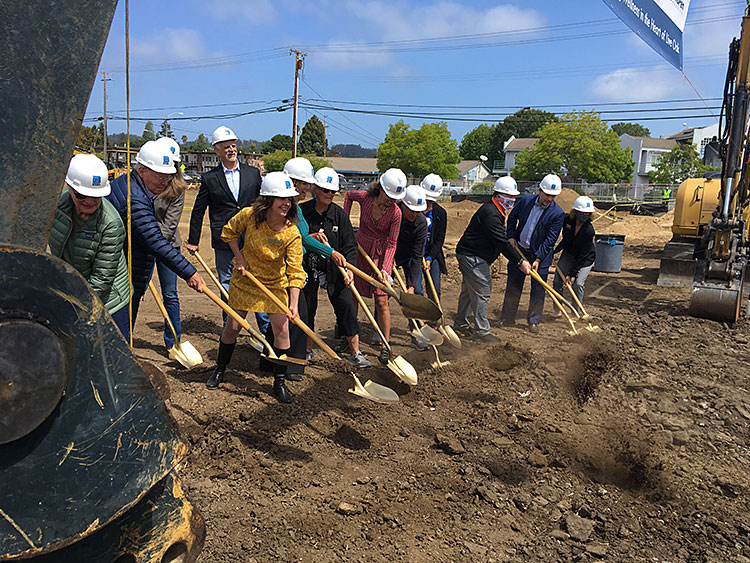 Partners in the project put their shovels into action at the groundbreaking.

“Prevention and early intervention in dental care are often overlooked and are core to the vision of Dientes,” said Dientes CEO Laura Marcus. “The project would never have gotten off the ground without the Alliance and many others in our community who are stepping up to make this dream a reality.”

MidPen Housing Chief Real Estate Development Officer Jan Lindenthal called the Alliance an “exceptional” partner, adding, “Thanks to their support, residents of Santa Cruz County will have the access to health care and affordable housing they need to live happy and healthy lives and achieve their dreams for the future.”

“We’re still raising money,” said Carol Fuller, who at 75 decided to invest $500,000 out of an inheritance in this project to match other gifts. “This project spoke to me — social justice, dental care.”

After Fuller spoke, a woman approached her, check in hand.

To learn more or make a donation, visit: 1500CapitolaRoad.org