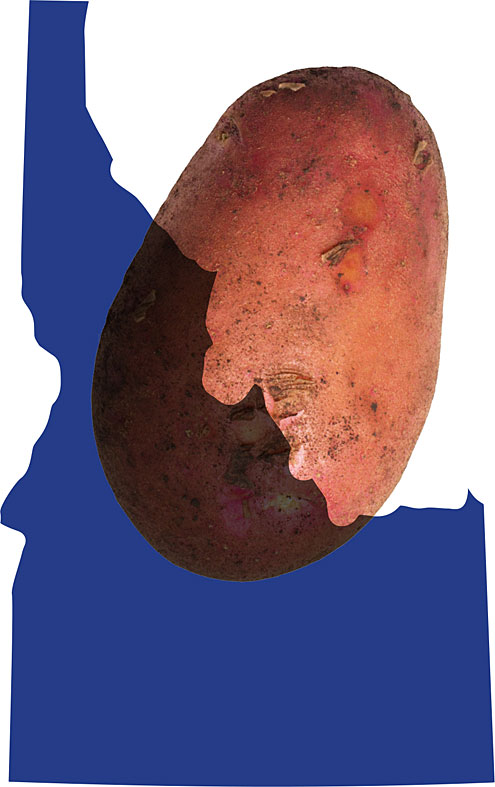 My name’s Spade. Joe Spade. Back when I was just starting out, I went undercover as a “pizza professional.” That’s nice talk for “Pizza Consultant.” 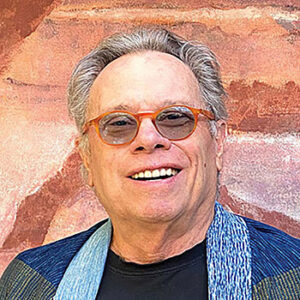 In the food business you can hire a lot of so-called experts. Experts on everything from menu planning to dishwashing. Some people call them consultants. Other people think “consultant” is a dirty word. Not me. To me it’s a profession.

My last job took me to Idaho.

Late one night I got a call from a dame who had a problem. It was the same old story. She and her husband had just bought a restaurant. Some people never learn. They wanted to serve pizza. What else is new?

I learned my trade from Paul Schneider, a pizza consultant from Provincetown, Rhode Island who had once breezed through California, leaving a rash of pizza-by-the-slice joints in his wake. Do the words “Pizza My Heart” ring a bell? That was Paul’s handiwork.

Besides the dough and the sauce, Paul taught me one important thing: “You can tell them how to make a great pie, but once you leave, they’re on their own.” It’s true. Everyone wants to know the “secrets” — how the experts do it. Once you’re gone, they turn around and do it their own way.

I learned that making a good pie involves a delicate flick of the wrist, a deft hand. We’re not talking about your basic American Pie: Two inches of rubber tire around the edge with everything on top from pineapple to steak. We’re talking thin and chewy crust, fresh sauce, and primo ingredients. But nothing in excess to weigh the pie down. The magic is in the balance.

Two days after the phone call, I was on a plane to McCall, Idaho — 22 degrees below zero, land of snow and potatoes.

In my briefcase I had all I needed in the world beyond flour and water to make a great pie: A pinch of sourdough starter, a quart of extra virgin olive oil, and a few cloves of fresh Gilroy garlic.

The dame picked me up at the airport and escorted me directly to the restaurant. I was leery. Lots of folks don’t trust food professionals. Chefs can get jumpy. Especially when you’re hired to mess around with their dough.

I came in and everyone seemed to know me. I’ve been called a lot of things. But nobody ever called me a Pizza Pro before. It was a good start. The chef’s name was Blaze because she had flaming-red hair. It fits, I thought. This could get interesting.

Like all good sleuths I inspected the premises. A quick look and sniff can help you detect how a few misplaced crumbs can spell disaster. But the place was clean and well lit. After I tasted a few slices of crust, I nodded my head in approval. It pays to get them on your side from the get-go.

“You’ve got good stuff here,” I said. “So why should we mess with it? I’ll just show you a few tricks.” Blaze agreed. She liked how I started off with a pinch of the starter I brought from California. “Tomorrow you can use a bit of left-over dough from the previous day’s batch,” I told her. Then, to her surprise, I added a little more water than she was used to and told her to let the dough rise overnight in the fridge. “Long and slow,” I said. “That’s what gives you the open, chewy texture.”

Blaze went away happy and armed with some new techniques. Everyone that tasted the new crust loved it. What they put on top — that’s their problem. I can only do so much.

With one foot out the door, I pulled my usual sleight of hand. When I finish a job, I always like to give something extra. That way they think they got something for nothing. It makes you look good. And gives consultants a good name. So, I roasted up some sliced onions and diced potatoes (we were in Idaho, fa-cryin’-out-loud), placed them on top of a round piece of dough and laced it with a good dose of extra virgin olive oil. Back in California, we follow the Italian tradition and call it pizza rustica alle patate. But I told them it was special—just for them: “Idaho Pizza.” They fell for it. Everyone was happy. Then it dawned on me. I had forgotten to sprinkle the garlic on top. So, I reminded Blaze of that touch for next time, along with spreading a few crumbles of gorgonzola cheese on top after the pizza comes out of the oven.

My work was done. So, I got on a plane. All I had left was a few memories, a half-empty bottle of olive oil and, in my pocket, a few withered cloves of Gilroy gold.

Email me at [email protected] and I’ll send you the recipe.

Joe Ortiz, author of “The Village Baker,” wrote and produced a musical inspired by bread and created a musical based on his family story, Escaping Queens, that was a hit at Cabrillo Stage. He and his wife Gayle received the 2016 Gail Rich Award for contributions to the arts in Santa Cruz County. Contact him at [email protected]