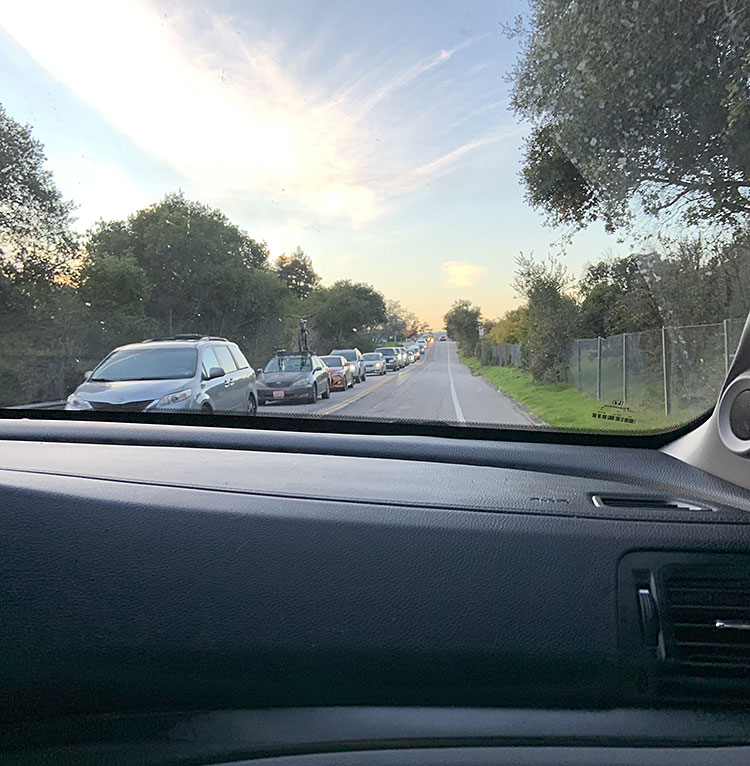 This outpatient facility is to include advanced medical services, a 24-hour urgent care clinic, medical offices and a 730-space parking garage on the two-lane freeway frontage road. The property is 4.98 acres, occupied by 10 to 12 businesses, according to Martin Gonzalez of Gonzalez Towing, which tows vehicles for police agencies and is looking for a new location. Other businesses at this location include a concrete company, landscaping service, plumbing and a dry wall contractor.

The project has been in the works since 2018 and the goal is to begin construction in late 2022. The site was proposed for 100 units of housing in 2008. It’s zoned for multi-family residential, so a zone change for the medical facility must be approved by the Santa Cruz County Board of Supervisors. The developer says the building will create 300 healthcare jobs. The traffic analysis calculated the medical facility would reduce vehicle miles traveled by 20,000 miles a day, as Santa Cruz County residents would no longer need to travel to San Jose or Gilroy for Kaiser specialty services.

People who live in the surrounding neighborhoods say the contemplated traffic mitigations are inadequate and that the proposed medical building, while worthy, belongs in the county’s medical corridor, which has bus service and more lanes to accommodate traffic.

Traffic backs up on Nov. 23 on the Soquel Avenue frontage road by the freeway. • Photo Credit: James Joyce

During Zoom meetings with neighbors, questions arose about a county-placed barrier on 40th Avenue and Deane’s Lane blocking vehicles from 40th Avenue and affecting circulation, which prompted a lawsuit by the city of Capitola. Capitola did not question whether the county had complied with statutory provisions in its General Plan, and the court ruled in favor of the county in 1990.

The county’s 1994 General Plan reports: It appears infeasible to mitigate the Highway 1 southbound ramps/Soquel Avenue intersections with limited intersection improvements without significant realignment of Soquel Avenue and some right-of-way.

Here is the decision in the lawsuit on the traffic barrier:

The city of Capitola appeals from the trial court’s denial of a writ of mandate which would have required the board of supervisors of the county of Santa Cruz to remove a traffic barrier on a street within the county’s jurisdiction. We conclude the County is authorized by Vehicle Code section 21101, subdivision (f) to maintain the traffic barrier and affirm the judgment.

The traffic barrier at issue is located entirely within the county on 40th Avenue where it intersects Deane’s Lane. The barrier blocks all through traffic, but area residents have access to the street from the north. The city limit is just south of the barrier. The City had planned various road improvements in the area in recent years on the assumption that vehicular traffic would have full access to 40th Avenue.

In 1955, the 381.03 feet of 40th Avenue between Gross Road and Deane’s Lane was dedicated for public use to the county. The traffic barrier was in place at that time. It was replaced by a similar barrier in 1970.

On March 18, 1990, the County first directed Planning and Public Works staff to formulate a solution to traffic problems in the area in which the traffic barrier was located.

On Aug. 2, 1982, the County enacted Ordinance No. 3286 “to generate the funds with which to alleviate the increasing traffic congestion created by new development in the vicinity of recognized traffic problem areas, and in order thereby to bring said areas into greater conformance with the Santa Cruz County General Plan and its circulation elements…” One of the programs included in the ordinance was the Gross Road Traffic Improvement Plan. This plan provided that the traffic barrier now at issue would remain.

On June 7, 1983, the County’s General Plan was amended in part to reflect those improvements authorized by the county in the Gross Road Plan. Pursuant to the General Plan, entry at Deane’s Lane onto 40th Avenue continued to be barred.

On June 10, 1988, the City filed a petition for writ of mandate seeking removal of the barrier. Following a hearing in which evidence was received, the court denied the petition.

The City contends Rumford v. City of Berkeley (1982) 31 Cal.3D 545 resolves the instant dispute in its favor. In Rumford, the City of Berkeley sought to control traffic by erecting traffic barriers on 41 streets.

These barriers blocked through-traffic in certain directions, left streets open for use by local residents. The trial court granted a petition for writ of mandate directing the city to remove the barriers. The California Supreme Court affirmed on the ground that the state has preempted the field of traffic regulation, since under Vehicle Code section 21 no local jurisdiction can regulate in this field absent express statutory authority.

After examining a city’s authority to close streets VC 21101 and its Authority to regular traffic VC 21100, the court held neither statute would authorize the erection of traffic barriers by a city.

The county counters that subsequent amendments to VC section 21101 govern the instant case. We agree.

Section 21101 subdivision (f) provides in relevant part: “Local authorities, for those highways under their jurisdiction, May adopt rules and regulations by ordinance or resolution on the following matters…(f) Prohibiting entry to, or exit from, or both, from any street by means of islands, curbs, traffic barriers, or other roadway design features to implement the circulation element of a general plan adopted pursuant to article 6 (commencing with section 65350) of Chapter 3 of Division 1 of Title 7 of the Government Code.

In amending section 21101, the Legislature stated its intention as follows: “The recent California Supreme Court decision in Rumford v City of Berkeley (S.F. 24239) may make some existing traffic control devices illegal. In order to keep existing traffic control devices operational until a permanent solution is developed, it is necessary that this act take effect immediately.” (Stats. 1982 ch.749, S 8 page 2968).)

The amendment also included a sunset provision effective Jan. 1, 1984. However in 1983, the sunset provision was deleted and the following sentence was added to subdivision (f): “The rules and regulations authorized by this subdivision shall be consistent with the responsibility of local government to provide for the health and safety of its citizens.” (Stats. 1983, ch. 291 S 5, p. 867.)

Here the evidence establishes that the County adopted the Gross Road Plan to address traffic congestion in the area at issue. The County’s General Plan was subsequently amended to include this traffic plan. Both plans include a barrier on 40th Avenue at the intersection with Deane’s Lane.

Since the City has raised no issue as to whether the County has complied with various statutory provisions in its adoptions of its General Plan, we conclude the county was authorized by Vehicle Code Section 22101 subdivision (f) to maintain the traffic barrier in question.

Relying on the Legislature’s statement of intent in 1982, the City first argues subdivision (f) was not a repudiation of the Rumford holding barring traffic barriers, but rather an attempt to address the legality of other traffic control devices. We disagree.

The plain meaning of a statute should be followed where the language is clear. (Great Lakes Properties, Inc., v., City of El Segundo (1977) 19 Cal.3d 152, 155.) Here the statute clearly provides that local jurisdictions may maintain “traffic barriers” under prescribed circumstances.

The City next argues that the General Plan makes no reference to a barrier at this intersection. While the map include in the General Plan does not specifically refer to a “barrier,” it is clear that a barrier was intended at the location in question.

There are lines across both 40th Avenue and Gross Road just north of Clares Lanes, thus indicating the presence of barriers at these intersections.

The barrier at issue is located at 40th Avenue and Deane’s Lane.

We find the evidence sufficiently shows that the traffic barrier at 40th Avenue and Deane’s Lane was included in the General Plan.

In addition to the obvious error in the drafting of the map, the County, as previously discussed, enacted an ordinance designed to implement the Gross Road Plan. The ordinance stated that its purposed was to bring the area “into greater conformance with the Santa Cruz County General Plan and its circulation element.”

Since the Gross Road Plan included the barrier now at issue, we can only conclude the General Plan did as well.

The judgment is affirmed.