Will there be Little League this year? In Aptos, the answer is yes.

Eleven months after the contagious coronavirus COVID-19 shut down youth sports, state health officials have declared baseball can be played with safety protocols in counties in the Red and Purple tiers. 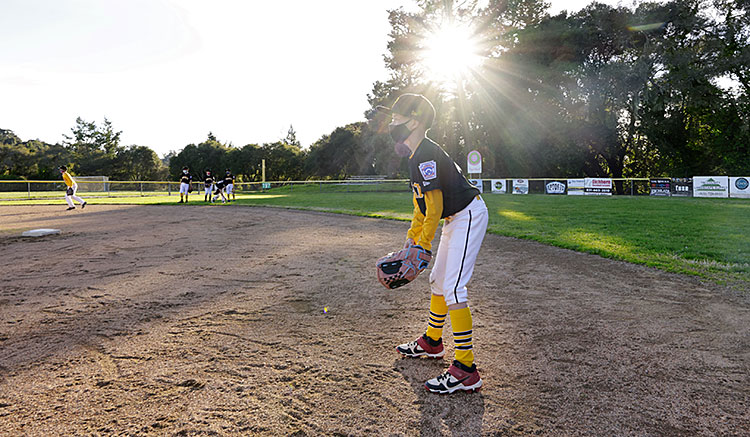 A face covering is an essential piece of equipment for Aptos Little League.

So Aptos kids have a chance to play ball this season, starting with a baseball clinic. Once the county’s case rate is below 4 per 100,000, qualifying for the Red tier, games can be played.

“The season will look and feel different but the game of baseball will be same,” said Erik Cormier, who is in his second year as president of Aptos Little League.

Asked when the first game might be, he declined to predict, not wanting to count any chickens before they hatch.

He said the board agreed that if play would resume, it would be in a safe and healthy manner, which means there is a “robust” list of safety protocols, starting with face coverings. 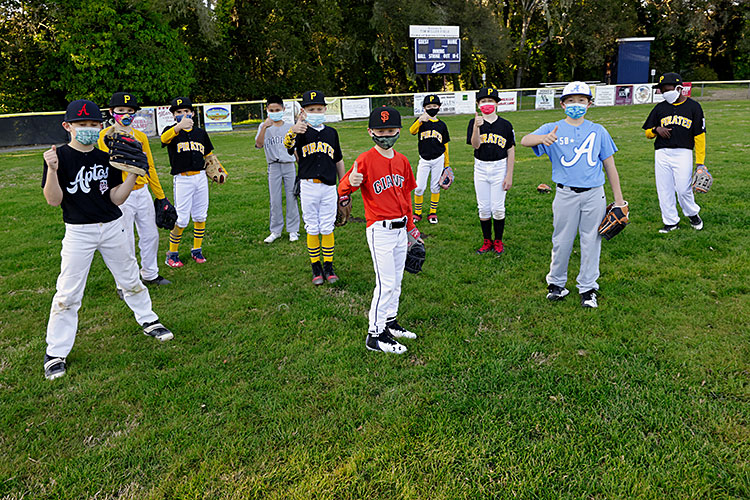 Players and their parents must pledge to stay home and isolate for 14 days if they have a fever or other COVID symptoms or if they have knowingly been exposed to someone with COVID.

Kids will sit on the bleachers, spread out for social distancing, not in the dugout. All players will use their own equipment – ball, water, helmet and bat — no sharing. Players’ hands will be sanitized before they enter the field and when they leave the field at the end of the event. No chewing on sunflower seeds. No high fives or handshakes or group celebrations.

But there will be plenty of throwing, catching, batting and running.

“The kids are just going to be excited to get out and play a sport,” said Cormier, who has three sons ages 12, 10 and 7 in Aptos Little League and has been a coach and manager for five years.

As of Thursday, 155 kids have already signed up since registration opened Feb. 16. The deadline is March 16.

Last year, 324 kids registered, enough for 17 teams from T-ball for 4-year-olds to Intermediate for 13-year-olds.

The season is slated to start April 5.

Registration costs $150 for the younger players in T-ball, Farm Division, A and AA, and $175 for older kids in AAA, Major and Intermediate.

Cormier said the fees, which cover a uniform, hat and face mask with the Little League logo, are “a little bit subsidized because we wanted to be as inclusive as possible.”