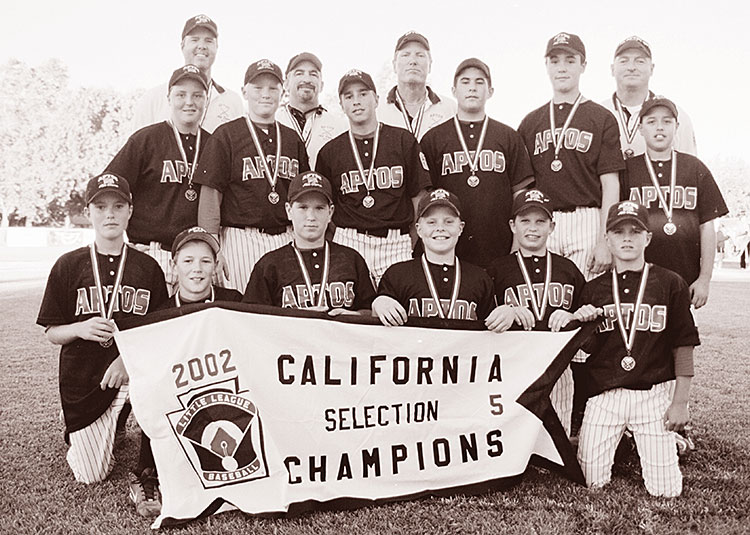 This 4th of July, Aptos will celebrate our freedoms with t-shirts, a great parade and a party in Aptos Village Park. This year’s parade Grand Marshals are the 2002 Aptos Little League All-Stars. 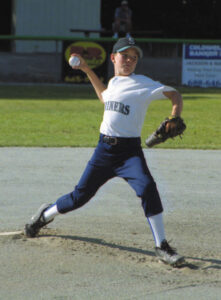 Little League is a competition of more than 7,000 teams around the world. The Little League World Series is an elimination playoff between the 16 best teams in the world. Just getting to go is a most incredible achievement.

Amazingly, The Center for New American Media in Brooklyn, New York picked the Aptos All Stars team to film as a documentary and they captured the adventure on video from day one,
culminating in the movie, “SMALL BALL: A Little League Story,” an hour-and-a-half film that was shown nationally on PBS.

The Aptos All Stars were eliminated in their quest to win the Little League World Series but that does not diminish what they were able to achieve. As a result, the California State Legislature proclaimed Oct. 26, 2002, as Aptos Little League Day. They really put Aptos on the map.

The Aptos “World’s Shortest Parade” started in 1961 as a celebration. Aptos’ main industry had been apple and fruit processing but that had closed down and a cement batching plant was proposed in the center of the small village.

A group of women called the Aptos Ladies Tuesday Evening Society fought against the required zoning change. Their efforts were successful. To celebrate their victory, a barbecue was held on Memorial Day, 1961, in the field next to the railroad track.

The event was so popular that a parade and potluck were planned to follow on the fourth of July. 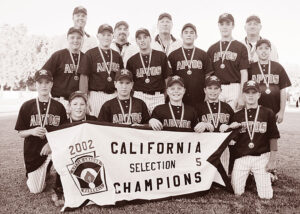 Everyone turned out in old-fashioned clothes and the Monterey Bay Antique Car Club brought 18 vintage cars. The parade route was from the Driftwood Gas Station at Trout Gulch Road (where O’Neill is now located) to the Pop Inn restaurant, (now the Parish Publick House). The parade lasted only 10 minutes and that is how the “World’s Shortest Parade” got its name.

The once tiny parade has grown into a huge event for Aptos. The “World’s Shortest Parade” has gained national recognition as one of only seven Fourth of July parades recommended in 2013 as the “Best” by prestigious Condé Nast Traveler, and in 2017, our parade was listed as one of “America’s Most Unique July Fourth Celebrations” by Land’s End Journal.

The Aptos Chamber is asking the community to be the judges for this year’s parade. Send photos of your favorite floats, groups, pets, cars, and bands to [email protected]

This year’s T-shirt is a local Golden Retriever named Milo wearing a Little League Baseball cap. They are available at the Aptos Chamber of Commerce, Aptos Feed, Deluxe Foods and Santa Cruz County Bank in Aptos.

What better way to celebrate Independence Day than to either watch the parade or be in it, and finally to have lunch and dance the afternoon away, with the band “James Durbin and The Lost Boys” in Aptos Village Park? You can celebrate freedom from cooking and doing the dishes, you will have a great day and also help to support the parade that gives Aptos a little slice of fame and a big slice of “home town” feeling. Happy Independence Day!

Farewell to a Friend

Horses: Good Therapy Is Not Far