The new coronavirus, COVID-19, has wiped out a generation of elders, loved ones who survived the Great Depression, World War II and the Great Recession, matriarchs and patriarchs of families across America.

We at Times Publishing Group, Inc. want to remember these loved ones lost.

Aurora Justina Rufolo, née Falzone, lived a full and adventurous life, traveling the world with her husband, teaching English as a foreign language. 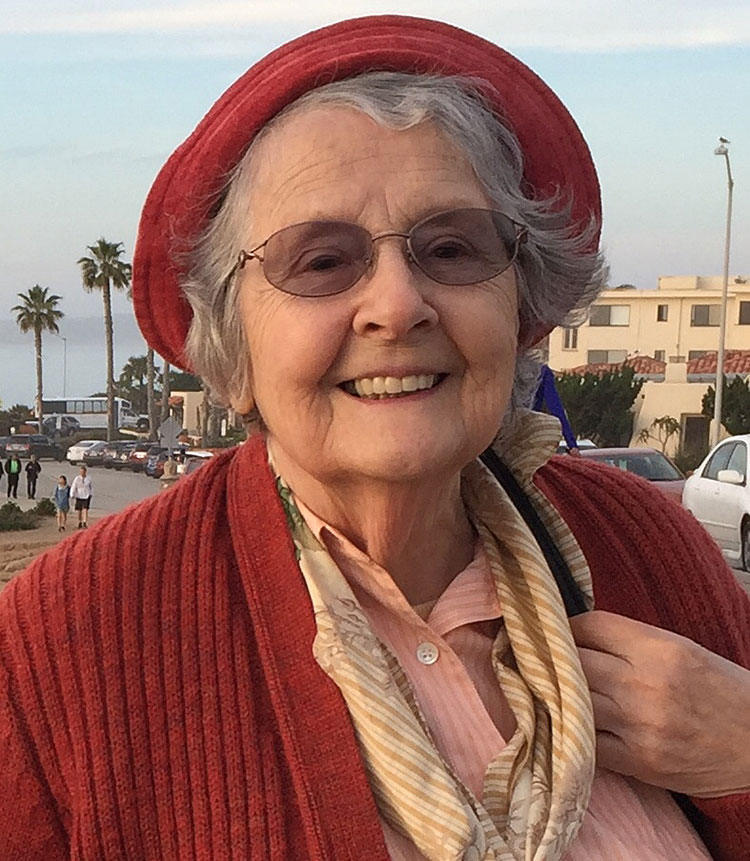 A resident of the Trade Winds Mobilehome Park in Capitola, she was in declining health when she succumbed to COVID-19 on Dec. 16 at age 93.

Born to Italian immigrants in New York City on Jan. 25, 1927, she was the seventh of eight children, arriving just before the nation fell into the Great Depression.

“From an early age, she had to figure out how to take care of herself,” said her daughter Melisa Walker of Soquel, describing her as fiercely independent. “She succeeded through education… People of that generation, that’s all they knew was work. They were willing to make that sacrifice and they got ahead.”

Growing up, Aurora was considered intellectually precocious. She was awarded a prestigious scholarship to attend an all-girls high school in Manhattan, a school her family could not have otherwise afforded.

She then attended Wagner College on Staten Island, earning a master’s degree in nursing and meeting her future husband, Daniel Antonio Rufolo.

They started their family on Staten Island before moving west in 1956 with two young daughters for Daniel to teach physics and chemistry in the San Diego Public Schools. Aurora fell in love with La Jolla, which became their forever home, and her career pivoted to education.

Keeping California as their base, she and Daniel, accompanied by their daughters, travelled the world as teachers for international schools.

Teaching English as a foreign language, Aurora developed a curriculum that helped students reach the top of their graduating class. Daniel was awarded Fulbright Scholarships to Montserrat and Barbados in 1958 and then to Izmir, Turkey, in 1965, with their youngest daughter Allegra completing the family between those stays. They lived and taught in Rome, Singapore, Tokyo, Nairobi, Rio De Janeiro, Buenos Aires, and Trieste.

Aurora became very competent at creating a home in foreign countries. She never closed herself off to any new knowledge or experience.

She loved the opportunity to travel, experience other cultures, and make friends with people from other places. She passed her love of travel and of Italy to her family. Her oldest daughter Dana Rufolo-Horhager is editor of a theatre magazine in Europe and her two younger daughters followed her into teaching, Melisa Walker, at Mountain School in Soquel, and Allegra Bortin at Watsonville Charter School for the Arts.

After retiring, Aurora and Daniel kept traveling. At the age of 70, they took a trip around the world. They never tired of exploring new places.

Daughter Allegra recalls how her mother come into her classroom at MacQuiddy School in Watsonville and teach her students crafts — knitting, crocheting, six- and eight-point snowflakes and six-point Ojos de Dios, the eye of God to watch over you.

Aurora adored Eleanor Roosevelt, having lived through the FDR era, and was excited to see Hilary Clinton run for president. She was pleased to witness Kamala Harris become the first woman elected vice president.

Aurora was a feminist and a humanist.

“Living abroad, your boundaries are much different,” her daughter Melisa said. “You have a respect for all humanity.”

She felt fortunate that her mother, recovering after hospitalization for an ailment, was able to stay at home for her last breath.

Hospice doesn’t send helpers to COVID patients, so Aurora was quarantined with one of her daughters for the last nine days of her illness.

Aurora is survived by her daughters Dana Rufolo-Horhager (Axel) of Europe, Melisa Walker (Dean) of Soquel, and Allegra Bortin (Bill) of La Selva Beach, and very much loved seven grandchildren and 10 great-grandchildren.