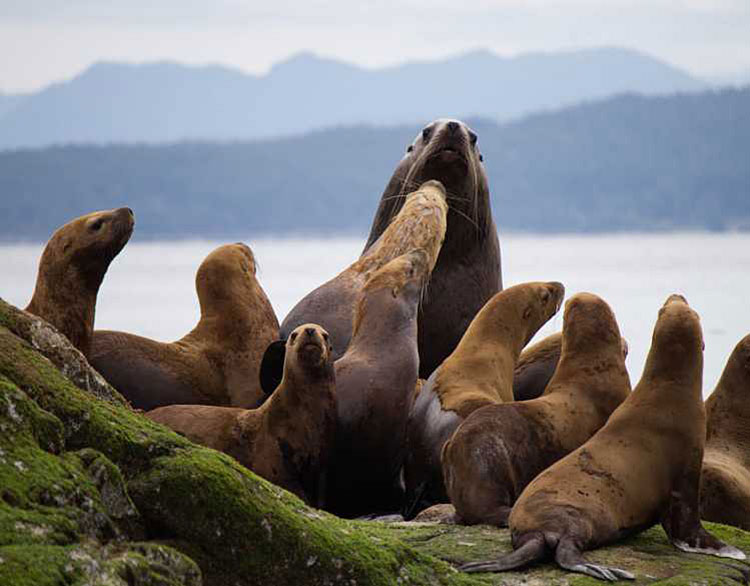 Each year, the Mount Madonna School fifth grade class engages in a yearlong study of an environmental topic selected by the students. For 2021-22, students voted to focus on sea lions to raise public awareness and reduce threats faced by these marine mammals, including overfishing of their prey, plastic pollution, climate change and entanglement in abandoned fishing gear. 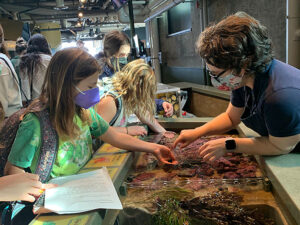 Steller sea lions are endangered and are protected under the Endangered Species Act and Marine Mammals Protection Act.

Steller sea lions are found infrequently in Monterey Bay, so students expanded their project to include California sea lions.

The California sea lion population is stable due in large part to the efforts of many marine mammal rescue centers.

To learn more about the animals that coexist with sea lions in their ocean habitat, students visited the Monterey Bay Aquarium. They also had a virtual field trip with staff at the Pacific Marine Mammal Center in Laguna Beach, where they learned about the process of sea lion rescue, rehabilitation and release. As a result, they came to understand more about the threats that sea lions face and actions they can take to help reduce those threats.

“This means that if sea lions are washing up on the beach, something is going with the health of the ocean,” added classmate Amelie Thams.

Fifth grader Willow Woodrow noted all of the significant threats to sea lions are related to human impacts. 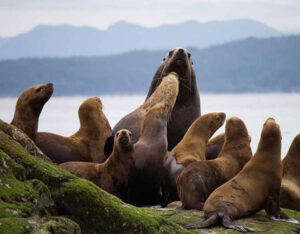 “Entanglements in fishing gear, and overfishing of the main fish species that sea lions eat are big problems,” Willow said. “Most of the sea lions washing up on beaches are malnourished.”

“Climate change is a big part of the problem too,” said River. “Fish are migrating to warmer or colder waters and so sea lions end up eating different types of fish that don’t have the same nutrition.”

Students opted to partner with the Pacific Marine Mammal Center and find ways to fundraise to “adopt” one of their rescued sea lions to support its rehabilitation and release.

Recently, fifth graders began writing letters to state and federal representatives to ask for actions to help protect the sea lions – such as banning the use of wildlife, such as sea lions and other animals for entertainment at places like SeaWorld, allocating more funding to clean up plastic pollution, banning dangerous single-use plastic bags and plastic straws, and amending the Clean Air Act to reduce climate change.

Other student-suggested actions include banning nylon in fishing nets and rope, because entangled animals are unable to chew their way free, tracking fishing nets in the ocean and holding fishermen and companies responsible for their gear, and increased patrolling, including the use of drones on federal waters.

Students are analyzing the waste produced at their own homes, and each student will ask their family to pledge to find one way to reduce their overall amount of waste.

Lastly, fifth graders are busy creating an original, educational movie that will be a parody of the film “The Goonies” to teach people about threats to sea lions and how they can help. Proceeds from selling DVDs of their movie go toward supporting their adopted sea lion.