When Native Americans look at the place where we live, they think about how these places were named by their ancestors before Spanish explorers arrived. 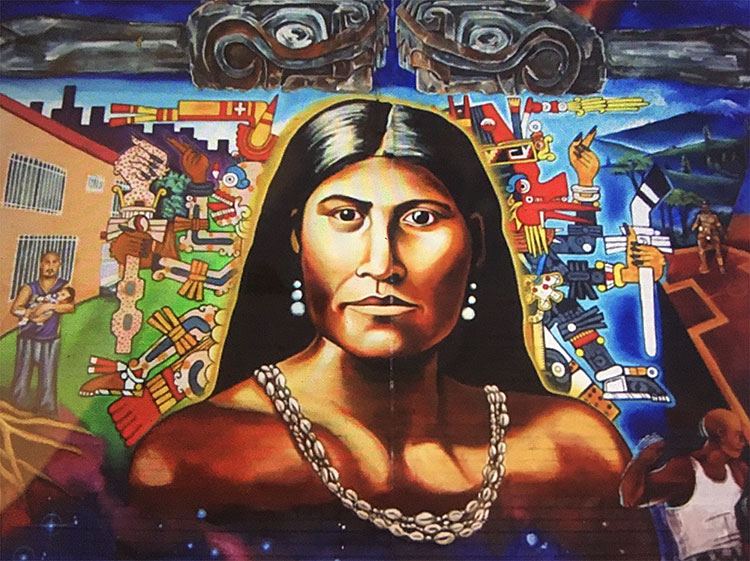 The Toypurina mural, created by a team of local artists for Ramona Gardens, a public housing complex in Los Angeles, aims to inspire generations.

They think about how only 14 percent of the Native American babies born at the Santa Cruz Mission survived to adulthood. They think about the bravery of Toypurina, a medicine woman who led a revolt against the Spanish missionaries and soldiers at Mission San Gabriel at age 25, whose descendants live in California.

Consultant Kanyon “Coyote Woman” Sayers-Roods, daughter of respected Indian Canyon tribal chair Ann-Marie Sayers, author and scholar Cutcha Risling Baldy, Native American studies chair at Humboldt State University, and State Parks historian Martin Rizzo-Martinez, a native of New Mexico, where his grandfather traded with the Navajo, shared their perspectives on the question of renaming Cabrillo College at an April 8 webinar organized by the college. Posted on YouTube, it has 286 views.

The governing board is responding to a request from faculty and students to rename the college, founded in 1959, saying the Spanish explorer-conquistador Juan Rodriguez Cabrillo who sailed the coast in 1542 is no role model for students today. 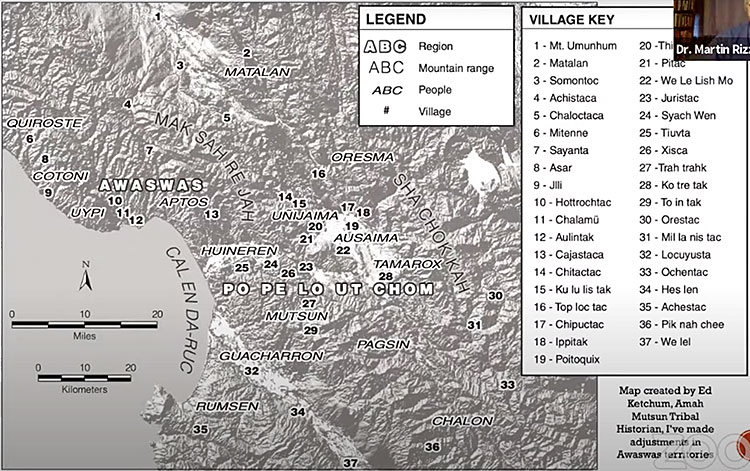 Martin Rizzo-Martinez shows a map of Native American place names for Aptos and its surroundings.

“We need to have these uncomfortable conversations,” said Sayers-Roods, who is Costanoan Ohlone and Chumash, noting Native Americans did not get the right to exercise their religious ceremonies at sacred sites until the American Indian Religious Freedom Act of 1978.

“If we want to honor truth and history, it’s going to be uncomfortable,” she said, recommending listeners view www.native-land.ca to see a map of indigenous territories.

The Cabrillo National Monument in San Diego was created in 1913 by President Woodrow Wilson, but no statue was created until the Portuguese government, thinking he was Portuguese, commissioned one for the 1939 World’s Fair.

“We honor the colonizers — they didn’t deserve it,” Risling Baldy said, quoting reports where colonizers took Native Americans captive and threw their babies into the river and conquistador Hernan Cortes, who put young Cabrillo in charge of boat-building, ordered Native Americans to work in mines.

“They had to name it to claim it,” she said. “There was no wilderness because every place already had a name.” 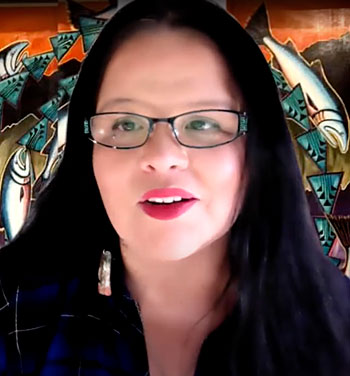 Risling Baldy, who is Hupa, Yurok and Karuk, thinks of how “soldiers would catch an Indian woman for their prey … doing what they were told, just solders” as her ancestors “held each other at night and prayed for the future.”

As she thinks of honoring those who remember the stories and the love that survives, she thinks of Toypurina, who had the courage to conspire against the Spanish padres for taking over Tongva territory and was exiled to Mission San Juan Bautista where she died at 39.

Rizzo-Martinez, a Cabrillo College and UC Santa Cruz alumnus who is working on a book, “We are Not Animals,” shared a map by Ed Ketchum of the Amah Mutsun tribe, showing names of tribal territories that were renamed. 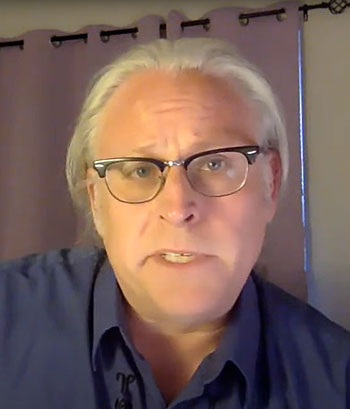 Aptos, which means “the people” in Ohlone, is one of the few places to keep its name. On Ketchum’s map, Aptos territory extends almost to Villa de Branciforte in Santa Cruz.

The Spanish padres viewed themselves as saving souls, but many Native Americans did not survive mission life — the 1804 measles epidemic killed 25 percent of the Aptos people living in the Santa Cruz mission, Rizzo-Martinez said. 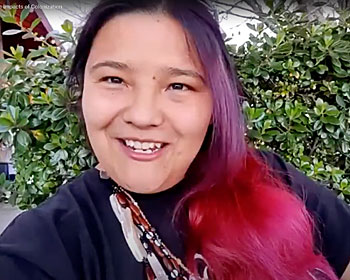 Some of the prominent Aptos people, he added, were Yunan, who was baptized as Serafina, and married to Yachaxci, who was renamed Donato and nearly beaten to death by Quintana. 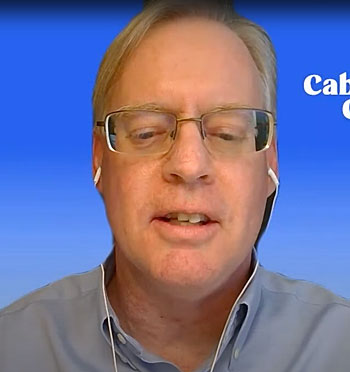 Rizzo-Martinez said the U.S. occupation of California in 1848 did not improve conditions for Native Americans because “genocide was the official U.S. policy.”

“The speakers here today are here because their ancestors endured,” he said. “We are still living the legacies of colonial and genocide. It’s how we will choose to deal with these legacies.”

When one Zoom attendee asked how can we support you, Cutcha Risling Baldy said, “Give the land back.”