Home Our Town News From Around Scotts Valley
Our Town

News From Around Scotts Valley 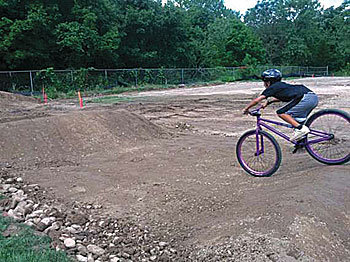 At its Aug. 21 meeting, the Scotts Valley City Council agreed unanimously to support the project. The last step is the approval of a use permit by the Scotts Valley Planning Commission and then ground breaking can take place

A bicycle pump track is a set of dirt mounds placed so that young riders can roll their bikes through the park without pedaling, using only balance, skill and momentum, to complete the course.

The Mountain Bikers of Santa Cruz proposal is to build two pump tracks. The first would be a 20-by-40 foot track for beginners and younger children and the second an 80-by-150 foot track for the other riders. The Scotts Valley Parks and Recreation Commission approved this proposal on June 6.

The all-dirt track is to be built by volunteers behind the dog park at Skypark. The track will be temporary as it is located on part of the planned Town Center project.

MBOSC president Mark Davidson is working with Alex Fowler, a local pump track designer on the final design. They estimate the pump track will cost between $10,000 and $15,000. Davidson has received commitments from local companies Easton-Bell and Fox Racing for donations to complete the project.

If approved, the temporary use permit would allow the city to revoke the permit at any time.

On Tuesday, Aug. 27, the Rotary Club of Scotts Valley hosted a breakfast for school staff. The Rotary also presented $500 checks to each of the SVUSD four schools.

Featured was a video clip by 10th grader Daniel Hirano titled “Penny and the Gang” that featured District Superintendent Penny Weaver, principals of the four schools and a cameo appearance by Superintendent Michael Watkins.

Scotts Valley Middle School principal Mary Lonhart created the concept while Kool and the Gang’s song “Celebration” inspired the lyrics for the video. The concept behind the lyrics was to introduce the new Common Core Standards curriculum in a fun way. The superintendent and principals were seen singing and dancing to “Celebration.” 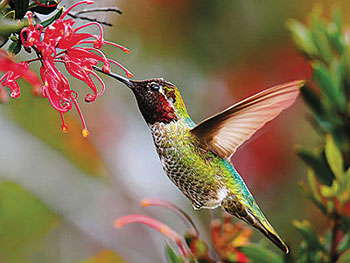 The exhibit will be in the Scotts Valley Library from September 7 through Nov. 2.

Scotts Valley voters will decide in the Nov. 5 special election whether or not to approve an 8-year, half-cent sales tax increase to compensate for the city’s predicted future deficits.

The proposal is known as Measure U and the half-cent sales tax increase is supposed to help balance the city’s budget for the next eight years in order to pay for city services such as police, parks and recreation.

For info about Measure U and the special election visit www.votescount.com, the Santa Cruz County Elections Department’s website.

Scotts Valley High was the lone Scotts Valley Unified School District school that posted gains on the Academic Performance Index (API), the cornerstone of California’s Public Schools Accountability Act of 1999, according to scores released by the office of State Superintendent of Public Instruction, Tom Torlakson.

The 2012-2013 school year API scores for both Brook Knoll and Vine Hill elementary schools fell, and did the API scores for Scotts Valley Middle School.

The API score extends from 200 to 1,000 and is intended to measure how well students do using a variety of tests from the California Standards Test (STAR) and the state’s California High School Exit Examination (CAHSEE). The state has set 800 as the API target for all schools to meet.

Second Round of PPP Loans