In February, residents on Aptos Creek Road — the gateway to increasingly popular 10,000-acre Nisene Marks State Park — complained that potholes on the narrow one-lane road made it hazardous for any motorist venturing in or out. 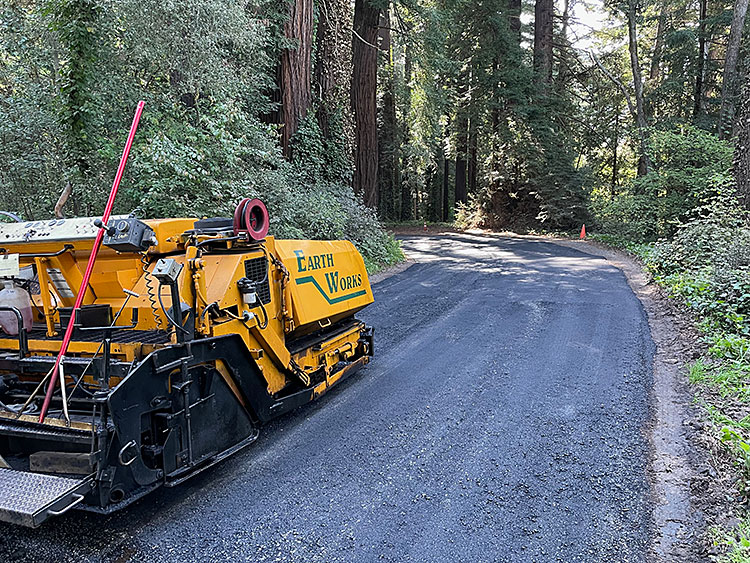 Local contractor Earthworks did the paving job on a stretch of Aptos Creek Road leading to Nisene Marks State Park.

State Parks Sgt. Joe Walters, who oversees 29 parks, said that was a project for April or May when the rainy season had ended.

April is here, and Aptos Creek Road has not been forgotten.

Potholes were filled and a section of Aptos Creek Rd re-paved between Mangels Gulch and the Van Eck Tree, near the state park’s entrance station.

Todd Marco, a new resident on the road, posted photos on Facebook at “Gateway to Nisene Marks,” a private group with 130 members.

Earthworks, a local contractor, did the paving. 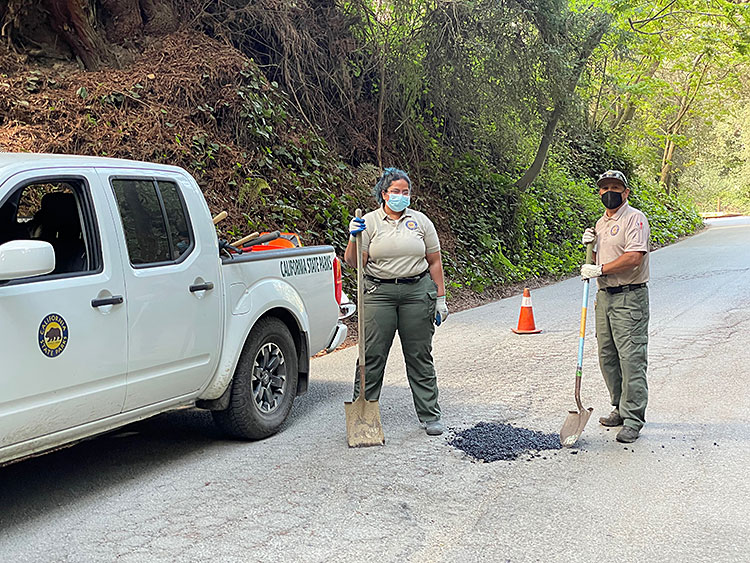 “So happy to see the much needed repairs! Thank you State Parks,” posted Patrice Edwards, Aptos Times publisher, who began pushing for safety improvements in January after witnessing a 911 medical emergency in which vehicular and pedestrian traffic on the road delayed the ambulance in reaching the person needing help.

“Great job they did,” agreed Matt McCormick, who lives on Aptos Creek Road.

State Parks Maintenance Chief Augie Ceballos told Walters that he hopes to have the rest of the road paved after the next fiscal year starts in July.

The agency is short of funds, and has focused on repairing shuttered parks damaged by the CZU lightning fires in August. 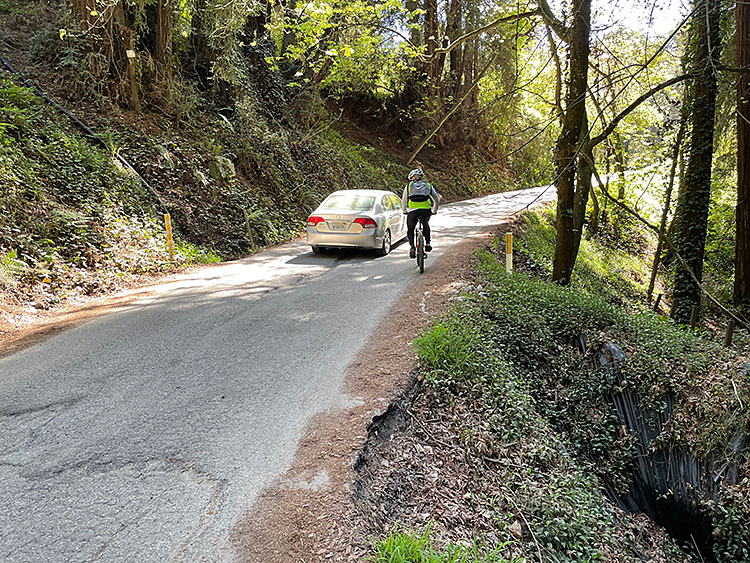 The narrow road, lacking a bike lane or a path for people on foot, leaves little room for cars and cyclists to co-exist safely.

Marco said he met with Ceballos and discussed the possibility of forming an association to assist with and expedite road maintenance, as is done elsewhere in the county.

Another topic during their conversation was the erosion danger of the lower section of Aptos Creek Road along Mangels Gulch.

“This is a particularly treacherous area, not only because of the steep cliff, narrow roadway, deteriorating pavement, and lack of guardrails, but also because catastrophic roadway damage from a storm could cut off ingress and egress of residents and park visitors,” Marco pointed out. 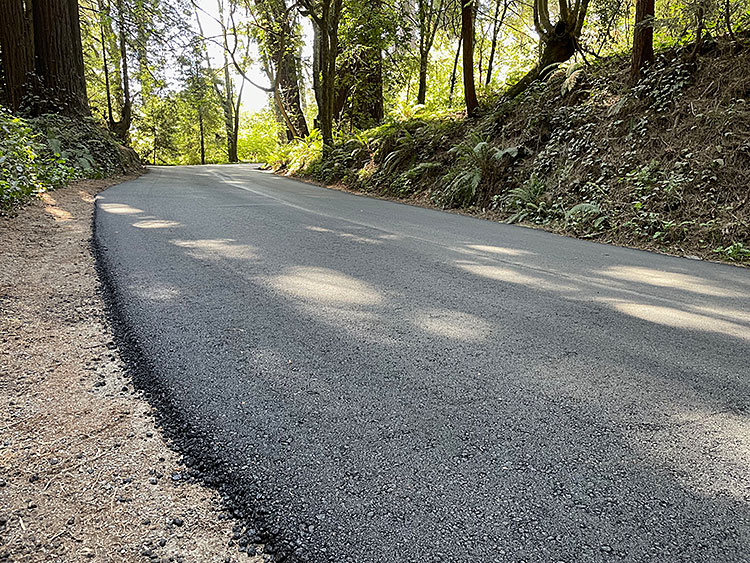