Home Our TownAptos Picturesque Piano in the Sand
Aptos

Picturesque Piano in the Sand

Aptosia is agog over a piano that mysteriously appeared on the beach.

“I wish it could be preserved in some way,” wrote Valerie Freer. 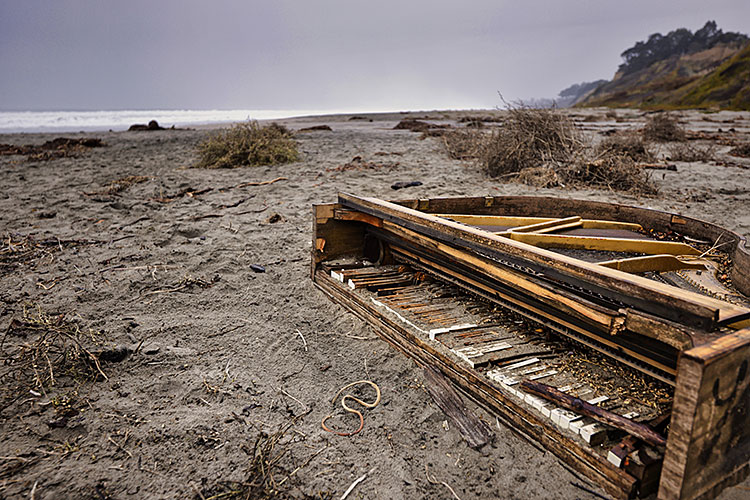 Pamela Gonzalez penned a poem, “The Magical Piano,” and shared it with Aptosia’s 17,000 members on Facebook.

Ruth Mendoza left a bouquet of red and orange roses that matched the sunset over the ocean, and Marina Aceves Gagne took a photo that was much admired.

Some thought it washed up from a cruise ship, but Anna Durante said it came off the cliff.

“It’s fun to watch it change over time,” Durante wrote. “It already has changed quite a bit from when I first saw it a month ago. It’s an evolving art piece.”

Isilda Heston shared how she was walking from Seascape to LaSelva by the old train path when she saw a piano on the hill by the strawberry field, a place that seemed to be visited by teenagers. 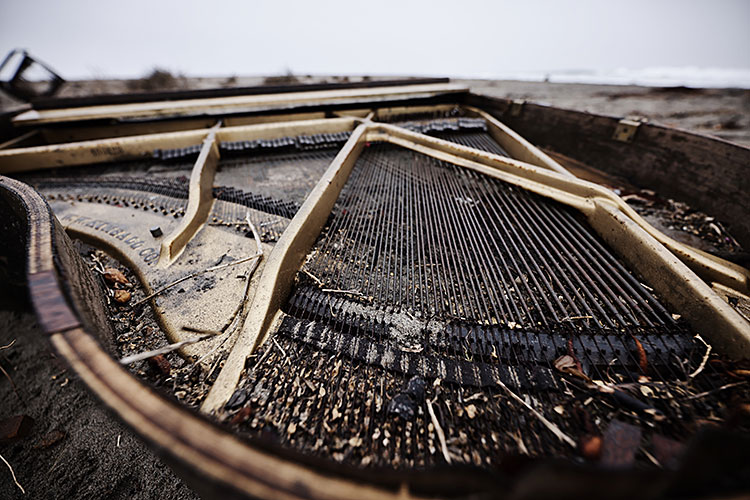 On Nextdoor, the piano on the beach has been a subject of fascination as well.

Lee Brown reported the piano was built by the W.W. Kimball Piano Company. “According to the serial number reference on their web site, it was built between 1940 and 1946. It must have been the center of celebratory music after World War II ended!” he wrote.

Dax Arsanis suggested everyone make up a story about it and the one with the most votes could be made into a movie. 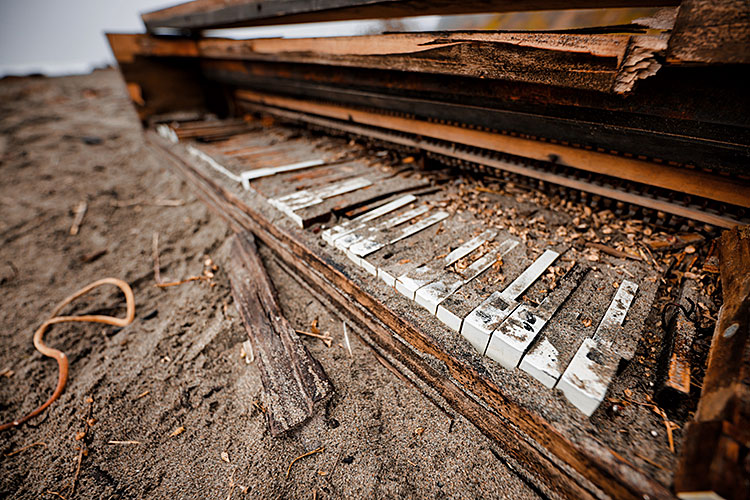 As to how the piano got there, Janine Hickey may have the answer.

She was walking the railroad tracks a few months ago, when she saw six or seven teens carrying the piano at the end of Sumner heading south. She shared on NextDoor that the teens placed the piano on the cliff above the beach.

The piano stayed there for a while, enough for Kimberlee Franca’s kids to listen to their friends play while watching the sunset.

But then it was pushed off the cliff.

Trink Praxel responded, “So sad that they would do that, but on the other hand, it certainly is picturesque and has given a lot of pleasure in its afterlife.”

To see the piano for yourself, one writer suggests starting at Beer Can Beach and walking 30 minutes to your left toward Camino Al Mar.

Santa Drops In for Second Harvest