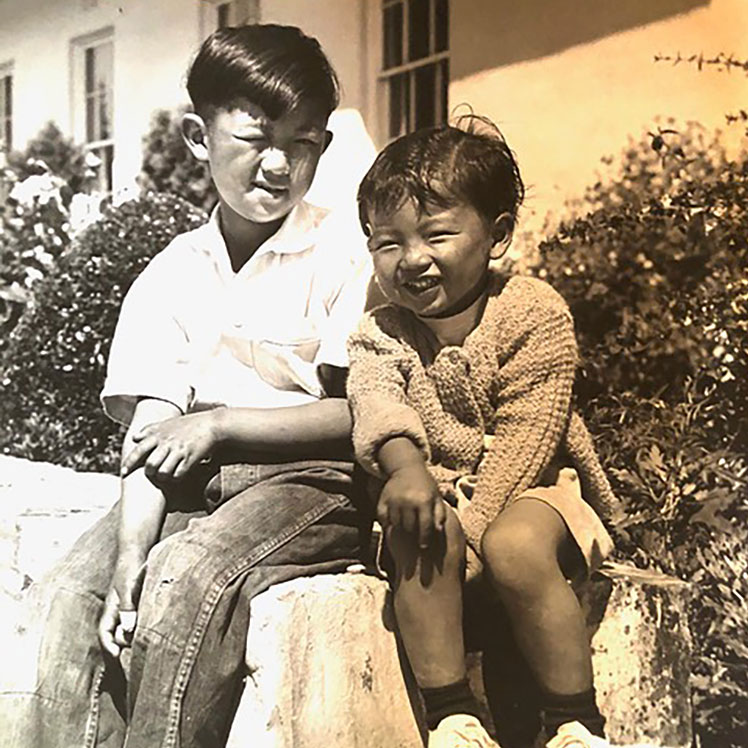 Jun Lee, former Scotts Valley mayor and one of the early Chinese pioneers in Santa Cruz, passed away peacefully on Dec. 3, 2020, at the age of 84. His last years were spent at Westwind, a memory care community in Santa Cruz. 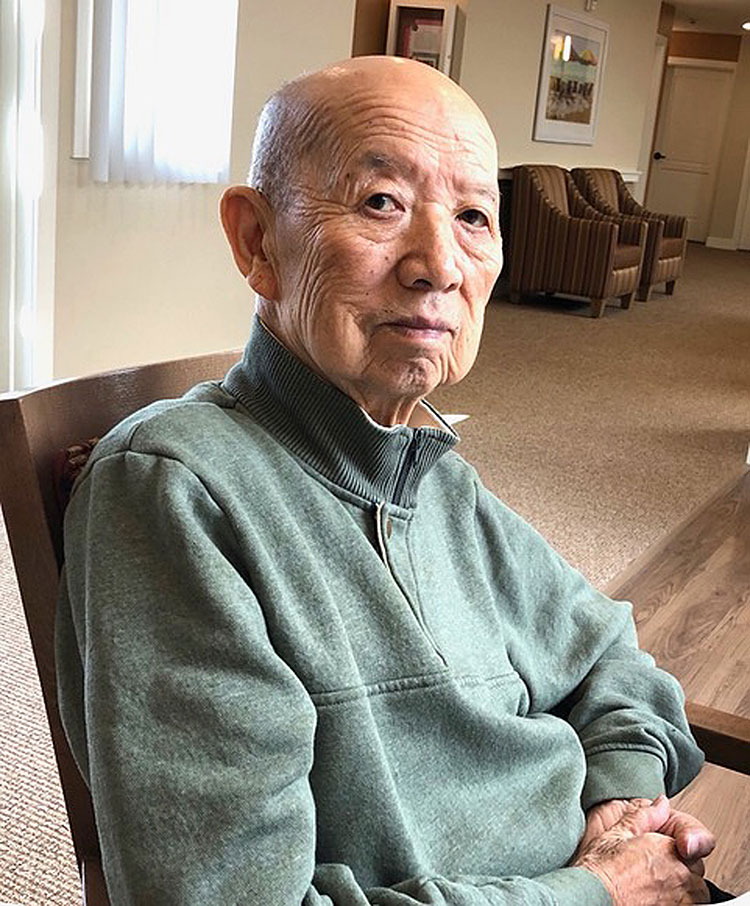 He grew up in Santa Cruz’s tiny Chinatown where everyone in the family worked at jobs to help put food on the table.

Like all his brothers, he worked as a Santa Cruz Sentinel paperboy and threw papers accurately from his bicycle down Pacific Avenue. After 24 months on the job, he earned a certificate of merit in 1951 from the California Newspaperboy Foundation for his courtesy, dependability and business acumen.

With his shoe shining kit, he would set up at his favorite locations to offer his services and meet local businessmen.

The recently completed Chinatown Bridge Dragon Gate Monument on the San Lorenzo River in Santa Cruz is a tribute to the early Chinese pioneers and the people who lived in Chinatown—exemplified by Jun. 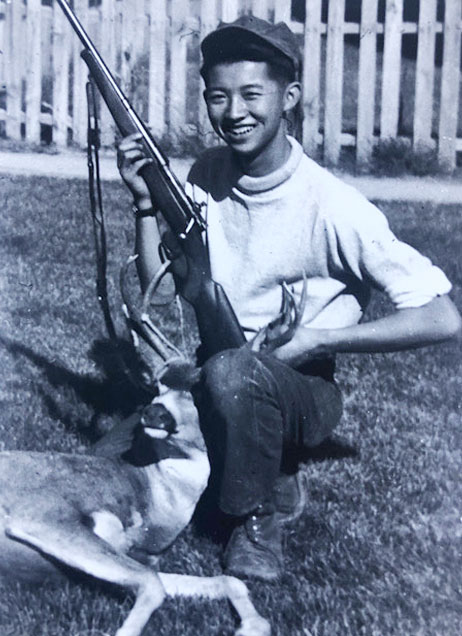 He was patriotic and believed in his country and in that spirit he joined the Marines and was a Reservist graduating from Marine Corps Boot Camp in San Diego.

He began his career working as an engineer in the missile system industry.

In 1968 he joined the pioneering staff for the new City of Scotts Valley (incorporated in 1966) as their first planning director and assistant city manager.

He served on the Scotts Valley City Council from 1977 to 1982. In 1981 he was selected by his fellow council members to be mayor, the first mayor of Chinese ancestry in the Monterey Bay Region.

After leaving politics, he devoted his time to his property investments. 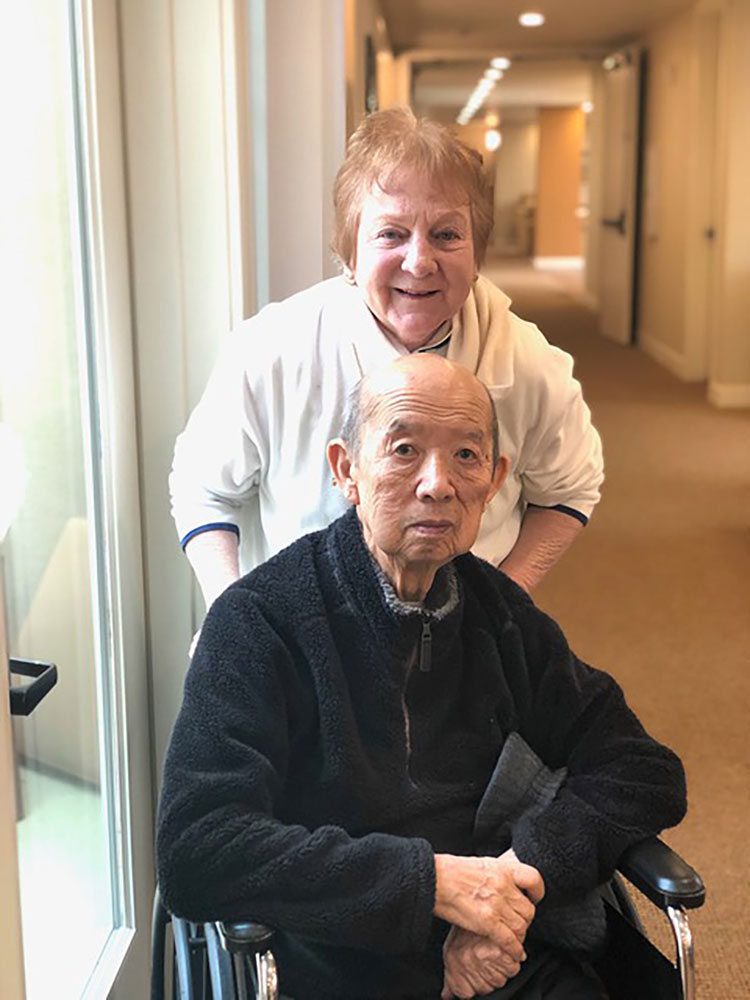 Jun belonged to the Free & Accepted Masons of California, Santa Cruz-San Lorenzo Valley No. 38 and Past President of Rotary Club 5170 as their International Representative.

He was one of the founding fathers of the Scotts Valley Sportsman Association and was elected president in 1970. He was instrumental in establishing a shooting range for club members and the Scotts Valley Police Department. He loved to go elk and pig hunting in Colorado and Idaho with his hunting buddies and family.

Jun and his wife Carol Ann were active volunteers as docents at Wilder Ranch State Park for many years. He contributed fabulous memories as he guided tours through the Wilder kitchen building where his dad worked for almost 20 years. His stories were very popular with the public.

His passion was in the area of international service. Representing Rotary, he traveled with his wife to China with Assist International to install cardiac monitoring equipment for Beijing Children’s Hospital. He represented Rotary on a joint medical project to Ulaanbaatar, Mongolia. In 1998, he was part of the Friendship Exchange Program to major cities in China, including Beijing, Xian, Chong King, Shanghai, Pudong and Suzhou.

Jun Lee (left) with George Ow Jr. Jun was George’s uncle, but he thought him like a brother and held him close.

His daughter Junneen, a photographer, shared newspaper clippings from his career: An award for planned equestrian-pedestrian pathways through the city; working with local leaders to launch a community event, Scotts Valley Days, with an antique roadster; unveiling plans for a new city hall to be operational in 1970; and raising money with Rotary to pay biomedical engineers to install cardiac monitoring equipment at Beijing Children’s Hospital, at the time the major children’s hospital in China.

Viewing hours for the public will be 3 to 7 p.m. Friday, Jan. 8, at Benito & Azzaro Pacific Gardens Chapel, 1050 Cayuga St., Santa Cruz. Due to COVID health guidelines, masks and social distancing will be required.

In lieu of flowers, consider a donation to the Cabrillo Stroke Center, 6767 Soquel Drive, Aptos, CA 95003 and Assist International, in care of Bob Pagett, P.O. Box 66396, Scotts Valley, CA 95067 or a local charity of your choice in memory of Jun.

Photos courtesy of the Lee family.

A Wheelchair to Dance In