Rio Theatre is hosting the 2020-21 Banff Centre Mountain Film and Book Festival, the virtual version, which will be available through October 24, 2021.

There are two separate programs — Amber and Onyx — which can be purchased individually or together in a bundle.

Here is the lineup for both programs, chosen from over 400 entries:

The Legend of Tommy G: The Belgian freerider has been a bit aloof lately and wild rumours have been spreading throughout the mountain bike world.

The Elder (The Winter): The Ainu are an ancient people of Japan, who largely inhabit Hokkaido, the northernmost of Japan’s four main islands. For centuries, Ainu elders have passed down important history, songs, and dances through oral lore.

Tempo ━ Movements in Mountains: A conceptual exploration of the connection Kyle Richardson finds between his athletic pursuits in Boulder’s Flatirons, and his background as a musician. 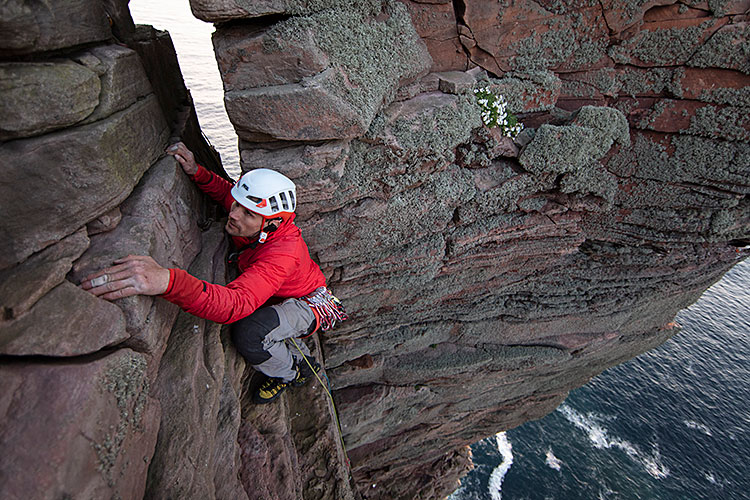 Climbing Blind (Tour Edit): Jesse Dufton was born with 20% central vision. As his sight degenerates, Jesse takes on bigger challenges by attempting to be the first blind person to lead climb the iconic Old Man of Hoy in Scotland.

Slack Sisters: Four female high-liners share thoughts about the art and sport of high-lining and the wisdom each have gained from their time on the line.

Natural Mystic: Come aboard for three minutes of thundering skiing with Sam Favret through the Aiguilles Rouges of Chamonix: no gimmicks, no tricks, and no music.

Imagine: For years Kieren D’Souza has been planning a new speed record on the 53-kilometre route up Mt. Friendship, a peak towering above Manali, the town in Himachal Pradesh where he lives.

Return to El Guayas: Ben Stookesberry, Rafa Ortiz and Lane Jacobs attempt the first descent of one of Colombia’s wildest rivers: El Rio Guayas. In the middle of night two, rain pours down, leaving the team stranded in the most remote part of the canyon.

The Secret of Bottom Turn Island: Snowboarder Alex Yoder searches to the ends of the earth for the lost art of “snow-surfing.” 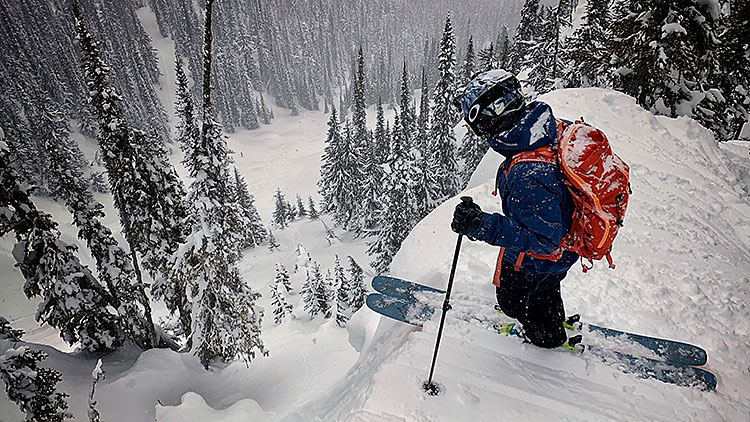 Far Far Est: Most students spend spring break soaking up sun on the beach, but not Charles and Olivier. The duo spend their week skiing and surfing on the North American east coast.

Free as Can Be: When Jordan Cannon, a young climber, meets climbing legend Mark Hudon, he commits to helping Mark accomplish his lifelong goal of free-climbing El Capitan.

One Star Reviews: National Parks: They say National Parks are America’s greatest idea. For some, there’s still plenty of room for improvement!

Running the Roof (Tour Edit): Three friends, bonded by a love of running, were desperate to ditch their desks and go on an adventure. One night, after a few too many drinks, they placed a bet. They would spin a globe and wherever their finger landed, they would run.

Voice Above Water: This is the story of Wayan, a 90-year-old fisherman who can no longer fish because of the amount of plastic piling up in the ocean. He uses his fishing boat and net to pull trash from the water.

Where I Belong: Chris Hill, an environmental lobbyist and angler, never saw people like herself on the river until recently.

Viewers can choose from the Banff Centre Mountain Film and Book Festival’s Amber or Onyx Programs for $15 each or the Bundle for $28. You have 72 hours (3 days) to watch an individual purchase, or two weeks to watch the bundle. The time does not start until you begin to watch. Each program lasts about two hours. For tickets and info visit riotheatre.com