Growing up, Sandor Rodriguez lived within walking distance of the Watsonville Family YMCA, where he discovered his passion for playing basketball. 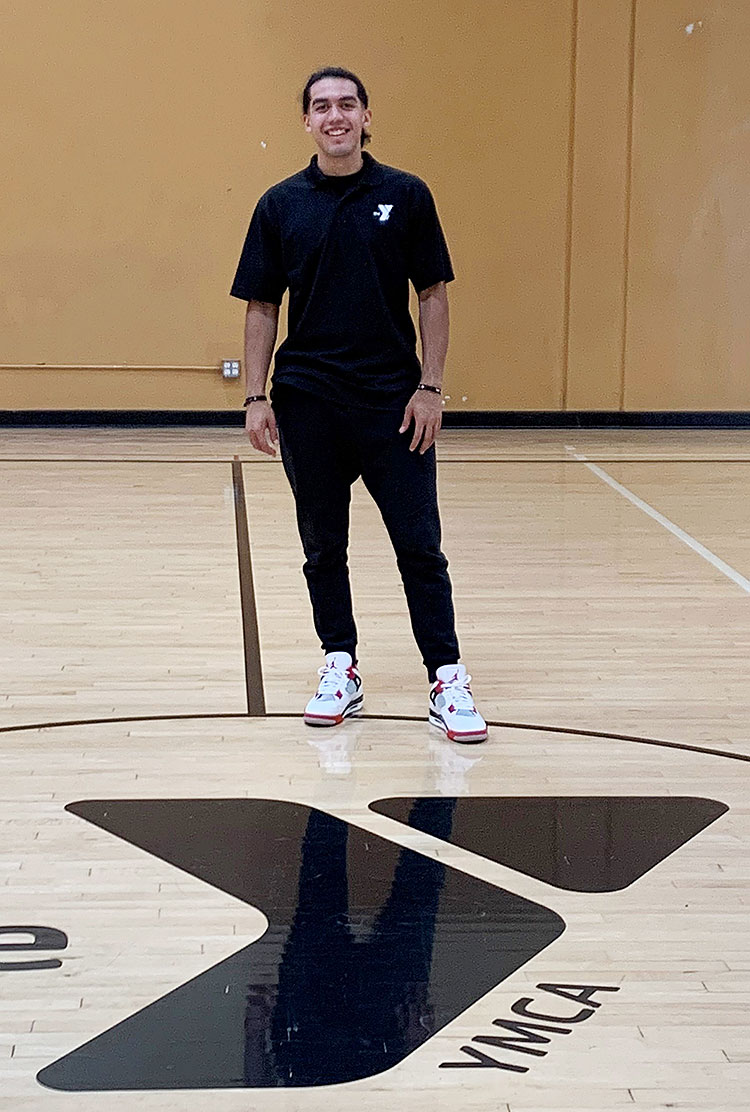 Sandor Rodriguez, 5-10, played on one of the top high school basketball teams in California in 2017. Now he’s coaching at the Watsonville YMCA.

He played point guard for St. Francis High School on a team that finished undefeated 12-0 in league, 20-3 overall, ranked 90th best in California and advanced eight games into the Division V state basketball championship until a tough one-point loss.

Now, as a membership associate and front desk person at the Y, he’s the first person you encounter when entering the YMCA and he coaches three basketball teams there. He is in training himself for a career in basketball.

“I started playing sports here at the Watsonville Y, been a member my whole life,” said Rodriguez, who is 23 and 5-10 — not as tall as some. “It was hard to keep me out of here when I was a kid. Now I’m the kid behind the desk! This is too good to be true for me.”

He went to elementary school at Moreland Notre Dame, down the street, before St. Francis High School in Watsonville, so he was never far from the Y, where he became known as a “gym rat.”

“The first time I picked up a basketball was after watching a clinic at Callaghan Park near the Y. I think I was 4,” he said in his rapid-fire way of talking. “I fell in love with the sport, in fact, I still have the participation trophy from that first clinic. So they’ve been stuck with me since I was 4!”

After high school, he was recruited to play basketball at Linfield University, a small private college in McMinnville, Oregon. But after two years, he didn’t feel it was the right fit, so he returned to Watsonville and took a break from school, hoping to somehow work in the community as a way of giving back.

Early in 2021, he got the job at the Watsonville Y, where he not only coaches youth basketball teams, but is training for a position on a team in a Mexican professional basketball league this summer.

You couldn’t keep him out of the Y when he was a kid, now it’s nearly impossible to keep him out as an adult.

“I know this facility inside and out,” he said. “For me, it’s not even work, it’s my way of giving back to the community that first took me in.”

He hopes to run his own basketball clinics at the Y, perhaps even open a school for underserved and underprivileged youth, much like NBA great LeBron James.

“That way I can impact the future of my community, my people, basically,” he said. “Lessons you learn on the court can apply to your life off the court. Sports is a beautiful thing.”