When cross country season arrived, the Scotts Valley High School teams did not know if there would be a season. 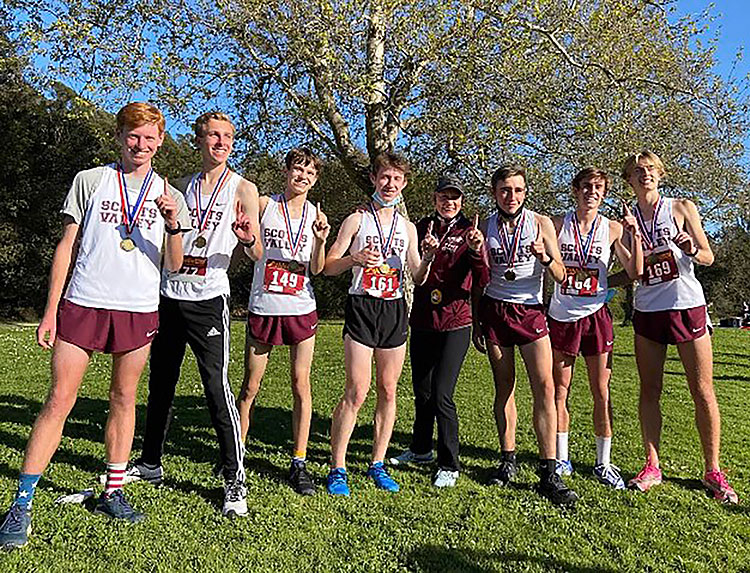 So what were the chances of a cross country season?

“We’re going to have a season, I just don’t know when,” she said.

The kids who were dedicated kept running.

That persistence in face of seemingly insurmountable obstacles paid off.

On March 26, the Scotts Valley varsity boys avenged their loss during the shortened season to their top rival Aptos, winning the Santa Cruz Coast Athletic League championship by two points, 29-31.

“I was so thrilled,” said Schmitt. “We’re unbeatable right now.” 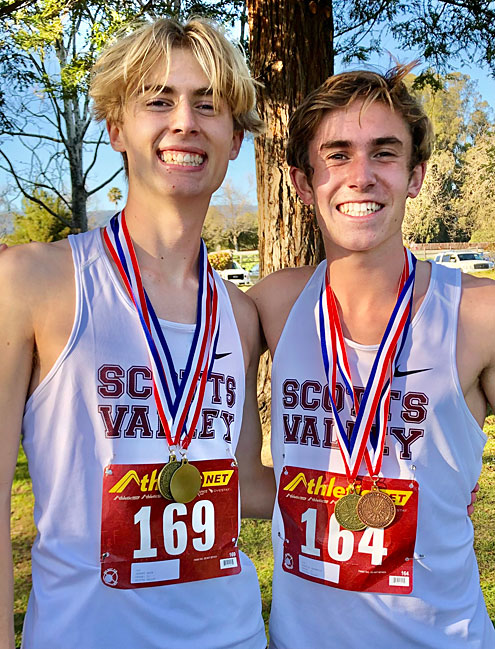 Jeremy Kain (left) and Patrick Goodrich, who finished first and third in the League championship, with their medals.

Jeremy Kain, a junior, led the way, coming in first at 14:49 on the 2.95-mile course at Pinto Lake Park — using his kick to arrive one second ahead of Aptos senior Ben Laughlin.

The championship meet was bigger than usual because teams outside the SCCAL were invited, such as Watsonville, St. Francis, St. Abe’s, Monte Vista Christian and Pacific Collegiate School.

With a crowded field of 62 runners, one of the safety precautions was staggering the start times to prevent runners from bunching up too close together, making it easier to spread the virus. While running, they were allowed to take off their mask. 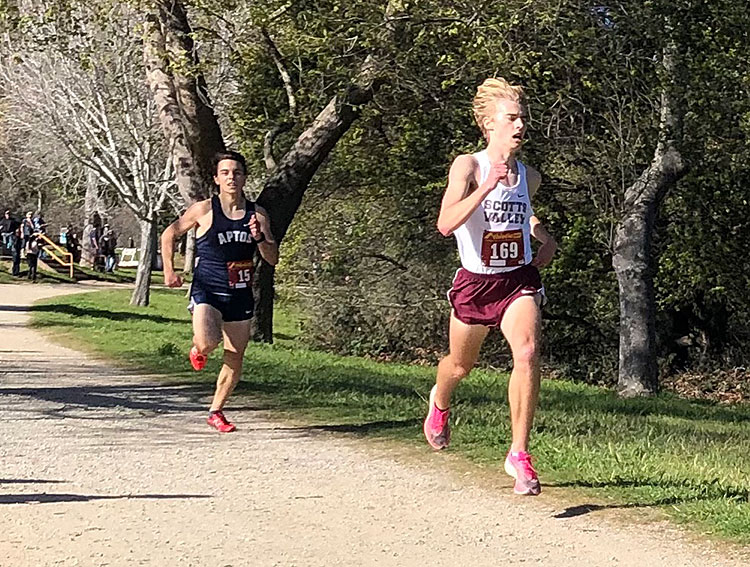 Schmitt made the case to include fastest senior runners in the first heat, and that was allowed.

Running head to head is “more fun,” she said, but the staggered start times worked and “the kids totally enjoyed it.”

However, the different start times made it hard to tell which team was the League champion — “a nail-biter,” Schmitt said.

In cross country scoring, the scores of the first five runners are counted, and the lowest score wins.

That’s what happened in the championship.

“If one guy had been two seconds slower, we would have lost,” Schmitt said, pleased to see the team effort that won the title. 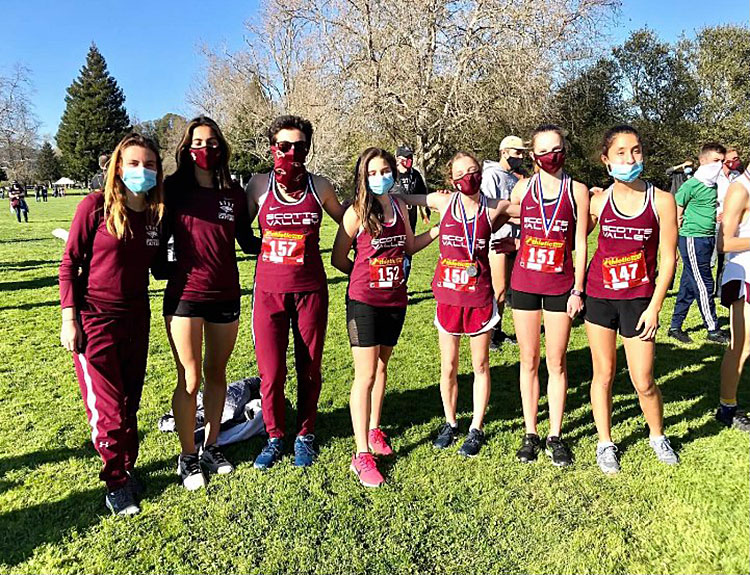 In the varsity girls’ race, sisters Ashlyn and Amber Boothby surprised everyone with their 1-2 finish.

Schmitt knew the Aptos girls team was “super strong and deep” so she wanted to be competitive with Soquel, and her team delivered.

“We came within nine points of Aptos,” she said. 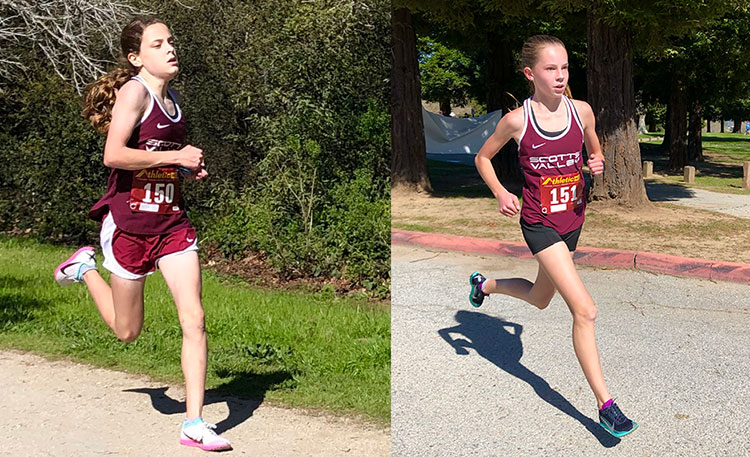 Cross country was the first high school sport in the county to compete in its COVID-shortened season.

Teams followed protocols such as temperature checks and wearing masks while training, an unusual scenario the student athletes got comfortable with, Schmitt said.

And how many COVID cases cropped up in cross country?