“The Puzzle Solver” Follows A Father’s Fight For His Son

When Whitney Dafoe had to give up his life as a photographer and world traveler at age 27, medical tests were unable to identify why he had lost so much weight and had so little energy. He couldn’t escape his swollen glands, his brain fog, the dizziness, fevers and stomach pain. 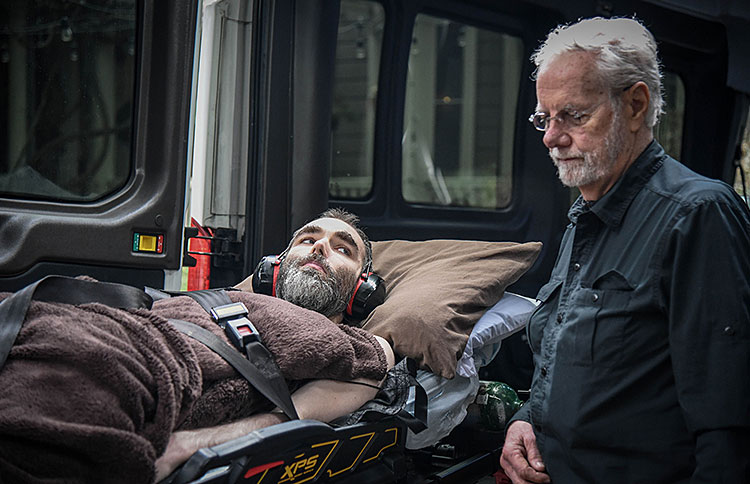 For three years, he searched for answers. He tried all kinds of remedies to no avail.

As for treatments, the doctor had nothing to offer.

It was 2010, and many medical practitioners didn’t believe in the disease. They assumed the problem was in the patient’s mind.

Fortunately, Whitney Dafoe’s parents, Ron Davis and Janet Dafoe, did not accept that conclusion. Neither did Aptos journalist Tracie White – more on that later. 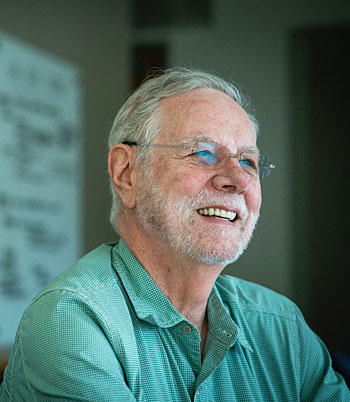 Ron Davis, 79, joined the Stanford faculty in biochemistry in 1972 and has won a slew of awards for his research. • Photo Credit: Mark Tuschman

Davis, a renowned professor at Stanford University and key contributor to the Human Genome Project, decided to test his son’s blood.

He worked out of his own garage. Research funding from the National Institutes of Health was, to say the least, skimpy — $6 million compared to $100 million for multiple sclerosis.

When Davis received the Gruber Prize for his pioneering work in genetics in 2011, he decided to use the $500,000 to fund research into the mysterious illness, looking for tests, treatments, and he hoped, a cure.

He tapped three Nobel Prize winners to be on the scientific advisory board of the Open Medicine Foundation, founded in 2012 by Linda Tannenbaum, whose daughter has the same condition as Whitney, to push for research.

In 2015, the Institute of Medicine (now the National Academy Sciences), a prestigious organization advising the nation on health, issued a report saying ME/CFS was a biological disease affecting an estimated 800,000 to 2.5 million people in the U.S. and that more research as needed.

After two years of research testing his hypotheses, Davis had an a-ha moment.

His son, who was being fed intravenously, was not surprisingly deficient in vitamins and minerals, but he was also deficient in amino acids, carbohydrates, lipids and nucleotides — the biochemicals needed to make ATP, the fuel needed by every cell in the body.

Whitney was having trouble making ATP, and his father suspected defective molecular pathway were the reason why.

This is where Aptos science writer Tracie A. White came in. 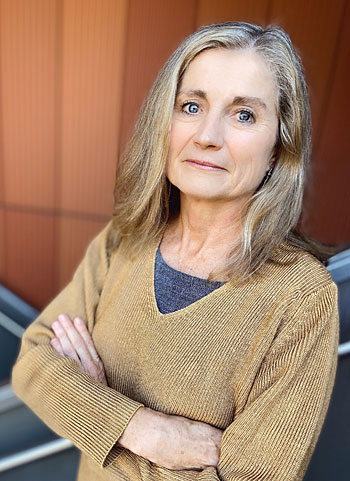 She was assigned to write about Davis and his quest to help his son for Stanford’s School of Medicine.

Her story, “The Puzzle Solver,” was picked up by Longreads.com, where a literary agent told her it could be a book.

White, 60, had won awards for her science writing but had never written a book.

“I knew the emotional toll it would take to delve into the story, but the family really wanted to get their story out,” she said.

So she took nine months off to write the first draft of the book, doing most of the research before the COVID-19 pandemic arrived.

She tracked down a couple who were among a cluster of cases near Lake Tahoe in 1984. Some called it a “hoax” but the couple were so ill they both had to resign their jobs.

She explored Ron Davis’ childhood in Illinois, sickly with strep throat and rheumatic fever, spending hours on the couch entertaining himself –imagining himself to be an ant crawling through the circuits in the walls and creating 3-D images in his mind. 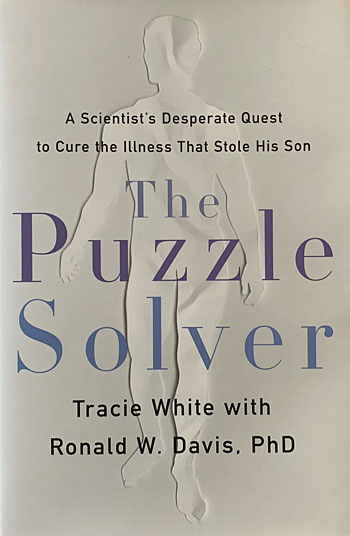 At 14, he experimented with building model rockets in his family’s basement.

When Popular Mechanics didn’t have the information he needed, he picked the lock to the library at Eastern Illinois University and read scientific journals, with a flashlight, to learn how to make fuels for his rockets. That’s where he first read about something much more interesting to him, DNA.

His guidance counselor said he wasn’t college material but his biology teacher, Charles Compton, persuaded him to apply anyway.

White said Davis is quiet, not prone to talking about himself.

“He’s about the science,” she said. “But he’s willing to do anything for his son.”

She titled her book proposal “The Invisible Patient” because so many people with the syndrome had been dismissed.

Whitney, however, communicated in no uncertain terms he did not like that title, flipping his blanket and dropping his foot on the floor.

“I could not argue with him,” White said.

“The Puzzle Solver” is the title she came up with for her Stanford Medicine magazine story, honing in on how Davis has a mind that can see a problem differently to develop a solution.

The pandemic ended her visits with the family but she reports Davis and his wife are happy with the book.

“They are still working hard every day to tell Whitney’s story and advocate for more funding research for this awful disease,” White said. 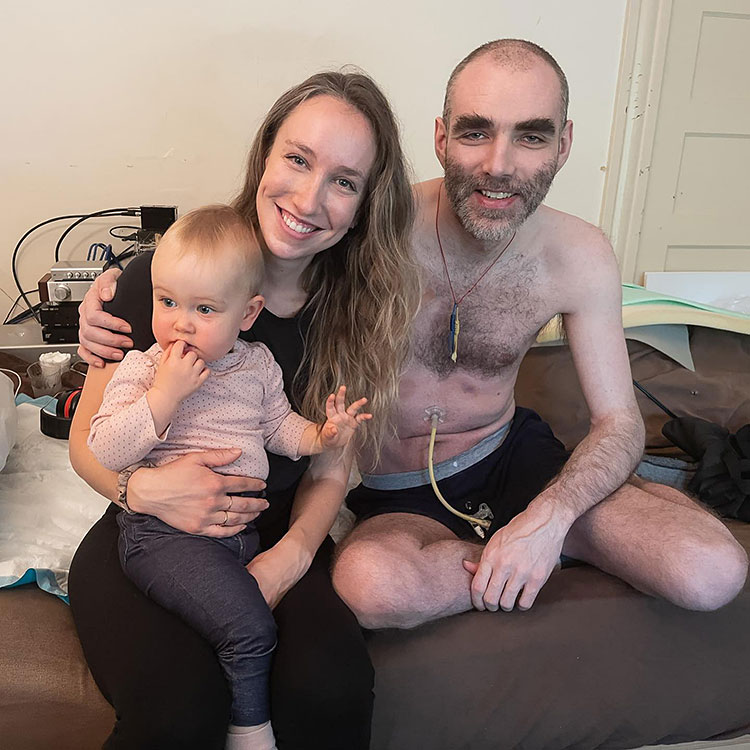 Whitney is still using a feeding tube and cannot talk. But he has been taking Abilify, a drug developed for schizophrenia that in much tinier doses anecdotally has been shown to help people with chronic fatigue, enabling him to type and send messages via cellphone and connect with friends on Facebook.

“He was able to put his arm around his sister and his niece who is 1-and-1/2,” White said.

She said chronic fatigue symptoms have been reported by COVID-19 “long haulers,” people who have symptoms months after the acute phase is over.

That may bring more attention to chronic fatigue syndrome. There’s no test, which Davis is working on, and more money for research is needed.

White is doing her part.

Editor’s note: Tracie White, an award-winning journalist and a science writer for Stanford Medicine, has lived in Aptos since 1990. She is married to Mark Dorfman, athletic director at Aptos High School for 30 years.