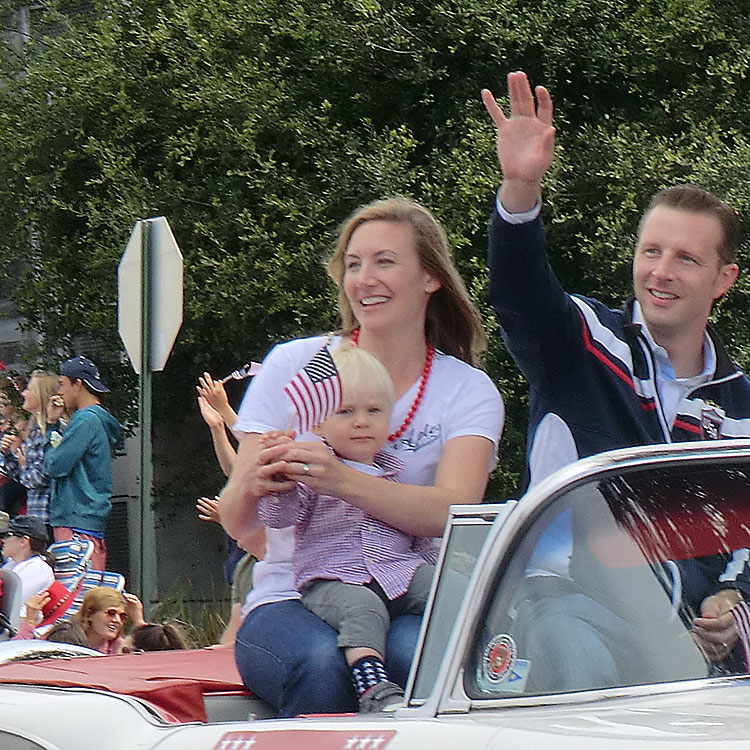 Scotts Valley City Manager Tina Friend has accepted a new job as city manager in Coronado in Southern California, which will mean changes for her husband, Second District County Supervisor Zach Friend, and their six-year-old son. She will start in September. 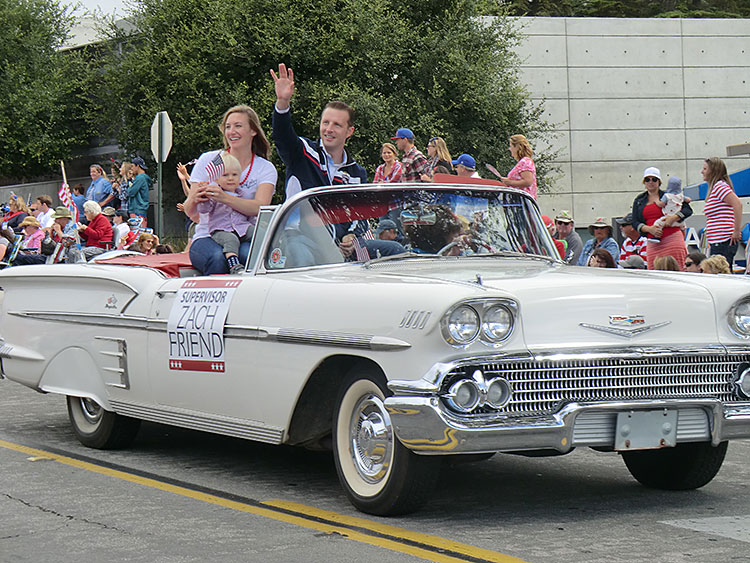 Tina and Zach Friend enjoy the 2016 World’s Shortest Parade in Aptos with their son, Elliott.

“The pandemic helped solidify the importance of family,” she said. “While I will miss the Scotts Valley community, this career opportunity brings me close to our extended family where I can help care for our parents as they enter their golden years.”

“Tina is an invaluable member of the Scotts Valley family and her leadership was critical to our City,” said Mayor Derek Timm. “She helped stabilize our City finances, navigate the myriad challenges of the pandemic and steward our City through evacuations during the fires. She set our City up for long-term success, and her contributions are significant and long-lasting…We are proud of all that she has accomplished here and excited to see what she will accomplish in the future.”

As Tina Shull, she spent nine years as assistant city manager for the City of Santa Cruz, population 75,000 with a $103.6 million general fund and 903 employees, when the city was recovering from the recession triggered by the housing market collapse. She started as a research analyst in 2005 when the economy was booming.

Her appointment in Coronado was unanimous.

The Coronado mayor cited her experience in coastal government and her service on local and regional commissions and boards on economic development, tourism, libraries, public safety and housing and homelessness.

She will replace interim city manager Mark Ochenduszko, who filled in since Blair King resigned in April after 11 years to become city manager in Bainbridge Island in Washington State.

Coronado is known for the grand Victorian Hotel del Coronado, which opened in 1888, and tourism is an essential part of the economy.

“Coronado is a world class community and I feel very fortunate to be joining the City team,” Friend said in Coronado’s announcement.

In April 2020, a month after the pandemic shelter-in-place began, Coronado’s City Council created the “Lifeline Business Loan” program to provide loans up to $20,000 to small locally owned businesses generating sales tax and adversely impacted by COVID-19 to strengthen their ability to recover. The amount outstanding is about $300,000.

Salary for Coronado’s city manager: Approximately $250,000, according to the post by the Ralph Andersen consulting firm.

The job drew 65 candidates, and Friend was one of six invited to interview, according to the announcement from Coronado, resulting in two finalists.

Friend comes from a military family and her father was stationed in Southern California.

Her husband, Zach Friend, who was first elected to represent Aptos in 2012, is a native of San Diego and lifelong fan of the Padres, an interest he’ll share with their 6-year-old son.

Asked about the new post, Zach Friend responded by email, saying, “I am exceptionally proud and supportive of my remarkable wife. To be selected to manage another storied community while giving our son an opportunity to spend more time with his grandparents as they age just speaks to who she is as a person.”

He added, “Many families have carved a path for us on how to strike a balance between service and family especially when distance and two professional careers are involved. My career isn’t more important than hers and I am committed to finding the balance in actively representing my district while also travelling regularly down there to ensure I am deeply present for Tina and our son.”

In Coronado, the city manager is the administrative head of the municipal government under the direction and control of the City Council, responsible for all city operations.