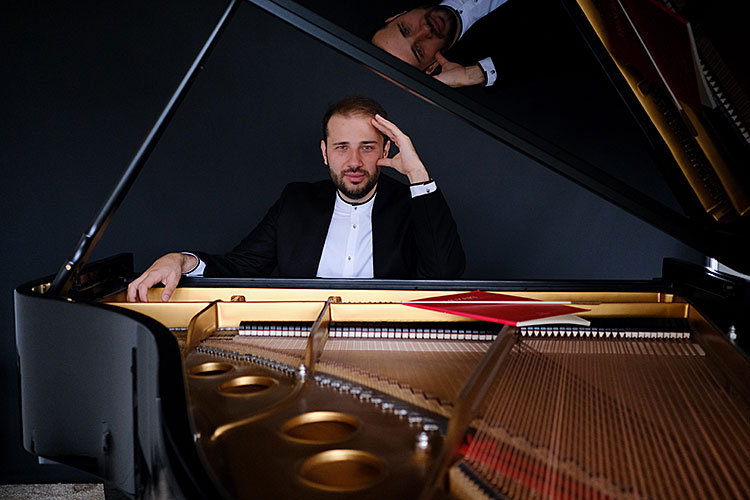 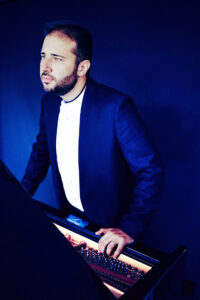 Born in Kharkiv, Ukraine, Khristenko gave his first piano solo recital in Kharkiv Philharmonic Hall at age 11 — and he has since captivated audiences on four continents.

He studied with Vera Gornostaeva in the Moscow Tchaikovsky Conservatory and with Sergei Babayan in the Cleveland Institute of Music.

He has been called a “poet of piano” with his emotional intensity.

He is a Steinway artist.

He moved to the United States in 2008; most of his family still resides in Kharkiv. He is a co-founder of KharkivMusicFest as well as music director of Nova Sinfonietta Chamber Orchestra in Kharkiv. In 2020 he founded Rethink Classical, digital initiative for classical music and arts as well as Rethink Piano Academy, a mentoring initiative for young pianists.

The event was canceled in 2020 due to the pandemic and most of its program was presented in the spring 2021. This year’s event, planned for the end of March, replaced due to the attack by Russia with one concert in the subway shelter by only five musicians that stayed in Kharkiv. This year KharkivMusicFest was featured by Washington Post and ABC News, among others.

With the Nova Sinfonietta Chamber Orchestra, Stanislav conducted works of 40 composers in its first three seasons. In 2018-2019, Nova Sinfonietta ArtConnect project brought together musicians from Odesa, Lviv, and Kyiv chamber orchestras for alongside performances.

Nova Sinfoneittta orchestra musicians started a Children’s Orchestra initiative but activities were interrupted by the pandemic in 2020.

At this moment, most of the musicians have left Kharkiv to find shelter all over Europe.