Home Our State Amah Mutsun: When Fire Was a Tool
Our StateOur Town

The evidence is in the diaries of missionary explorer Juan Crespi, who joined the Portola expedition in California in 1769, drew maps of the area and wrote in detail about what he saw. 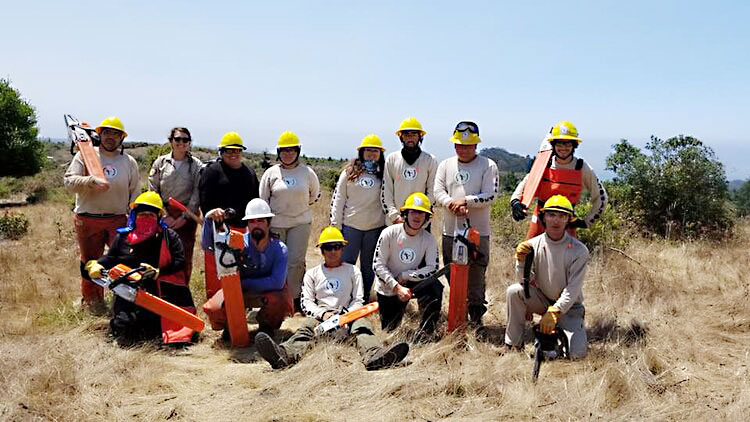 He saw indigenous peoples had burned the land frequently, noting this in his diary on Oct. 24, Oct. 30 and Nov. 6, from Palo Alto to Half Moon Bay.

About Half Moon Bay, he wrote: “Rolling hills burnt off with very good soil, good spot for a town, however, there is not a stick of wood anywhere about here.”

That’s one piece of evidence cited by researcher Rob Cuthrell, director of archaeological resource management for the Amah Mutsun Land Trust, to document how native people used fire as a tool to steward the land until the Mission leaders outlawed indigenous burning in 1778. 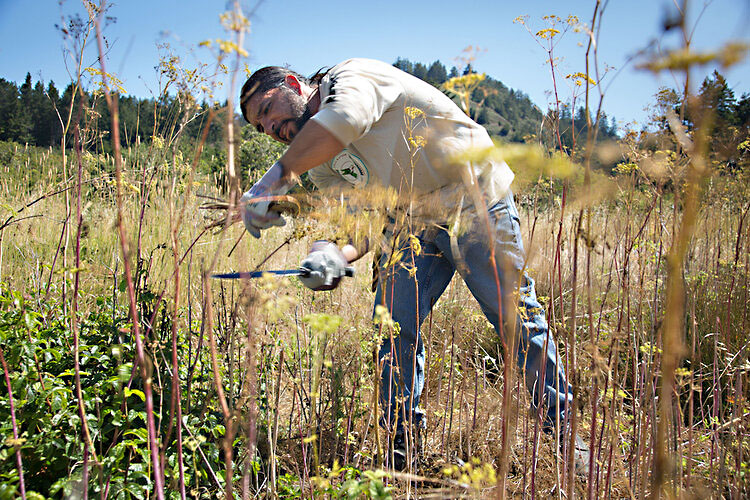 Cuttrell was one of the speakers when the Amah Mutsun Land Trust hosted its first fire symposium on Nov. 19, an event on Zoom that attracted more than 600 viewers in the wake of the CZU August Lightning Complex fires that charred 86,000 acres and destroyed 925 homes in Santa Cruz and San Mateo counties.

Valentin Lopez, chairman of the Amah Mutsun Tribal Band, called fire a gift from Creator and “a tool to manage the landscape.”

“Our people would burn that landscape (of coastal prairie),” he said.

They would burn segments of land in a particular rotation, using low-intensity fires that were easy to watch over and that would not sterilize the ground. 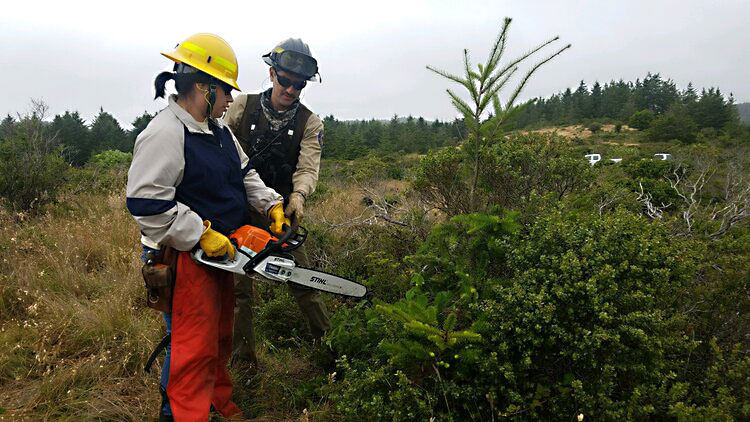 “The prairie had a lot of seed plants — fire was important to help seeds germinate,” Lopez said. “It would take care of birds and animals and people. Our diet was 40 percent seeds at times.”

The second year after the fire, there would be tall shoots for deer and elk to eat. The third year, bushy plants useful for basketry and traps. The fourth year, thicker plants used to make boats and housing.

With the cycle complete, they would start over, once again burning the land to “balance and take care of the resources,” Lopez said.

When burning was outlawed, shrubs started to encroach on the prairie, then other trees, then redwoods, he said.

“There are very little grasslands now on the Central Coast — the biodiversity is gone now,” he said. “Burning regularly rebuilds topsoil. The way we are talking about today will actually achieve that.” 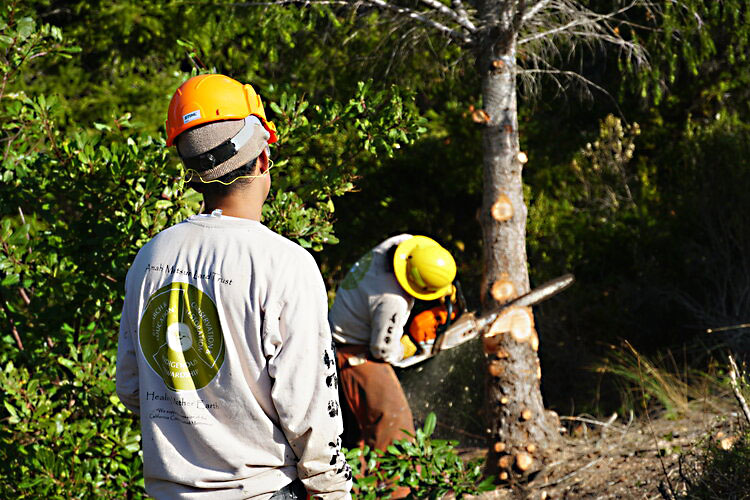 The burning, done “in small patches” in a mosaic pattern, would clear land, control insects, and boost the productivity of plants and animals, he said.

As for the CZU fire damage in the San Vicente Redwoods Preserve in Santa Cruz County, he said, “Indigenous management would have prevented this.”

Cal Fire has funded a research project on 25 acres in the San Vicente Redwoods with the Amah Mutsun, working together as a team, and Stephens hopes to secure a second site soon.

“It’s time for innovation and restoration,” he said.

“Knowing how and when to set fire is important,” Hankins said. “In our stories, we have a knowledge about fires that goes back to the beginning of time.”

He quoted a Miwok elder saying, “If people stop burning, wildfire will become rampant. If you light fires, you must know you will bring the rain.”

The Amah Mutsun Land Trust, formed in 2013, has four full-time staff, and is recruiting an executive director.

Sara French, interim executive director, said the organization has funding for the first time from the Coastal Conservancy for the Native Stewardship Corps.

French said she wants to build up an engine crew so the land trust can contract with landowners to do prescribed burning.

The Amah Mutsun Land Trust also is working to protect Juristac, one of the tribe’s last sacred sites in Santa Clara County, from sand and gravel mining.

“We need your help,” French said, urging listeners to subscribe to the tribe’s newsletter at www.amahmutsunlandtrust.org/

Where Do Highways Need Bicycle Improvements?

I Am a COVID-19 Survivor