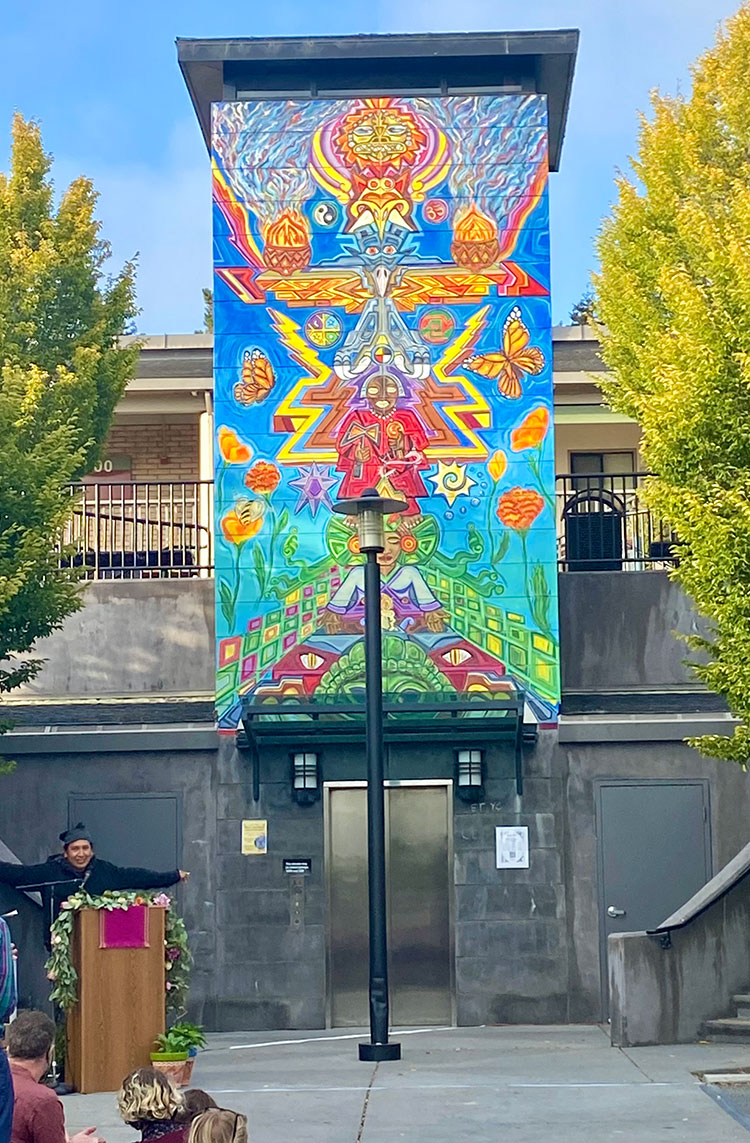 The mural is a stunning work, a powerful vertical image that adorns the elevator tower overlooking Cabrillo’s campus Quad.

Painted by local artist and Cabrillo graduate Francisco Alonso, the mural — entitled “Unity” — is part of the College’s ongoing efforts to promote its diversity and celebrate its Hispanic-serving institution status.

This past May, for the first time in Cabrillo’s history, 50% of Cabrillo’s graduating class was Latinx.

Cabrillo College  aims to foster a greater sense of belonging among its diverse student body, celebrating Latinx culture and centering on Black, Indigenous, and People of Color (BIPOC) and their racial, cultural, and linguistic ways of living and knowing. 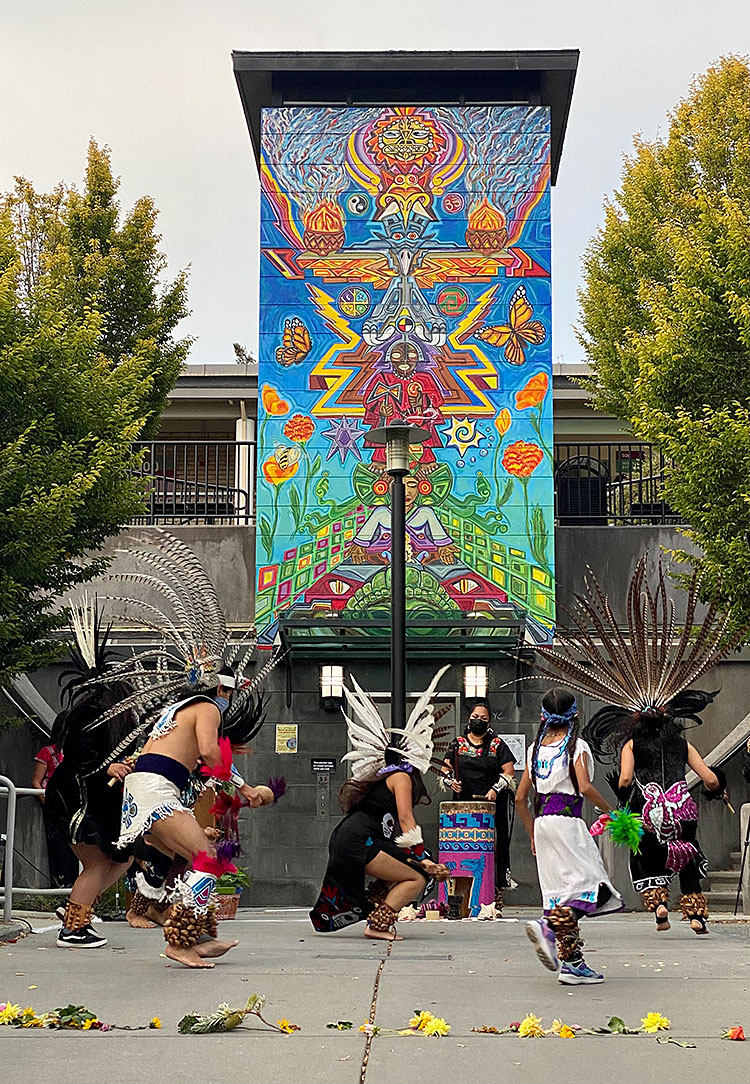