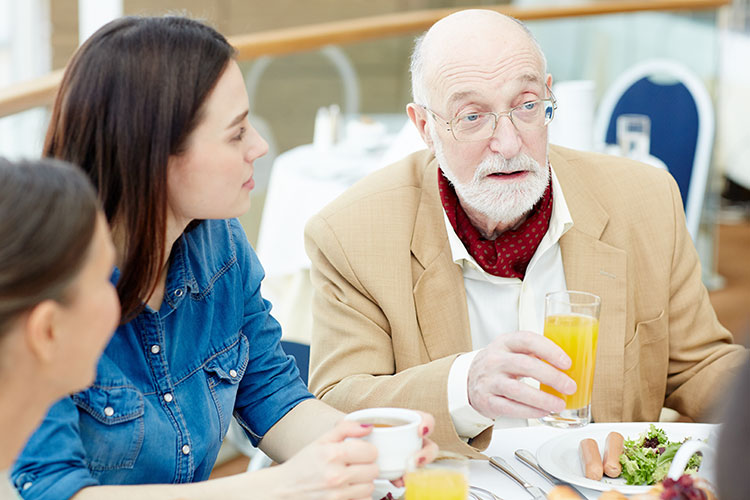 Editor’s note: In 1978, Congress passed legislation declaring April 28–29, 1979 — the anniversary of the American liberation of the Dachau concentration camp in 1945 — to be Days of Remembrance of Victims of the Holocaust. Here is one survivor’s story.

In a time when our world is engulfed in international crisis, a two-year pandemic, and political and social uproar, it is difficult to see the light at the end of the tunnel. Yet, by looking to those who have survived hardship in the past, we can find hope and inspiration for the future.

Marian Nachman was a young Jewish girl during the Holocaust. Today she still faces the confusion and pain that haunts her memories. Yet, Marian has found a life of happiness by developing a dogged determination not to let her past define her present.

Marian now lives in a retirement facility in Seattle, Washington. I had the pleasure of meeting her through a program at UCLA called Bearing Witness, where students are paired with a Holocaust survivor and have the opportunity to talk with them about their experiences.

Marian is a thoughtful, kind-hearted woman who changed my life with her unconventional tale of discovery, despite the “chaos, change, and general upheaval” of her childhood.

Marian lived her early childhood thinking she was Marian Martens, a Catholic girl from the Netherlands with Dutch parents and brothers.

This was a lie.

Marian was born Marianne Neuhaus on May 8, 1938, in the small town of s‘Hertogenbosch in the Netherlands. Her parents had emigrated from Germany when Hitler rose to power, but when the Nazis invaded the Netherlands in 1940, her parents were forced into hiding.

Unable to take a small child with them due to risk of exposure, they hid Marian with the Martens family, who agreed to raise her as their own daughter. There, Marian spent the war years believing she was a Dutch girl with her Dutch parents and brothers.

“I was brainwashed into believing that I was a Martens,” she said, “and gradually, I came to accept that, and that the Martens were my real family.”

Marian attended Catholic school and had lots of wonderful memories there.

“The big house had lots of fruit trees and berry bushes,” she recalled, “so we never experienced the starvation of Amsterdam residents.”

Marian also loved the Christmas celebrations at home. “I enjoyed the carols and traditions for many years after coming to the US, despite being religiously Jewish,” she said.

In 1946, after the war had ended, Marian’s uncle from New York appeared at the Martens’ home in his full U.S. Army uniform. He told Marian for the first time the truth about her heritage — that she was not a Martens but belonged to the Neuhaus family and was to move to America to live with her aunt and uncle.

At a young age, Marian flew alone on a plane to New York City; her new family didn’t know any Dutch, while she knew no English.

“I had never met them in my life and I was now told by my aunt to address her as ‘mom,’” Marian recalled.

Many years later, in college, Marian studied abroad in France and was able to visit the Martens for the first time since she was relocated.

“It was a wonderful reunion,” Marian says with a wistful smile.

While she was visiting, Marian asked the Martens the question that had plagued her for years: Why did they take her in, why did they risk their lives for this one child?

The Martens responded in confusion.

“The look on their faces read, ‘What else did you expect us to do?’” Marian remembered. “They felt it was their moral duty. They were very courageous people who risked their lives to take me in. They were just good human beings… they embody true heroism.”

“It was an experience that was extremely gratifying,” Marian said, “because the children could see with their own eyes for example, the cellar where their grandparents had hidden from Nazi bombing raids.”

Marian enjoys being a part of UCLA’s Bearing Witness program because of the joy she feels in sharing her story with young people.

“It is important to have these kinds of difficult discussions and learn from them,” she said thoughtfully.

During her day-to-day life, amidst today’s woes and the trauma of her formative years, Marian has many low days. However, the same patience and hope that helped her survive her past helps her persevere through her struggles today.

The lessons Marian has taught me have been both enriching and life-changing. Her story formed the very core of who she is and shaped her into a caring, compassionate, person.

Marian’s journey has forever instilled in me the importance of seeing the light at the end of the tunnel, of finding the strength to live a joyful life, no matter how oppressive the darkness around me may seem.

“Healing is a complicated process,” she mused, “and only with maturity have I been able to get there.”

Willa Reed, a graduate of Scotts Valley High School, is a freshman at UCLA.