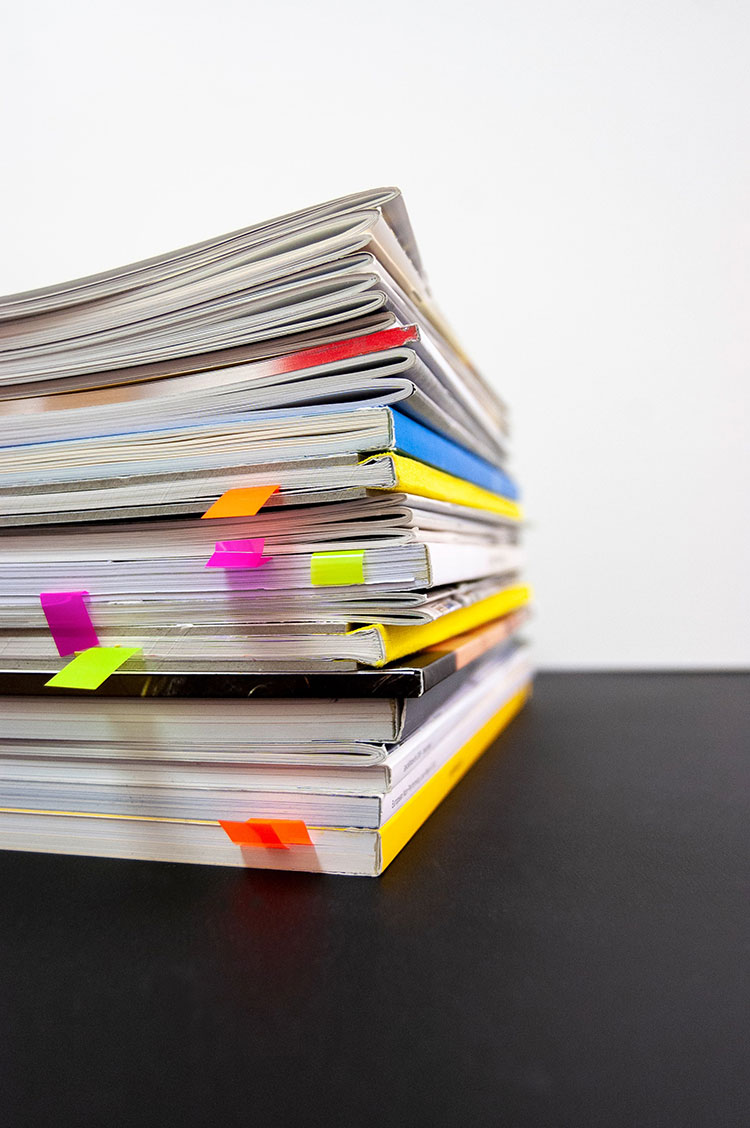 There were winners — and quite a few losers — in the Santa Cruz County process to award nearly $6 million in grants to nonprofits to provide services the county doesn’t — and the losers are distressed.

These services were funded a year ago. What gives? Why are services deemed valuable last year no longer worthy of county funding?

It’s all about the process.

The decision on who gets grants arises out of the Collective of Results and Evidence-based investments process adopted in 2015, county spokesman Jason Hoppin said.

The process, which uses a panel of independent reviewers (see names in box), prioritizes Thriving Families and Health & Wellness.

Numerically, 32% of the money went to Thriving Families and 31% to Health & Wellness.

Then 13% for Stable Affordable Housing & Shelter, 12% for Economic Stability & Mobility, 7% for Lifelong Learning & Education and 3% each to Safe & Just Community and Community Connectedness.

The city of Santa Cruz uses the same process to focus its investments as to assign grants.

The two governmental entities are awarding $545,000 more compared to a year ago.

The county encouraged new applicants, the goal to achieve equitable health and well-being.

With requests more than double available dollars, “many highly rated proposals,” Hoppin wrote, “unfortunately could not be recommended for funding.” 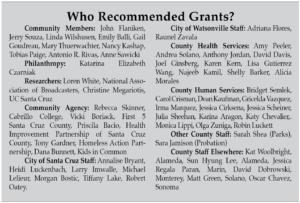 When the recommendations appeared on the county supervisors’ agenda, more than 100 people emailed them, pleading for mercy for the nonprofits that save lives, keep families in Santa Cruz or offer a service not available elsewhere.

“The $2.2 million shift from existing programs to new programs will disrupt the lives of thousands of low-income people and kick them ut of the services they need,” predicted Karen Delany, executive director of the Volunteer Center of Santa Cruz County.

Hoppin pointed out Community Bridges got the second largest award.

Also, its funding request was cut by $816,778, according to Community Bridges, which is searching for a new kitchengpt Meals on Wheelse as its lease with the Live Oak School District at the Live Oak Senior Center is expiring after 45 years.

“We must ask the simple question of how many families will be served under the new recommendations,” wrote Ramon Cancino, Community Bridges CEO, whose organization hosted a press conference June 7 in protest.

Hours at the family resource centers will be cut by 50%, he said, and no center will be open more than 3 days a week. Afterschool programs will be reduced, along with counseling and eviction support.

“Elderday will go into a structural deficit for three years until we can find a solution,” he added. “That’s just the tip of the iceberg.”

He said his programs stepped in to serve CZU fire families and took the lead on vaccine outreach, making 25,000 calls and 4,000 appointments.

Capitola parent Tania Ryan emailed to support Community Bridges and especially the Live Oak Family Resource Center, which helped her find Soquel Nursery School for her 2-year-old when she was new to the county.

“Do not drive families out of Santa Cruz County to seek work elsewhere because county and city funding is not designated for childcare,” emailed Melanie Sluggett, a child care administrator at a local school district.

David Bianchi, executive director of Family Service Agency, tallied the losses due to lack of county grants for his agency at $121,000, and $53,000 in lost city funding

He said Suicide Prevention, I-You Venture, WomenCARE and Survivors Healing Center had merged with Family Service Agency to become cost-effective and that the programs had an “exemplary record of meeting all benchmarks, outcomes and levels of satisfaction to these vulnerable target populations.”

“I don’t know if I would be alive today without their affordable services,” emailed Elky (last name withheld by Aptos Times).

Eva Brunner, a volunteer with WomenCare for nearly 20 years, explained it became clear in 2011 WomenCare could not sustain on its own, and the Family Service partnership allowed WomenCare to survive and thrive.

Randy Peyser emailed, “WomnCare provides a light in the vast darkness, helping women cope with the hardest experience of their lives.”

Two residents pointed out the void for grants in San Lorenzo Valley.

Nancy Macy, Boulder Creek resident since 1974 and a former president of the Valley Women’s Club, said the funding budget “failed” San Lorenzo Valley by not recognizing the importance of Mountain Community Resources, founded by Valley residents. “Keep the volunteers involved,” she advised.

“The recommended recipients offer no programs that take place in the San Lorenzo Valley, home to over 25,000 citizens,” emailed Nancy Gerdt of Felton.