Celebrating Black History Month With Appreciation and Pride for my Predecessors 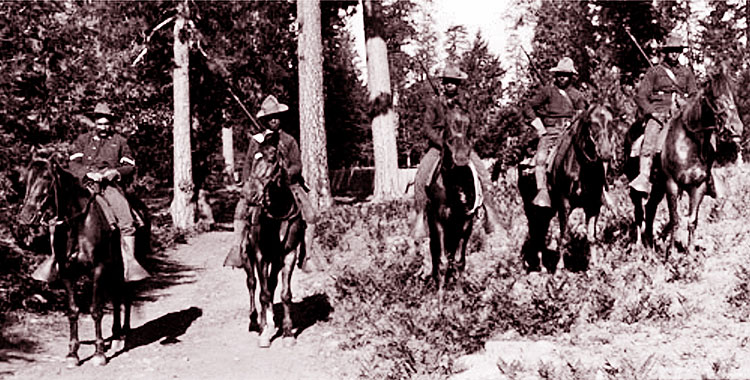 Formed in 1866 after the Civil War, six all-Black regiments were created within the US Army to help with westward expansion and protection. 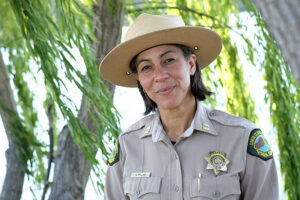 Most were freed slaves from the north, however, this was also an opportunity for Black men to serve in a prestigious role and escape plantation work.

The soldiers were responsible for clearing westward lands of poachers, land squatters, fighting Mexican revolutionaries and anything else that would stand in the way of expansion.

Additionally charged with fighting in the Indian Wars, it became a personal struggle for the soldiers to carry out orders against the Native Americans.

They found it difficult to fight against a people that were being oppressed by the very same government that treated Blacks so poorly, including the soldiers who themselves received rotting food, the poorest uniforms and equipment and the worst horses.

There are a few theories, but Native Americans are said to have named them the Buffalo Soldiers for their dark tight curly hair that looked like the buffalo’s fur, dark skin and bison coats they wore. Also they were considered worthy adversaries who fought hard and bravely like the revered buffalo.

The Buffalo Soldiers accepted the name as an honor and both groups developed a mutual respect for each other.

Only allowed to serve west of the Mississippi, Buffalo Soldiers were chosen to fill the need to protect the new national parks that were established.

So in the spring of 1899, the 10th Cavalry and the 24th Infantry of 500 soldiers were sent on a 16-day journey from the San Francisco Presidio to Yosemite to take up residency and build infrastructure.

In 1903, Colonel Charles Young, one of only three Black men who graduated from West Point was sent to lead the Buffalo Soldiers at Sequoia in building roads, trails, buildings, and fighting forest fires.

Colonel Young was the highest-ranking Black officer and the first Black superintendent of Sequoia National Park.

Under his leadership, the troops also built the first trail climbing Mt. Whitney and created the Yosemite Arboretum, the first museum in the National Park Service.

Many of their contributions to the parks still stand today.

TOP PHOTO: The Buffalo Soldiers created the iconic Park Ranger hat or Smokey Bear Hat too! They found that by pinching together the top of the hat, that the rain would shed off of it faster. I can personally vouch for the brilliant design. • Courtesy of Aniko Kannan-Millan