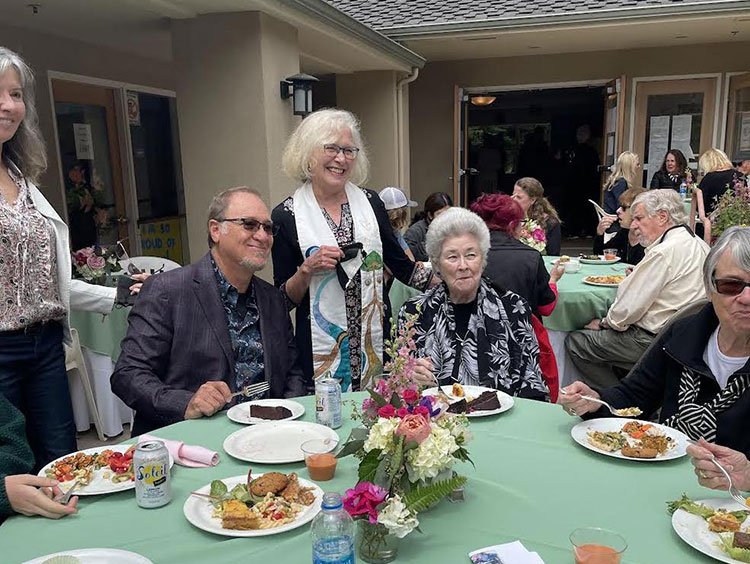 Last month, the Reverend Jane Grady conducted her last service at the La Selva Beach Community Church. On Sunday, May 22, Jane and the church’s congregation participated in a Ritual of Covenant Release ceremony officiated by a representative from the Northern California Nevada Conference of the United Church of Christ. The rite was followed by a luncheon in Jane’s honor in the church courtyard. 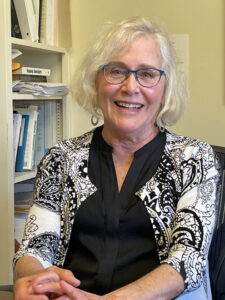 The La Selva Beach Community Church has grown and changed since 1980 when Jane, at age 28, moved from Berkeley to La Selva Beach to become the pastor.

“They called me, which was a pretty unusual move, for them to call a young female minister,” Jane said.

Originally from Minnesota, Jane graduated from the Pacific School of Religion in Berkeley. In 1979 she received a call to meet with the LSBCC search committee after the church had gone through a number of ministers.

“The early years were difficult,” Jane said, adding that it was mostly due to her inexperience.

“But I had some good mentors within the church,” she said, who helped ease her way in the beginning by guiding and aligning Jane and the church members. Jane noted that she learned about process from Edna Haynes, one of those mentors.

The La Selva Beach Community Church had expanded from its beginnings in 1950 in the town’s community clubhouse into a chapel built nearby in 1961 that later included classrooms and a social hall.

Jane saw the church through many projects throughout her years there. 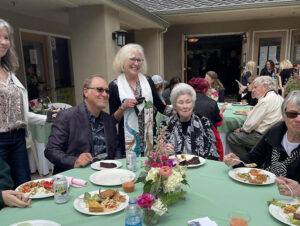 This included improved accessibility, expansions and renovations that created a more flexible use of space, and the addition of new stained glass windows that were custom made by John Joy.

At the suggestion of a parishioner, Jane helped guide the church in becoming an Open and Affirming church. Jane and the congregation engaged in a yearlong process of discussion, study, and consultations that culminated in a unanimous vote in 2006.

“That was a wonderful process,” Jane remarked. “There were several processes the church has gone through that has really contributed to people’s growth.”

“I have a pretty good eye and ear for how we can put things together,” she said. “I can help weave other people’s creativity. It is important that a church is a place to exercise your gifts.”

It is unusual for a pastor to stay at the same church for 42 years. Jane said some of her colleagues wondered whether she ever got bored, but she had many reasons to stay interested and engaged in LSBCC.

“There are seasons in your life, there are seasons in the church life in terms of different projects or directions that are going on at the same time, so there is change,” she said. “One of the joys of that is that you are pastoring several generations of family … on the one end there’s the care for the elders and the memorial services and on the other end there are baptisms for grandchildren. That was really a joy for me, being involved in people’s lives over time and over generations.”