With new COVID-19 cases in the single digits and 194,000 vaccinations, Santa Cruz County expects a huge increase in demand April 15, when any Californian 16 or older is eligible for vaccine, and could potentially move April 27 into the least restrictive Yellow Tier, which allows gyms, saunas, dance and yoga studios, wineries, breweries and bowling alleys to operate at 50 percent capacity.

Current capacity for those businesses is capped at 25 percent; live-audience events can be staged outdoors at 33 percent capacity. On April 6, Gov. Newsom announced the state has administered 4 million of doses of vaccine, a key milestone, and that if current trends continue, the state will fully reopen June 15, allowing conventions to resume, with maximum attendance of 5,000.

“We’re really quite pleased,” Santa Cruz County Deputy Health Officer Dr. David Ghilarducci said Wednesday. “We have a low of 3.4 new COVID cases per day on a per 100,000 basis and our positivity rate is down to 1 percent, which is quite remarkable.”

The single-shot Johnson & Johnson vaccine is on pause after 6.8 million doses – to investigate after six women under age 50 had serious blood clots and one died.

“It’s going to take some digging to understand whether the vaccine is an increased risk,” Ghilarducci said. “Catching COVID itself can cause blood clots. We’ve lost people, sadly.”

The pause is not expected to affect California, where Johnson & Johnson supplied only 4 percent of the state’s vaccines, or Santa Cruz County.

Given current restrictions, Cabrillo College has announced a virtual graduation ceremony 4 p.m. May 21, requiring students to RSVP by April 26.

On March 26, the state announced guidelines for graduation ceremonies, and the Pajaro Valley Unified School District is planning in-person ceremonies.

Aptos High school staff has been asking for student and family input.

The Mariners have been playing football in a shortened season; track and field is under way, so is basketball.

The Scotts Valley Chamber of Commerce plans to restart the Art & Wine Festival Aug. 21-22 with Cops ‘N Rodders Saturday and Bring Your Dog Day Sunday, and Watsonville Municipal Airport plans to host “Fire in the Sky,” an open house with remote control aircraft demos and fireworks on Sept. 4.

Nothing in the state’s guidance would prevent a Fourth of July parade, according to Santa Cruz county spokesman Jason Hoppin, but no announcements have been made in Aptos, Scotts Valley, Boulder Creek or Watsonville, which traditionally host parades.

The challenge is that Caltrans and typically the county have required a 90-day notice to apply for a permit to close a road for the parade, Hallie Greene, Boulder Creek Recreation and Park District manager, said.

Members of the Boulder Creek Business Association, which puts on the parade, are strapped financially because of the state’s capacity limits, some at 25 percent.

Summer camps are restarting, such as Camp Kayetz at Temple Beth El in Aptos; capacity is limited to 50 percent. 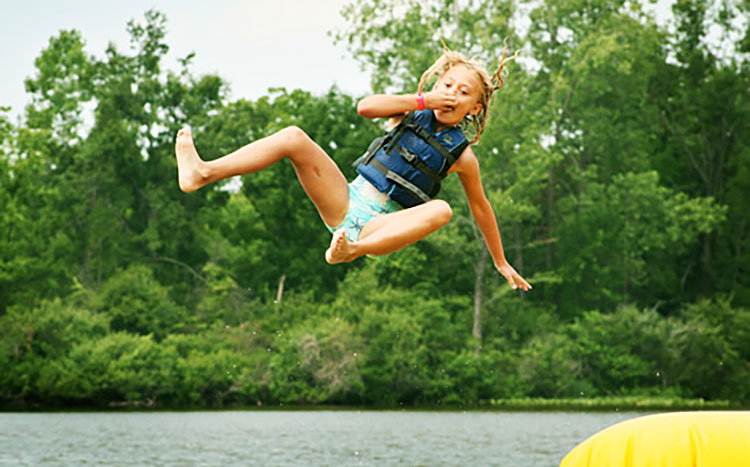 The popular Junior Guards and Little Guards, offered in three-week sessions by Santa Cruz County, opened phone registration April 3. The city of Santa Cruz will open online registration for both programs May 1, with time slots for residents and non-residents.

Summer camp at the Santa Cruz County Animal Shelter, with one-week segments in June and July, has already sold out.

At Wednesday’s press conference, Hall, the county’s health services chief, urged people to be patient on April 15, when everyone 16-and-older is eligible to get a vaccine appointment through www.MyTurn.ca.gov.

Federally qualified health care centers such as Salud Para La Gente and Santa Cruz Community Health are not using MyTurn, so to get an appointment there, go to santacruzhealth.org, click on vaccines and follow the directions.

Another source, supported by the federal Centers for Disease Control, is www.vaccinefinder.org.

Hall said no-shows are a problem locally, asking people who make more than one appointment to cancel the one not being used to give others who are waiting a chance for vaccine.

It’s not clear how easy that is to do.

Hall, who has experience as a “secret shopper,” said she tried to register on MyTurn to evaluate how it’s working.

“It’s problematic,” she said, explaining that she entered various ZIP codes and got a reply that no appointments are available, try San Benito County, even though she knew as the agency director that appointments were in fact available.

The upside is the state has corralled most health providers onto a single platform, making it easier to track California’s vaccination progress.

Hall announced an agreement with the Santa Cruz County Office of Education and Dominican Hospital to partner on a vaccine clinic for students, targeting those at risk in South County, offering 1,700 county doses, in two or three weeks at a location to be determined.

Santa Cruz County health officials have prioritized equity, allocating 60 percent of its doses for the greater Watsonville area and its Latinx community, which has seen the most cases.

To reach them, the county has worked with ag employers and set up access codes so vaccines reach the 7,000 year-round farm workers.

This week, the county began using geo-sensing, part of MyTurn, to see if people requesting appointments are in the priority group.

Ghilarducci said 95076, the Watsonville ZIP code, has received the most vaccine.

He cited these milestones: 72,000 county residents fully protected, 50,000 with one shot in the two-shot series, about half of the eligible population.

Among those 65 and up, 86 percent have had one shot and 65 percent are fully vaccinated.

Among those 16 and up, 52 percent have had one shot, and 32 percent are fully vaccinated.

Asked about herd immunity, Ghilarducci said it’s “somewhere between 60 percent and 70 percent. We’re going to start getting to that threshold in mid-May” – unless a variant emerges that is resistant or “if we see more vaccine hesitancy.”

Asked if the vaccine would wear off after six months, Ghilarducci said manufacturers evaluated the vaccine at the six-month point, finding it effective, but didn’t draw further conclusions.

“We haven’t had enough time to know how long it lasts,” he said.

Hall suggested taking a photo of the vaccine card from the first appointment, emailing it to yourself for safekeeping, and bringing it to the second appointment. It may help you get into a future sporting event, she said.

With the state’s shift to MyTurn, more vaccines are going directly to health providers instead of county Public Health.

Salud Para La Gente is eligible for 5,000 vaccines a week, and likely will partner with the county to use the fairgrounds at a clinic, Hall said.

The Santa Cruz County Office of Education has created a campaign in Spanish to encourage educators, childcare workers and farmworkers get the vaccine. The information phone line is 831-466-5906.

Cabrillo College in Aptos is getting $16 million in federal COVID relief, part of the $1.9 trillion package signed by President Biden.

The aid package includes $25 billion for restaurants with grants to be awarded by the federal Small Business Administration, $7.25 billion for the Paycheck Protection Program forgivable loans for small business and nonprofits applying through a bank, $15 billion in targeted Economic Injury Disaster Loan advance grants through the SBA, and $16 billion in grants to shuttered entertainment venues, also through SBA.

From mid-November to mid-March, the pandemic kept restaurants, gyms and movie theaters from opening indoors, eliminating thousands of jobs and sending unemployment up to 8.4 percent.

Shipments of the one-shot Johnson & Johnson vaccine had been expected to be extremely tight due to violations at a manufacturing plant in Baltimore run by its contractor, Emergent BioSolutions, and 13 to 15 million doses discarded due to contamination issues, according to The New York Times. Emergent has been cited before, according to the Associated Press.

California, Texas, Florida and Virginia were expecting their weekly Johnson & Johnson delivery to shrink — in California, from 572,000 to 67,600, according to the New York Times.

Johnson & Johnson’s vaccine has two advantages over the others – one shot is needed instead of two and it can be refrigerated, not requiring extremely cold storage.

The timing is potentially frustrating as more Californians get access to www.myturn.ca.gov, the app to sign up for vaccination.

It may mean looking for appointments that do not exist. Alternatively, the other vaccine manufacturers, Pfizer and Moderna, may step up production and make up the shortfall.

Deaths in Santa Cruz County have leveled off at 202, with 51 percent of deaths at nursing homes and assisted living facilities. Locally, 79 percent of those who died were age 70 or older and 77 percent had other health conditions.

A year after the pandemic began, with 23 million vaccine does administered and case rates plummeting, 22 counties are in the Red Tier and 33 in the Orange Tier.

On Wednesday, Santa Cruz County reported only four people hospitalized with COVID, none in intensive care, only 158 active cases, and more than 127,000 negative tests.

For details on what can open in the Orange Tier, see covid19.ca.gov/safer-economy.