Krista Snelling, the new president and CEO at Santa Cruz County Bank, describes herself as a math geek and an extrovert. 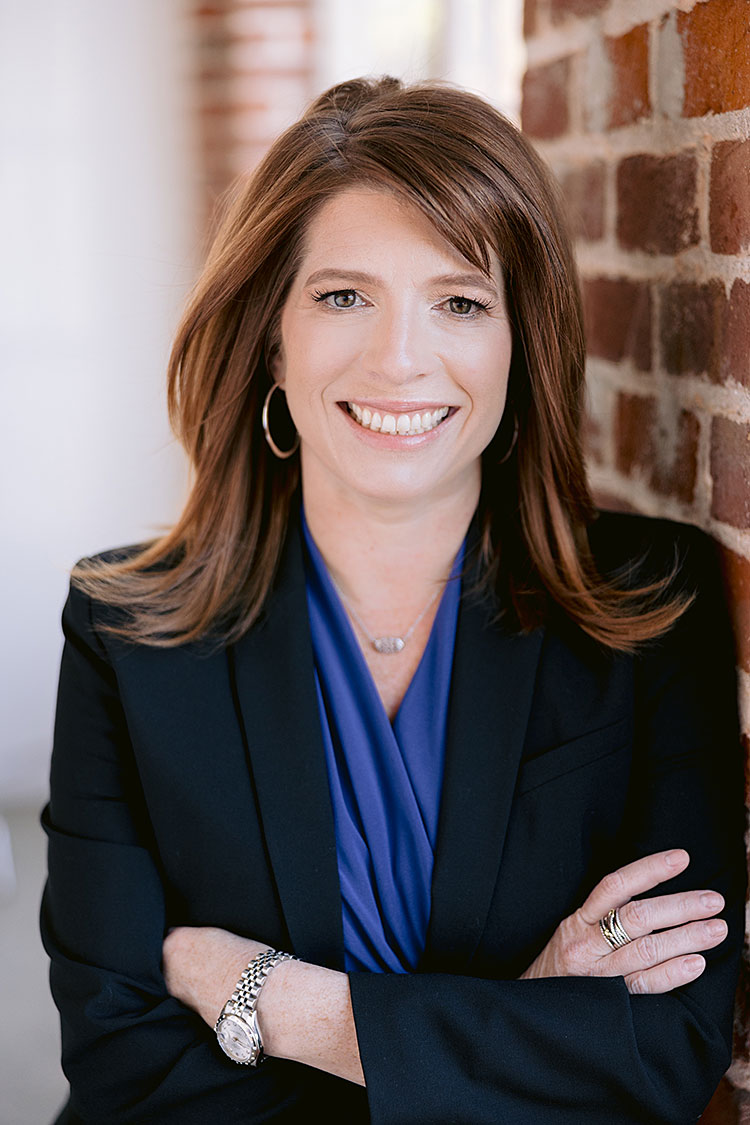 She double-majored in math and economics in college and went to graduate school at UC Davis to get a doctorate in economics. A year in, she realized she should pivot out of academics. Snelling got her master’s degree, bypassed accounting, and took a job in the audit division at Arthur Andersen.

She enjoyed the work. Her next move was the KPMG audit division.

She left Sacramento, with her husband and two teenagers to join her in the summer, recruited to become the first woman president at the locally owned Santa Cruz County Bank, succeeding David Heald on March 1.

“I’ve been a math person, I loved numbers — banking is a great place to be,” Snelling said with a smile, holding up her calculator.

Snelling talked with Times editor Jondi Gumz about the impacts from the pandemic and the future for women in banking.

Competing with three major national banks, Santa Cruz County ranks fourth in the county with 14% of deposits. What’s your strategy to grow deposits? 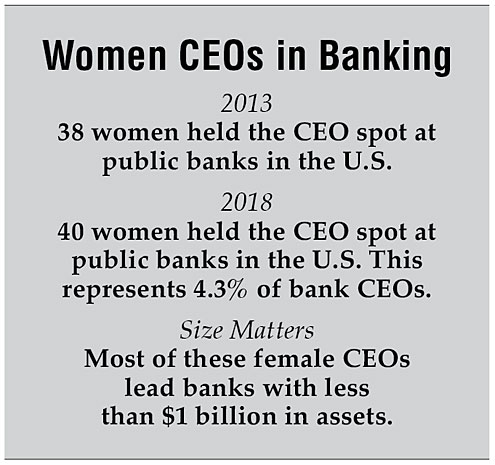 It absolutely is a priority. What we’re going to do, the same as always, is build relationships… Not just making loans, but understanding the needs of the business rather than having it be transactional. Competing is easier to do now. One of the initiatives we have is the future of online banking and mobile banking — making sure we’re right there relative to the majors. Use technology to level the playing field, we have the community focus, you get the whole package.

A Harvard analysis found community banks issued almost two million forgivable Payroll Protection Program loans worth nearly $200 billion in three months, representing 45% of the total number and 41% of the dollar value, while controlling only 12% of banking assets. Can you talk about PPP and community banks?

Everything I’ve heard is that community banks crunched above their weight on PPP. The feedback from customers was working with community banks was a lot easier because of having access to decision-makers and speed to serve.

The PPP loan is a perfect example of the value community banks bring. Customers who had relationships saw the value of having those relationships. At larger banks, the decision-makers are elsewhere, where you are in the queue is harder to get your hands on than at a bank where you have a relationship. I know who to call and can get back to them real quick.

What changes from the pandemic do you think will be permanent? Any idea when employment might recover locally?

There’s a lot of flexibility in where and how people work. People have gotten used to using technology. That entire landscape has changed. People at tech companies are leaving California, going to cheaper areas to live. People have seen they’re just as effective as they were before. It’s going to change the commercial landscape.

I am so happy to see the Santa Cruz numbers improving week by week. I feel there’s a lot of pent-up demand for tourism in this area … People stuck at home for a year want to get out. When will it happen? I’m not sure. I’m happy because I live here now.

What advice do you have for local business owners?

Be flexible, adaptable, willing to pivot. The companies and people who’ve made it are people who did that … I think a lot of that is going to continue. I heard a story on NPR about restaurants with outdoor dining. Now people can eat inside, but they’re saying we want to keep these outdoor spaces.

I hope a lot of that lasts. I live in Capitola, I walk to the village all the time, you see pedestrianized outdoor areas. To do that, we had to give up parking spaces, isn’t it worth it?

What’s your impression of the local housing market? The median home price was $1.1 million in January and February with listings historically low.

All I’ve been hearing is it’s tough out there right now. Houses are selling really quickly, multiple offers, low inventory. I’ll be entering the fray this summer … It’s kind of stressful. It’s great for the seller. Sacramento is seeing the benefit of a lot of Bay Area people coming in — tech people.

What is it like being a successful career woman in banking — not so long ago considered a man’s world with deals made on the golf course?

I’m pleased to say anyone who works around me will not have that experience … I look forward to mentoring women and men in the future.

Can you give an example of mentorship that made a difference?

I’ve lived in Sacramento my entire life, and I have mentors and friends and colleagues and confidants in this network. When this opportunity came up, I said, OK, team, circle around. Everyone was so supportive.

My son is going to college in the fall, but my daughter is still in high school, I can’t imagine making a life change without having that network to advise me. With COVID and remote school for my teens for 9 months, their lives were not the same. When people hear they’re moving to Santa Cruz, they say, “Oh, you’re so lucky!”

How does having a woman in top bank leadership make a difference in the community? Can you give an example from your experience?

At Five Star Bank, I started a group of all women customers of the bank, either business owners or decision-makers, executives. We would get together. The group got really big, 40 people from C suites … A lot of these women had spent a lot of time being the only woman in the room — seeing the energy and positivity in the room, it was amazing.

And people got business out of it. A woman who owns recruiting firm, one with an employee benefit company, and a CPA met each other at this event, and they hired each other. We met three times, then COVID happened. I would like to start something like that here … It’s one of things I’m most proud of.

With state law mandating women on corporate boards, do you foresee another woman joining the board at Santa Cruz County Bank? How can banks encourage women to move into leadership positions?

Encourage women to step into leadership roles that get offered and to be ambitious and ask for what they’re worth. Any mentor should do that for you. It’s really meaningful for a woman to have another woman give that kind of encouragement.

I was so happy when I announced I was moving here, two women at my old bank got promoted into the C suite. I had helped them and mentored them. They were ready, so ready.

Orange Tier is the New Normal