Can InStock.Org Bite Into Amazon Prime?

Ian McHenry was looking for a Christmas gift for his daughter at the last minute. Amazon, the mega online retailer, had it but couldn’t deliver it in time. He looked locally and found it at locally owned Wonderland Toys in Soquel. 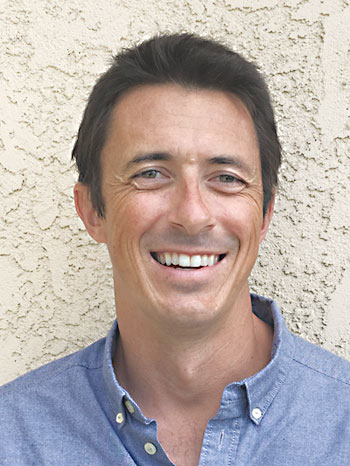 That experience inspired his new startup, InStock.org, which aims to help shoppers find any product in stock at nearby stores.

There’s no charge to list products, and the owners of Wonderland Toys, Hannah Stubblefield and Theresa Shellen, signed up.

So has Fybr Bamboo, Berdel’s, Toque Blanc, and the Homeless Garden Project, all in downtown Santa Cruz, and the MiniMint baby store in Pleasure Point.

McHenry is working with the Downtown Association in Santa Cruz to get more stores on board.

When he presented his startup to members of Santa Cruz Works at a virtual meetup, Amanda Rotella, project manager for the city of Santa Cruz Economic Development Office, was impressed.

“I’m super-psyched about this,” she said. “This is a really cool tool.”

McHenry, 37, of Aptos, is eager for more retailers to get on board. 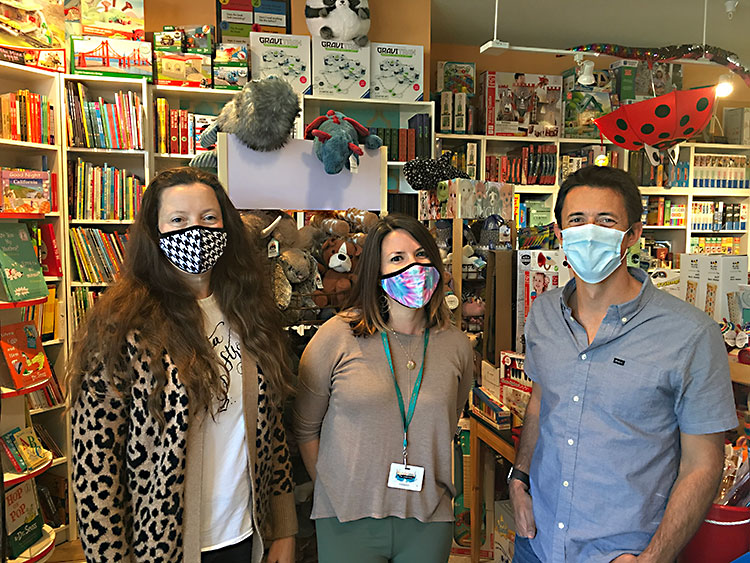 Getting your products online is time-consuming, the Wonderland Toy staff will agree. You need a picture, a title, and a description — and most stores have 2,000 or more products.

But if the store has a point-of-sale system where customers pays for their purchase, getting all that inventory into InStock.Org takes less than five minutes, according to McHenry.

The problem is — even though people are doing more shopping online because of COVID-19, half of the existing stores don’t have e-commerce capability, where you can click and buy.

For bargain shoppers, InStock.org has a Chrome extension with a popup feature that shows where you can find the product you’re looking for and the price.

McHenry said shoppers think they get the best deal on Amazon, but he’s found 90 percent of products the same price or cheaper at local stores. One example is diapers, where he said Target often has the best price.

“Amazon does deep discounts on loss leaders like a grocery store,” he said. “A majority of things are typically the same price.”

For the future, he’s thinking of a monthly subscription fee paid by shoppers to bring in revenue.

McHenry, whose grandfather was the first chancellor at UC Santa Cruz, grew up in Southern California where his father was a professor.

He spent summers and holidays in Santa Cruz, got his bachelor’s degree at Princeton, then went to San Francisco to work in tech.

After working on dynamic pricing for airlines — this is why airfares are always changing — he and a co-founder started a company, Beyond Pricing, in 2013 to help vacation rental owners make more money.

He said the company generated tens of millions in revenue and raised $42 million from investors led by Bessemer Venture Group. He had nearly 70 employees.

On the personal side, it was challenging. He was commuting from San Jose, where his wife was from, and not spending much time with his two daughters, one being a newborn. So he left the company in the hands of his co-founder, not knowing what he would do – until Wonderland Toys showed him the way.

This summer, he got his idea into Y Combinator, the prestigious Silicon Valley accelerator program — the second Santa Cruz company to participate — and getting $125,000 in funding to start.

“I’m a sole founder this time,” he said. “I wanted to have another peer.”

What he wants to create is “a local version of Amazon Prime, where you don’t have to think about shipping.”

Stripe, the downtown Santa Cruz, does free local delivery but most stores can’t do it on their own, he said.

Stores working together can bunch deliveries and get the goods to the shopper faster because the products are in stock locally, not coming from out of the county.

With momentum in Santa Cruz County, McHenry set sights on his next territory, Willow Glen and Los Gatos, where he “soft-launched” two weeks ago. And he’s hiring a data engineer and an associate to work on email and special marketing.

Complimentary Commercial For Your Business

Business Bankruptcy: What You Need To Know When...

Lighthouse Windows donates over $30K in Windows to...