Who Will Remove Dead Trees Creating A Fire Hazard?

Vienna Drive, a winding one-lane road, has a wooded area with trees on both sides between Soquel Drive and Austrian Way. It is the only access/egress road for what is commonly called the Vienna Woods neighborhood, consisting of a sizeable community of residences. It relies on the safety of this access road.

PG&E tells us that we live in an extreme fire-threat area and a recent flyer urges us to “Take Responsibility” and create defensible space which, according to “Public Resources Code 4291: requires that any person that owns, leases, controls, operates, or maintains a building or structure in, upon, or adjoining any land covered with flammable material shall at all times maintain 100 feet of defensible space.” 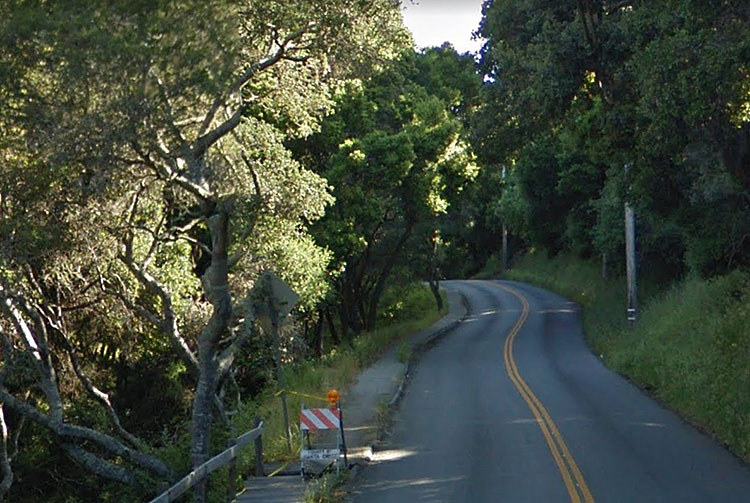 The Aptos/LaSelva Fire Department made it known that they cannot enforce Code 4291, which over the years has resulted in an accumulation of dead trees, branches and brush in various places along the incline side of the road on the property of a number of homeowners.

Just recently three dead trees fell down on the other side of the road. There are more dead trees standing as well as a few with widely exposed root systems.

A few years ago, I was told by Dan Frost, in one of his yearly inspections for the Fire Department, that I had to cut all the branches of my redwoods up to 6 feet from the ground. I complied and have had “no violation” reports ever since.

What reports, if any, are given to those who have an accumulation of flammable material on their properties, one wonders.

The County claims that the property owners own their land up till the road itself and it is therefore not responsible for the maintenance of the dead material lining the road.

That material may well lie beyond the 100 feet of defensible space, however, so who then is responsible for the rest?

Patrick Mulhearn, an associate of Supervisor Zach Friend, told us last fall about a chipper program that helps homeowners get rid of the flammable material on their properties. In May of this year we were told that it is funded and people can apply for help.

One would rightly assume that the person who contacts the homeowners yearly about their compliance or noncompliance with Code 4291 would inform them of the availability of this program, but even that does not seem to be a call for action at this time.

Because of the destructive life-claiming fires in California in the last couple of years, we have been made much more aware of the fire dangers climate change, heat and drought have brought upon us. California is focused on fire prevention as never before by working on fuel reduction where needed, cutting grasses, culling dead trees and removing brush.

It is one of Gov. Newsom’s principal concerns and a call to action. Neither the Public Works Department nor the Fire Department of Santa Cruz County appear to share this urgency when they show us that they won’t enforce Code 4291, at least in a number of cases, nor face up to what is their share of possible, immediate action.

Our Community Reads: Thank You!

An Opportunity for Change

Small Business Face Huge Hurdles As They Open For...

A Nontoxic Alternative to Roundup