Pictures From the Past: Photo Essay by Carolyn Swift 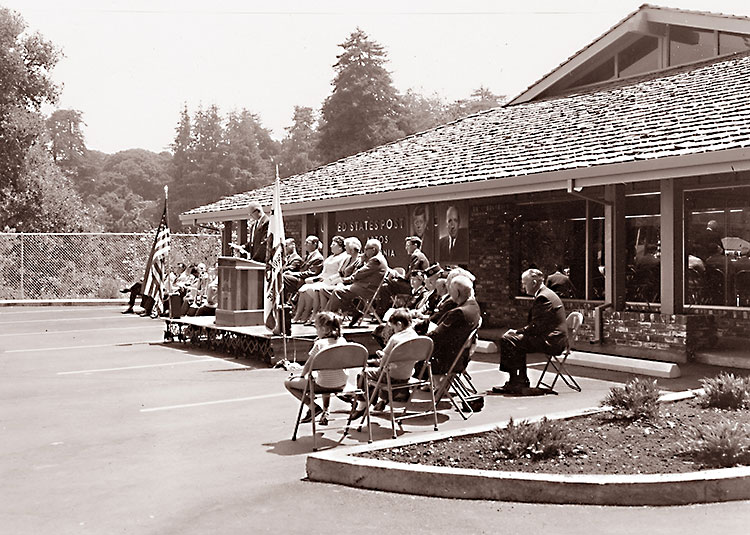 The site of the 1963 dedication of the Aptos Post Office at 140 Post Office Drive perplexes many people today who are familiar with the present building at Trout Gulch Road and Cathedral Drive.

That’s because after only a few years, the 1963 structure was judged to have been built at a cliffside location unsafe for a federal building.

Today the Warmth Company is snug in the same site, selling gifts for the holidays.

The newly-opened Betty Burgers at 415 Trout Gulch Road is also familiar to long-time residents as a former post office, built in 1949. After it ceased to be a post office, the structure became the home of the Central County News, edited by Lucile Aldrich, known as the “mayor” of Aptos.

How to Survive the Winter of Your Life

How To Fix Any Customer Service Problem

Know Someone in Crisis?