A Soup of Bitter Greens 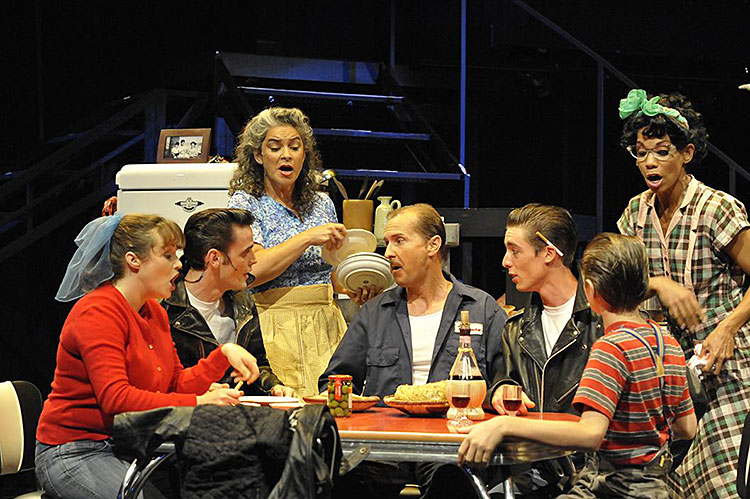 They say that too many cooks spoil the broth—but in our apartment back in Long Island City, Queens, everybody wanted to stir the soup. 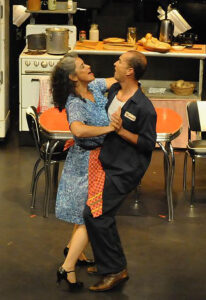 Certainly, Italian mothers wear the apron in their families. My mother was no exception. Mom ruled the kitchen with a firm, but loving hand and she knew how to put dinner on the table. Nevertheless, everyone on the block—neighbors, cousins, aunts, and uncles, and even, on occasion, the family bookie—somehow felt compelled to barge into Mom’s kitchen and regulate the sauce. A neighborly bit of advice was one thing—but most suggestions were laced with that full-throated “New York attitude.” That ultimate angst of repartee you somehow only learned years later was how you showed your love.

I guess in a hot-blooded household like ours – where phrases like “Listen to me, mister,” and “Don’t get me started” were the very marrow of intimate conversation— food wasn’t just something you ate. It was something you talked about. Discussed. Or should I say argued over again and again.

I found myself retreating from all the chaos with my own brand of fantasy—by “checking out” when the kitchen and the action got heated.

To get me beyond the insanity, the soup kettle was just such a coping mechanism—the onion, celery, carrot, zucchini, all swirling about in a heady broth—all dancing in the same pot. Safe, soothing, even predictable on occasion. Then, as always, a reversal—someone would waltz into Mom’s kitchen with a peppermill or a few pepper flakes. Or a good-intentioned neighbor would sneak in and turn up the heat. Those so-called surefire remedies could easily unsettle the balance and easily cause the pot to boil over. Not only on the soup, but on the family dynamic as well. 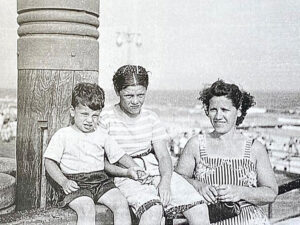 My sister Laura—perhaps Mom’s biggest pest—always had her hand and nose in one of Mom’s dishes. Streetwise at age 12, Laura stole meatballs, ate raw ravioli dough, and served as the self-appointed guardian angel of the spaghetti sauce. Sure, she could help Mom regulate the flavor of her gravy, but nobody else had better lift a spoon to even taste it. As Mom’s chief helper and nemesis, Laura had an opinion about everything, from soup to nuts, and she was always ready to get right in your face and tell you all about it. That is, until the back of Dad’s hand got in the way.

And Dad? He stirred the pot, all right. He hollered at Mom when dinner was late, roared like an animal when he smelled something burning (but refused to get up from his cozy spot on the couch), never failed to mention when the meatloaf needed more salt, and complained to high heaven when the alio olio (that’s pasta with garlic and oil) wasn’t hot enough for a Puerto Rican’s fiery taste buds. “More pepper flakes, Nonny. More pepper flakes!” he would thunder. One night he recited his entire recipe for Arroz con Pollo while lounging on the couch smoking Camels and picking lint from between his toes. Poor Mom had to crane her neck out the kitchen doorway and listen to him squawk—all the while taking notes with one hand and making her famous meatballs with the other. (Have you ever tried to roll a meatball with one hand? Mom sure could!)

Many an afternoon I remember relatives and neighbors sitting around the table puffing cigarettes and sipping little tumblers of red wine, discussing the important things in life: How to reduce a broth without “bruising” it, how to sauté the onions to intensify a broth, how to boil a chicken without drying it out.

Naturally, these food tales were heavily peppered with the events of the day—fishing trips to Coney Island gone sour, pieces of furniture Dad lost in a bet, promised Dodger tickets that never materialized. But for the most part, the conversation always came back to food: Either “gravy” or soup. 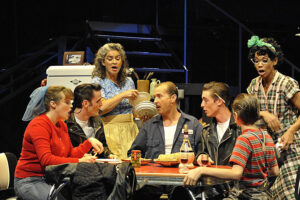 In our family, soup came in many forms. Take Minestrone, for example. Some said you started it with a mixture of diced celery, onion, and carrot, nurtured, and coddled gently in olive oil over low heat. Then, you’d add your vegetables and sauté them for a while and add water and allow it all to meld together until the greens become soft and intoxicating. Dad had his own no-nonsense approach: “Ahhh, just trow da vegetables into da pot and let ‘em cook, fa chrissake!”

There was bean soup, or what the Sicilians in our neighborhood called pasta fazool. If you put ten Sicilians, ten Neapolitans, and ten Venetians in a room you’d be offered a couple of hundred excellent variations of this peasant delicacy.

And Ah! There was Pasta Lenticchie. Or what my mother called “pasta lendique.” A simple blend of boiled lentils and tubettini pasta, this meaty flavor could send me to high heaven. Years later, Laura and I would argue for hours about whether Mom started her lentils with a ham hock, a slice of bacon, or a few diced aromatic vegetables. “You’re supposed to know,” I would scream at my sister, with the same venom I’d learned from all of them back then—feeling sheepishly apologetic a moment later.

Then there was Pastina. If Pastina brought us the salvation of chicken broth and all its curative blessings, its little pasta “stars” suspended in a translucent liquid firmament, then minestrone was the reality: The chaos of swirling vegetables, like sticks and stones tumbling in an earthy broth. If Pastina epitomized my mother’s nurturing, minestrone represented Dad’s dark, reckless abandon. If Pastina was hope and salvation, minestrone represented the murky insanity of all our hopes of escaping Queens.

But it wasn’t pastina that starts my story. It was Bitter Greens. Bitter because of Dad’s crazy lifestyle; savory because of Mom’s constant ability to assuage our anguish.

You’ll hear all Pastina later and about the Sicilian, Freddie who moved into our apartment to make book—because Dad surely must have owed him dearly for some undisclosed gambling debt.

For now, though, please be satisfied being soothed by Minestra di Verdura. It sure worked for me. Although I lived in a thick ethnic ragout of food, argument, and activity, a warm bowl of peasant soup, cut right through any stress, mild or aggravated and it was the main reason we managed to escape the Queens Bridge Projects and on to freedom in California.

Editor’s note: Stay tuned for the next episode.

Grand Jury: How a Community Center Became a...